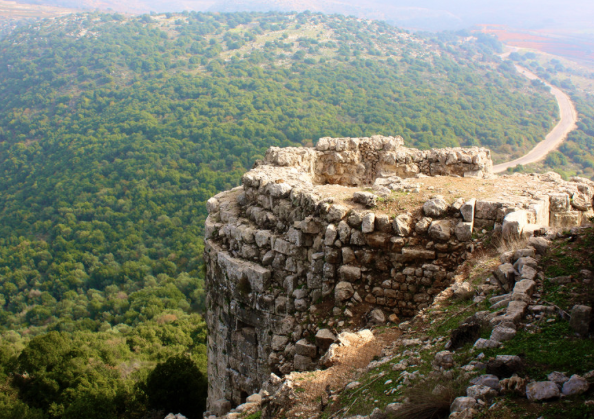 Peace talks about the future of Syria are being held in Geneva. Prime Minister Netanyahu took the time to visit the Golan Heights Sunday and declared that Israel will never leave the strategic region.

“The time has come for the international community to recognize reality,” Netanyahu said at the opening of a special cabinet meeting held for the first time ever on the Golan Heights. “First, that whatever will be on the other side of the border, the border will not change.

“And secondly,” Netanyahu added, “the time has come after 40 years for the international community to finally recognize that the Golan Heights will remain forever under Israeli sovereignty.” Via Jerusalem Post

During the 1967 Six Day War Israel took the Golan Heights and 1981 extended Israeli law and went to annexing it completely.

Why is this so important? The area of the Golan is so important because it keeps the terrorist back in Syria as well as Hezbollah in Lebanon keeping them at bay. History also shows every time Israel gives land for peace it is the Israeli civilians that suffer.

An example of that is when Israel was pressured in giving up Gaza during President George W. Bush’s administration.   When this happened it brought Hamas closer to the Israeli civilian population and gave them the ability to fire rockets into cities as far as even to Jerusalem. There should be no negotiations with terrorist.

By Bibi stating that Golan belongs to Israel he is showing he does not negotiate with terrorist. I would like to see more of this leadership from our Prime Minister not letting other countries dictate to us how we live our life.

On Eve of New York Primary, Ted Cruz Looks Beyond to Maryland

Daniel Greenfield: In the City of the Decadents