In spite of lesson after lesson in delegate dispersion, some people are still maintaining this election is being “stolen” from Trump.

It’s an accusation that’s not based on any reasoning, but talking points repeated from their leader himself. 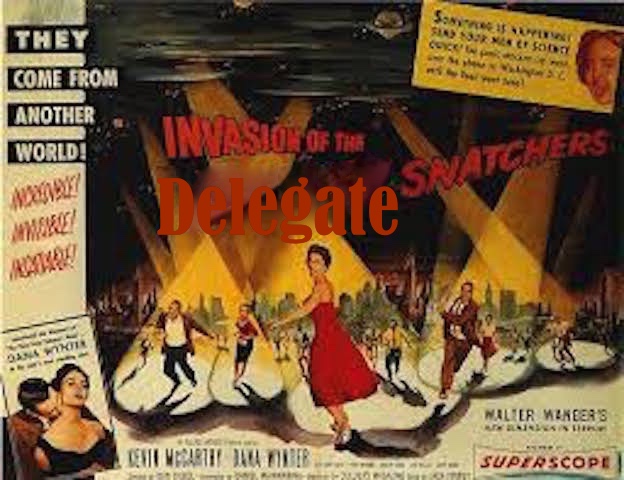 has drifted from its moorings, we all know this. We all fought for conservative candidates in 2010, when Dems got their just-deserved shellacking in the US House, in 2012, again same story and then finally in 2014 when the GOP won back the US Senate.

Now what we didn’t expect was for these hard chargers to bow down to the gods of DC, lobbyists, the president or special interests, as we have shockingly witnessed.

Having said that I want to make a very clear point: Real Republicans are not represented by the likes of John Boehner, Paul Ryan, Eric Cantor or even Reince Preibus.

Instead, look around you. Republicans are like you and me. We carry the brand because the two party construct forces us a choice, Coke or Pepsi.

In 2012 I was with my pro-life Warriors at the DNC convention in Charlotte. We maintained a presence there for the three – four days of convention. On several occasions democrats would come around behind me and whisper, “I’m a democrat but I’m also pro-life, thank you for being here.”

You should have just told me you were a black American in the KKK. Would have been equally as shocking.

Because I disagree wholeheartedly with the Westboro Baptists, do I then disassociate as a Christian simply because they wrongfully claim the same moniker? Let’s not throw the baby out with the bath water.

We identify as GOP because its’ platform most closely represents conservative ideals and American family values. If the so-called “leadership” doesn’t reflect those planks, it’s their problem, not ours. Let’s stop giving ourselves headaches beating our noggins on the desk expecting them to exemplify our ideals. Let’s just REMOVE the ones who won’t.

Now, back to the delegate issue. I’ve been to precinct meetings, county conventions and district conventions. District delegates are currently being selected in my home state and my previous state. Both states have conservative leadership in the party and supposed conservative elected officials.

Over the last few years as I have attended my precinct organization meeting, I’m either the only one in attendance or just a couple of us are there. Wow! And we wonder why so much happens without our input- this is why!!! All politics are local. If you don’t show, you’re not heard. If you’re not heard, you’re frustrated and upset, but who’s really to blame?

And for the county and congressional district convention, the most recent one I attended had 140 delegates there.

One hundred and forty.

In a district with a population of over 750,000 Oklahomans.

(Picking up my jaw…)

Now many say these 140 are the party bosses, the elite, the cigar smoking, brandy sipping bulwarks. HA! Not even remotely close.

Sure there are a handful in every crowd that you don’t quite know their true intention, but what I’ve witnessed is these are the people manning the phones, stuffing the envelopes, walking the street with flyers and signs, they are sometimes called activists. Hard workers. Concerned citizens.

What they are not is devious or malicious in their pursuit to turn the country around.

For all his delegate belly aching, Donald Trump really needs to freshen up on conservative issues and ideals, because if this morning’s gaffe about transgenderism and letting men into women’s bathrooms didn’t wake you up, you may need to turn in that conservative card.

Of course by the time this diatribe of mine goes live, I’m sure some surrogate somewhere will have told us he didn’t hear the question correctly or somehow he misunderstood.

And THIS is why we don’t eliminate the primary and caucus process, time usually reveals chinks in the armor. Thank God for our founders’ wisdom.