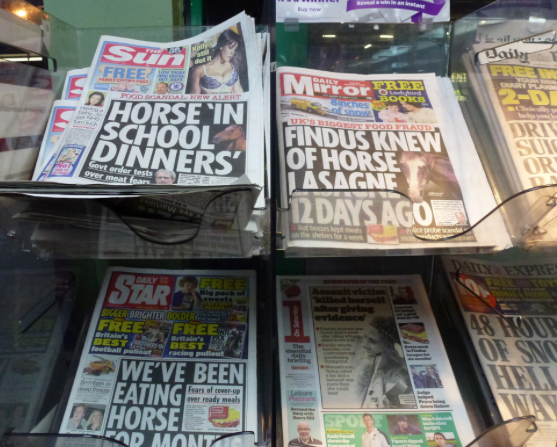 Hello, my name is Brendon Berger, and I have a problem…

Now, lest this drift into yet another ‘those darn millennials’ fist shaking piece, lets start by saying every generation did/does ridiculous stuff. I have to stifle a laugh every time a boomer tuts about how ‘entitled’ and ‘self interested’ millennials are (Haight-Ashbury anyone?). I think a large part of the problem millennials face is simply that they (or ‘we’ I guess) are the first generation that really lives its collective life out loud. Finding people who maintain even a modicum of privacy about their lives is a rare occurrence, as every collective impulse pushes us toward Facebook, Twitter, Instagram, Vines, and on and on.

Our virtues and vices are therefore laid bare for the world to see in a way that has never been experienced before. And human nature being what it is, the world at large almost exclusively chooses to focus more on the latter than the former. Believe me friends, I’m familiar with this particular phenomena. People will lug around a grievance forever, no matter how slight. I work in local media and not a day goes by that I don’t get multiple messages that range from critical to blistering. Thus it is evident that we (millennials) are not a group lacking in flaws.

But there is one flaw in particular that we tend run high up the proverbial mast, which I call ‘headline think’.

I define headline think as creating a core conviction or foundational belief based off of a very small amount of input, or a ‘headline’. I almost said ‘data’ instead of input but I realized that it wouldn’t be entirely accurate (more on that later). Essentially it is substituting a slogan for reasoning on a given issue. Though the rest of this article will largely focus on the progressive end of the spectrum, because I believe it is slightly more prevalent in that neck of the woods, I should say this is not a strictly partisan thing. Intellectual laziness is everywhere and, as I’m fond of saying, no one has a monopoly on bad ideas.

Why this sort of thing happens is an interesting question. Most if not all of us are prone to taking the occasional intellectual short cut from time to time. The reasons vary from simple laziness (and we are all entitled to some of that, never let anyone tell you different) to the more or less conscious choice to omit reflection on an issue if there is a fear that by pulling on a thread it might start unraveling other core beliefs. Confronting inconsistencies in your own reasoning can be intimidating under ideal circumstances, how much worse if it’s something you’ve built a world view upon it?

Lets examine a prominent recent example of ‘headline think’, and almost a classic of the form:

It is not an exaggeration to say that there are great many people in my generation whose entire world view on so called ‘wage inequality’ is based on this sentence alone (not even a compound sentence). As a call to action it’s not a bad candidate. Even my own sense of fair play can’t help but be rankled by this; after all, people doing the same job should be getting the same wage so long as they are both doing it well.  Right?

We have just witnessed the birth of headline think. That one sentence has been enough to define an entire issue (or non-issue) for thousands of people. The fact that this statistic is extremely misleading isn’t the point. (For a more detailed, and humorous, take on this I recommend the YouTube channel ShoeOnHead. Check out Shoe’s video on the ‘wage gap’ HERE.)  Embracing this kind of headline think satisfies two major needs for those who embrace it:

1) It lets people feel as though they are involved in ‘the good fight’. Everyone likes to feel like they are making a positive impact in the world and this satisfies that need.

2) It’s a nice ego boost. The prevailing perception amongst people who hold views like ‘.77 to $1.00’ is that they are a plucky and oppressed minority, refusing to compromise in the face of insurmountable odds. This is, at best, debatable but it’s all part of the self narrative that makes reducing complex issues to a headline attractive.

The beauty of this approach is that it creates an essentially invincible position, because there is no position to defend. By reversing the critical process and beginning by accepting a conclusion as absolute and then seeking out ‘proof’ to support it the believer no longer needs to entertain ideas or evidence that contradict their view because it has already been accepted as true.

I like to think of a debate between reasonable people with opposing views as a journey along an interstate toward one of two possible outcomes:

1) An agreement by one party or the other that their former position was incorrect and then changing it.

2) Or an agreement to simply disagree on the issue realizing that neither party will ‘convince’ the other to abandon their position.

This process, as outlined above, can be a painful one for both parties. Sometimes people have to confront hard truths about their own reasoning. Embracing headline think allows people to avoid this sort of self examination. Because their worldview is already certain in their own mind, challenges to it are by definition irrational. I call this ‘taking the intellectual off ramp’, rather than engage further in the discussion/argument the headline thinker is able to simply apply the a label to their questioner (or as they often see it, their attacker) and disregard what they are actually saying. Not only can they, it’s usually priority #1 when confronted with an opposing idea and they actively seek the first ‘off ramp’ they can find.

Using our specific example from above: someone pointing out that the wage gap statistic is misleading can be disregarded as a ‘misogynist’ without further thought. These labels are endlessly adaptable. In the case of the wage gap debate, women that point out the problem with the seventy seven cents statistic are simply pegged as having ‘internalized misogyny’. Substitute ‘racist’, ‘rape apologist’, ‘trans-phobic’ and the tactic works perfectly in any number of other hot button debates.

I realize I’ve drifted slightly from my opening theme so now back to the unique susceptibility of millennials to headline think. It might not even be fair to say we are uniquely vulnerable to it, it’s probably more accurate to say that, like so much else we do, when we embrace headline think we do so out loud for the world to see. No invention has been better for spreading the practice than Twitter, something that either forces you to condense complex concepts into a small amount of text or ideally suits someone’s relatively simple preexisting ideas. You can reap the endorphic pay off of feeling like an activist by simply saying #WageGap without ever having to do anything or defend the idea. Hash tag activism is a Godsend to the headline thinker.

Headline thinking is both easy and allows someone to maintain comfortable beliefs regardless of their efficacy. So what can you do about it? Nothing really. Just be better. Remember that another deep appeal of headline think is that it satisfies a visceral and emotional need while cloaking it in an intellectual fig leaf. As a fundamentally emotional phenomena, it is not possible to reason someone out of it; you can’t ‘convince’ someone to not feel their own feelings (ever tried to convince a woman to stop being mad at you?). It’s simply a matter of recognizing that we are all prone to this sort of thing from time to time and merit lies in keeping it to a minimum.

So go forth friends and observe the absurdity of the headline think all around you. Be it in politics or elsewhere you’ll now see it everywhere. Remember that as frustrating as headline think and the haughty air of intellectual superiority adopted by it’s most skilled practitioners can be, you, my friend, have something better. By doing your best to minimize headline think you have the satisfaction of knowing you hold a belief set that is both rational and well thought out!

….yeah…it’s not much comfort to me either…

At the Apollo Theater, Bernie Sanders Slams the Clintons on Race

There's No Such Thing As "Stealing" Delegates