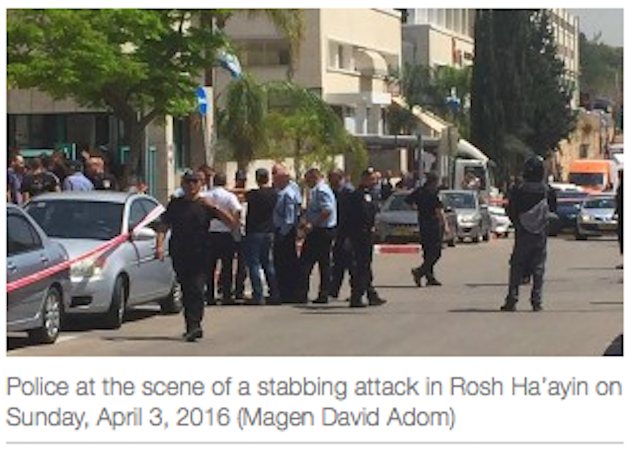 While world leaders continuing to condemn Israel for fighting the same enemy they face, on Sunday there was a terror attack earlier today in Israel in the Rosh Ha’ayin Province near Tel Aviv.   A woman was wounded in the shoulder but wil be ok and the terrorist was neutralized.

The reason for my opening statement is because of the situation that happened last week when an IDF soldier killed a wounded terrorst, the UN as well as the United States condemening the IDF soldier for doing his job. The soldier was investegated for war crimes with the charges of murder then it was brought to manslauger. Recently the soldier was released.

Prime Minister Bibi Netanyahu spoke at a press confrence regarding the situation as well as comemerating the Israel Defense Force as being one of the “most moral Militaries in the world”.  I agree with this statement experincing the war with Hamas a few years ago. I have seen how the IDF has sent leaflets to the Arab civilians to help them from clutches of Hamas since they were being used as human shields.  The medical team also treats terrorists, if still alive, for medical care.

This is the injustice that Israel faces on a day to day bases. While the world leaders stand together when another country falls to the same enemy but condemns Israel just to defend itself.

Scathing OpEd by Actress Margot Kidder to Hillary and DNC: "You will pay for your contempt"