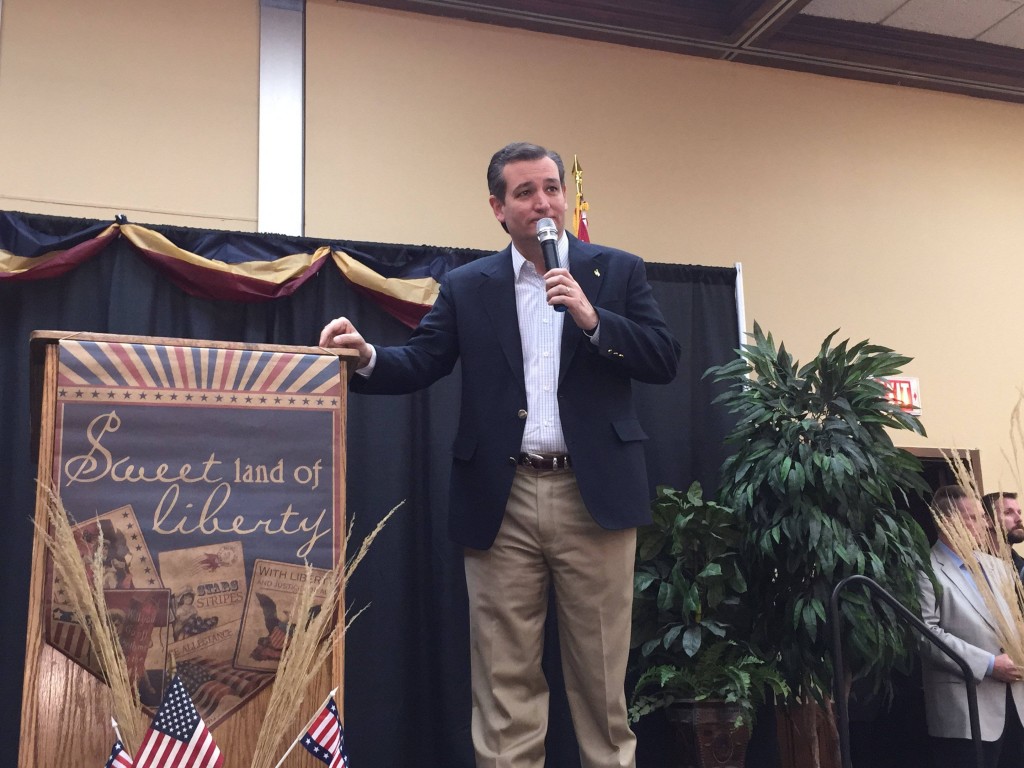 Ted Cruz on Saturday won all of the 14 Wyoming at-large delegates that were up for grabs at the state’s convention, another sweep for the Texas Senator in the Western states.

Less than 500 elected county delegates met in Casper, Wyoming early Saturday morning to elect the last 14 up for grabs delegates. Cruz was the only candidate to address the convention in person, urging the assembled crowd to back Cruz supporters for the delegate slate in order to stop both Donald Trump and Hillary Clinton.

“If you don’t want to see Donald Trump as the nominee, if you don’t want to hand the general election to Hillary Clinton, in which is what a Trump nomination will do, then I ask you to please support the men and women on this slate,” Cruz said, as he held up a piece of paper that showed a ballot of the 14 delegates supporting him. “The state of Wyoming right, now the entire country — its eyes are on this state.”

Alaska Governor Sarah Palin was scheduled to stump for Trump in the convention but canceled her appearance. A Trump-delegate, Claire Powers spoke in behalf of Trump and ask the crowd who do they prefer between the two top rivals. “Who do we want, Cruz or Trump?” Powers said before the crowd interrupted her by shouting back – “Cruz!”

The victory for Cruz demonstrates how his grassroots efforts and his campaign have organized a strategic movement to prevent Trump from garnishing the 1,237 delegates needed before the July GOP convention as well possibly causing a contested convention to occur.

“We had a tremendous show of grassroots support that resulted in a critical victory at today’s Wyoming Republican Convention,” Cruz said in a statement. “Republicans overwhelmingly elected delegates who will support us at the national convention and nominate us to take on Hillary Clinton.”

Trump called foul well before the votes were cast early Saturday morning on “Fox and Friends” stating the system in both Wyoming and Colorado are unfair based on the process. “I don’t want to waste millions of dollars going out to Wyoming many months before to wine and dine and to essentially pay off all these people because a lot of it’s a pay-off,” Trump said. “You understand that, they treat ’em, they take ’em to dinner, they get ’em hotels. I mean the whole thing’s a big pay-off, has nothing to do with democracy.”

As New York gears up for its primary on Tuesday with 95 delegates are up f0r grabs in a proportional base primary, both Cruz’s rivals skipped out on making the trip to Wyoming and focused on campaigning intensely in the empire state. Trump spent his day in upstate New York holding two rallies, while Ohio Governor John Kasich was in Long Island visiting a Synagogue.

Brooke McGowan: Sick and Tired of Drudge? A GREAT Alternative Has Arrived!