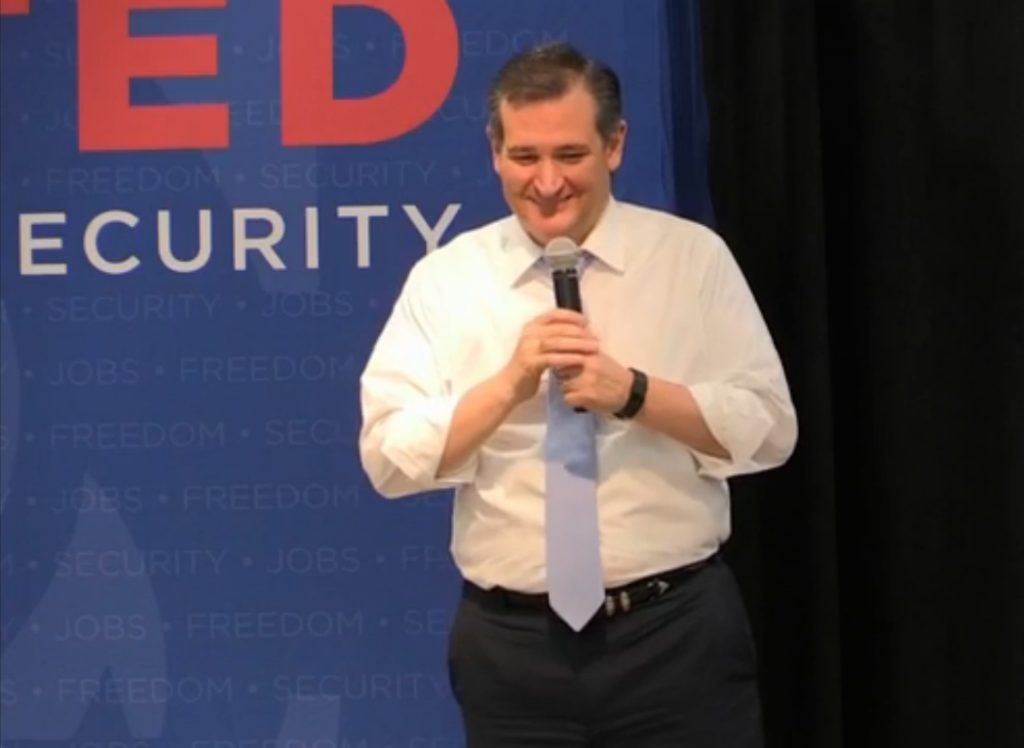 On the eve of the New York primary, Texas Senator Ted Cruz made a campaign stop in Maryland Monday afternoon, one of the five states that is scheduled to hold primary contests next week.

Looking beyond the New York’s primary, Cruz urged supporters to send a message to his chief rival Donald Trump by denying him the delegates he needs to secure the GOP nomination by voting for his campaign in the Maryland’s primary next Tuesday.

“Maryland is a battleground,” Cruz told hundreds of supporters at an American Legion Post in Towson, Maryland. “Maryland is going to have an outsized voice as the nation is looking to Maryland to decide  — do we nominate Donald Trump and hand the election to Hillary Clinton, or do we unite behind the Cruz Campaign?”

Typically during this time of the year in a presidential primary, there is a concrete winner waiting to head to the convention and securing enough delegates needs. That’s not the case right now with New Yorkers heading to the polls on Tuesday, a state that looks like it will give Trump a hometown sweep. Next Tuesday, five North East states — Maryland, Pennsylvania, Rhode Island, Connecticut, and Delaware will now become the battle ground in the quest for delegates.

Former GOP rival, Carly Fiorina, one of the five former hopefuls who endorsed Cruz recently introduced the Texas Senator to the crowd while warning the crowd that Trump and Democratic front-runner Hillary Clinton are “two sides of the same coin.”

“The people that I know who voted for Trump think that he’s going to challenge this system,” Fiorina said. “Guess what folks? He is the system. And the truth is that Hillary Clinton and Donald Trump are two sides of the same coin.”

Cruz focused his speech on his campaign message platform — jobs, freedom, and security while calling on Republicans to unite.

According to a recent Monmouth University Cruz is polling third in Maryland with 19%, while Trump in the lead with 47% followed by Ohio Gov. John Kasich with 27%.

Maryland’s primary will be held on April 26.

The Hoax of "Countering Violent Extremism"

The Golan Belongs to Israel