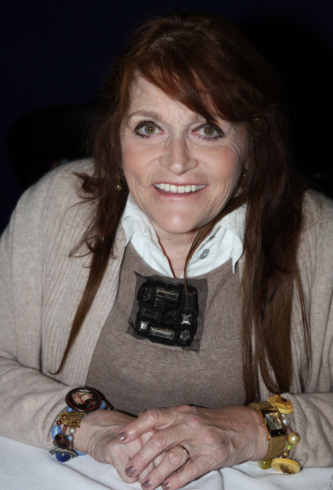 Actress Margot Kidder (“Superman”) wrote a scathing article claiming Hillary Clinton (and the DNC) “bought the loyalty of 33 state Democratic parties.”  Kidder wrote, “The Super Delegates now defying democracy with their insistent refusal to change their votes to Sanders in spite of a handful of overwhelming Clinton primary losses in their own states, were arguably part of that deal.”

What do billionaires like Esprit Founder Susie Buell of California, and Sri Lankan lobbyist Imaad Zuberi of California, and media mogul Fred Eychaner of Chicago, and Donald Sussman hedgefund manager from New York and Chicago real estate mogul J.B Pritzker, and gay activist Jon Stryker of NY, and NRA and Viacom lobbyist Jeffrey Forbes and entertainment mogul Haim Saban all have in common?

They all appear to be brilliant business people who have all given millions to Hillary Clinton’s presidential campaign and to her various PACS. And they all gave the Montana State Democratic Party $10,000 each in 2015. It is doubtful that many of them have any interest in Montana politics, or that they have even bothered to visit.

None of these are awful people; they are simply awfully rich. And they like their friend Hillary and want her to be the president. And if some of their millions will buy her way into the White House then so be it. None of this is illegal. But it makes a mockery of Ms. Clinton’s pledge to further the cause of campaign finance reform.

And the Hillary Victory Fund’s marriage of convenience with the Montana party negates Governor Steve Bullock’s eloquent insistence that he will do anything necessary to overturn Citizen’s United. And the coldness of the deal’s intention of doing anything it can to further Hillary Clinton’s chances for becoming President brings Senator Jon Tester’s stated neutrality in the Democratic primary into a sharp and unflatteringly hypocritical focus.

One doubts that most of these one percenters adore fly fishing. Or care much about mountain climbing, or skiing, or collecting morel mushrooms along the edges of the Yellowstone river in the fall. We can safely assume that they will not be raising buffalo for meat in the near future, or buying an organic farm next to Senator Jon Tester’s. In fact we can probably assume that most of them have never been to Montana.

And one doubts if many of them care or not if Governor Steve Bullock will get re-elected or will be replaced with a creationist businessman named Greg Gianforte whose family gave $1.5 million to a creationist museum in Glendive, Montana that proudly displays a man riding a dinosaur as if it were a rodeo horse.

That outsiders could make their votes count for more than our own in our Presidential primary by supporting a system that is rigged in favour of the wishes of lobbyists and billionaires running their money through our state democratic party coffers is a concept that most Montanans would be repulsed by.

Kidder ended her article by listing Hillary’s beneficiaries. “Look, we know the deck is stacked that Hillary and the DNC get all the face cards and that you’re dealing from the bottom of the deck,” Kidder writes.  “But just give us an ace from time to time, or maybe even a small straight. Don’t rub our hopelessness in our faces as if we are too dumb to know. You will pay for your contempt. If not this year, then the next.”

How Religion is in the Crosshairs