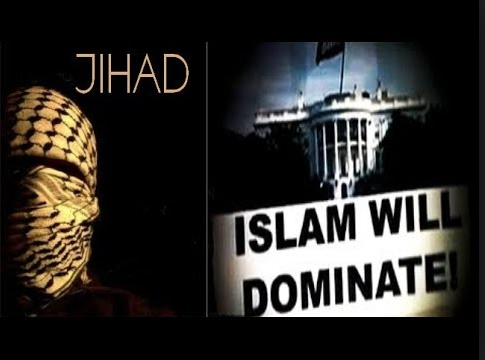 The Council on American Islamic Relations, known to most people as CAIR, tries to cultivate a pristine and tolerant image. Its concern is fostering love and brotherhood between the Muslim faith and people of other cultures and beliefs in the United States, they say, and to expose the ignorance and bigotry of people who are suspicious of Islam. They mean no harm to anyone (honest!), and wish only for all people everywhere to join hands and sing together in friendship. It’s a wholesome, lovely idea.

The only problem is, it’s a lie. The CAIR group is a known sympathizer of terrorist organizations in the Middle East. One example would be Ahmed Bedier, founder and one time executive director of CAIR’s Tampa, Florida chapter. Bedier is quite unashamed in his public support of the terrorist group Hezbollah, which uses suicide bombings and other terror attacks against Israelis. Bedier was recently invited to a St. Petersburg Catholic High School to deliver a speech to the student body, in which he denounced the rising tide of “Islamophobia” in the US. During his speech, he blamed the US for the rise of the terrorist group ISIS in Syria and Iraq, but of course was quick to marginalize their overall representation of Islam, calling them (a 30,000 strong group) “a few people”. He also compared a Jewish podiatrist whom he accused of planning to attack an Islamic center to Osama bin Laden, a global-scale terrorist leader whose plans are confirmed to have killed at least 3,000 people. CAIR as a whole is also known to associate with Hamas, another band of terrorists in the Middle East. They deliver their heartwarming messages of tolerance and love as they support butchers and murderers.

This is especially frightening because CAIR recently completed a “Muslim Voter Survey” in which they assessed the potential political impact of Islamic voters in the United States. And that’s fine;  Muslims (like all other Americans) are free to vote for whomever they like. What’s worrying is the thought that CAIR, a well funded organization, could potentially rally behind its own candidates and lend them financial support. Thankfully, there’s no evidence this is happening in the presidential race this year, but what about local elections on the state or even city levels? Could there be candidates with secret terrorist sympathies being funded by CAIR, to whom they would be beholden if they were to win office?

Politicians are answerable to the people who pay for their campaigns. It’s an altogether too well known fact, and is the reason that candidates who can afford to pay for their own public office bids or accept only small donations from a wide swath of supporters are perhaps preferable to the Super PAC-charged alternative. But even if we accept a political candidate with big money behind them at all, it is essential that we take the time to look at exactly where that big money is coming from. Because make no mistake, these candidates WILL be expected to serve the interests of their wealthy campaign donors first, before the people who actually elected them are given a thought. But as bad that is by itself, it become positively disastrous if the wealthy donors are people with ties and sympathies toward known terrorist groups. Before you decide on a candidate in any election, no matter how seemingly small, please, research him or her and learn the truth of how they got their funding. Anyone with CAIR standing behind them is answerable to a terrorist organization. It is something to think about.

Daniel Greenfield: Surrendering to ISIS is the Only Way to Defeat It