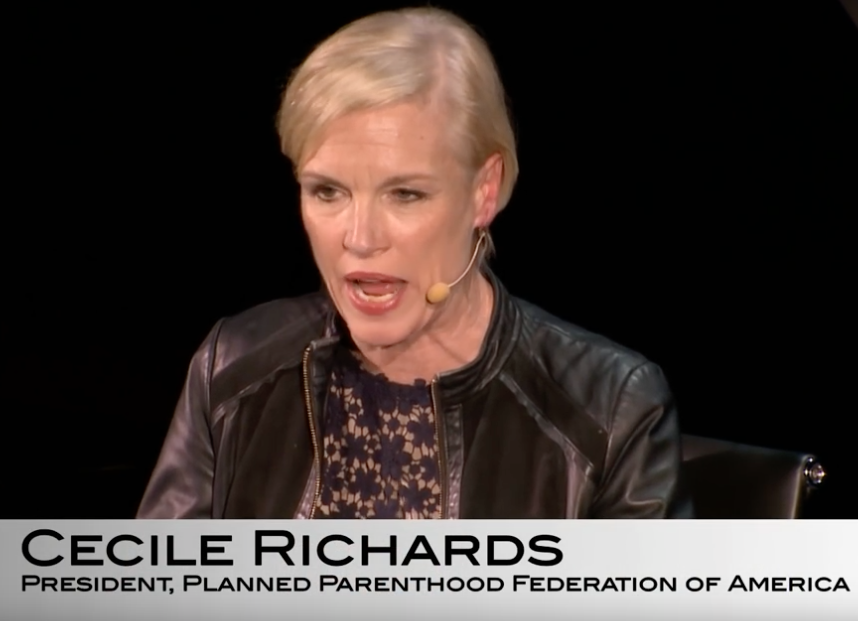 Men have almost no reproductive rights in America.  American men are at the mercy of women when it comes to children.  Men certainly cannot compel a woman they’ve impregnated to abort the child conceived; nor do men have any right to protect their offspring from being aborted by a spurned wife or lover.  American women hold all the reproductive rights, physically and legally.

Now, Cecile Richards, that great big abortion bully, wants to see to it that men do not even have a persuasive voice in the national debate about abortion.  Mrs. Richards is the grand and glorious leader of the pro-abortion group Planned Parenthood, the nation’s biggest abortion provider.

And just last week she told men to sit down, shut up and just write the checks when it comes to abortion.

Abortion is very big business.  Testifying under oath before Congress last year, Richards admitted that a whopping 86 percent of Planned Parenthood’s non-government revenue stream comes from abortion and appears to make up a large part of Planned Parenthood’s hefty $765 million profit over the last decade.  In the wake of the damning undercover videos showing Planned Parenthood negotiating to sell aborted baby body parts, Cecile Richard is out to deflect attention away from that evolving scandal.