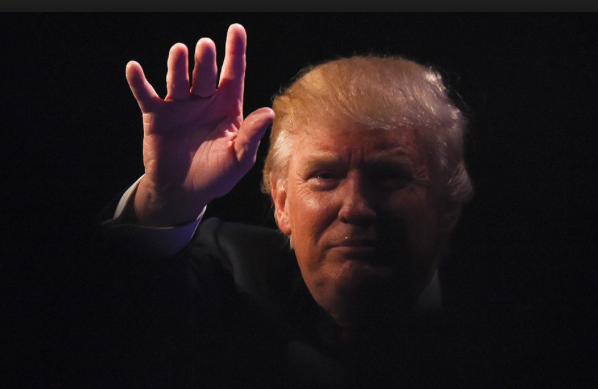 There are those of us who are fed up with how the Republicans have been giving away the power we have given them. We elected them to the majorities in the Legislature, but there is little to show for it. Borders, taxes, regulation, accountability and terrorism still are horrible problems. We have learned that our voting for the republicans has NOT been the answer. We have learned that a vote for anybody under control of the Republican Party will bring us “more of what we’ve been getting.”

Now we see a split in the candidate teams. Donald Trump stands alone. Ted Cruz has been brought into the fold of the Old Guard Republicans; he represents the party. I’m sure he will do what is necessary to get the backing of the Republican Party in his run for president. Sure, he can make promises like all his predecessors. And later, like his predecessors, he can return to the party line, because they put him in office.

Think not? Consider this: Although Senator Cruz filibustered the Senate for some time on the Affordable Care Act, it was all talk. His party didn’t join him and the bill became law. Maybe Senator Cruz learned his lesson, because this last October he didn’t filibuster the last of Obama’s spending bills; no Republican did. That led to the Republicans giving the Democrats every thing they wanted.

Keep in mind that they did this while holding a majority in the Legislature.

That event was Washington as usual, the Republicans caving in to the Democrats—again. All of us have learned (again) that actions speak louder than words, even words delivered in a filibuster. Some of us accept it. Some of us are tired of it.

Now we have a group of voters who are enabling the Republicans to maintain their party line antics, the Old Guard Republican Enablers. I call them OGRES. They are not just promoting Senator Cruz, they are dealing out invidious screeds about his competition, including the claims that Trump backers are (gasp!) stupid.

Oh, and voting another line-Republican is smart?

Talk is just that: talk. All the Republicans are better at campaigning than any standard businessman. They are trained to campaign. They are coached; they rehearse. Obviously, Donald Trump hasn’t taken those courses, and it shows.

But, when it comes to running a big business, we have to compare the track record of the politicians and the businessmen. We have $19 trillion of debt against a handful of bankruptcies. Any businessman wins that one. Then compare the government employees who rely on tax income for their survival, versus the businessmen who succeed, despite horrible burdens of tax, law and regulation. Another win for the businessman.

But consider that the bottom line of the Trump popularity is his no-nonsense approach to border security and immigration. He is serious about enforcing immigration law and he is serious about the constitutional guarantee of protecting the states from invasion. Trump’s seriousness has attracted many serious voters.

So, this brings up a serious question: Why haven’t the Republicans taken this issue from him? Why won’t they even “claim” to be serious about the immigration problems and the porous border issue?

That is not a rhetorical question. It is one that the Republicans have needed to answer, but have not. Their lack of an answer should tell you something.

Remember, if you keep doing what you’ve been doing…