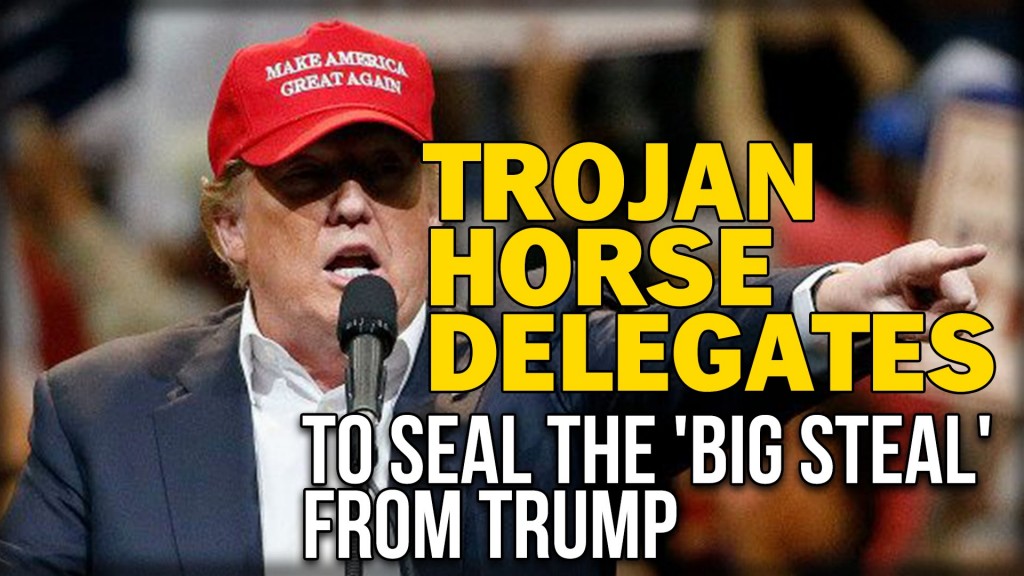 The principles under which this country was founded are beautiful, morally right, and some might even say divinely inspired. But they are not that hard to understand; in fact, they’re pretty darn simple. Everyone is free to believe what they wish, to speak their mind, and crucially, to cast a vote that will help determine who wins the privilege and honor of representing the people in public office. The counting of these votes is sacred to American democracy, because its their preponderance that decides a winner: If you get the most votes, you win; those with fewer votes have had their chance and have failed. Simple.

Somehow, these basic ideas that underpin our political system are under attack in this present presidential campaign. In both the Republican and Democrat primaries, vast support is rallying behind candidates who may very well not walk away with their party’s nomination. Now, I’m no supporter of the self-described “Democratic Socialist” Bernie Sanders, whose policies would be every bit as bad (and possibly even worse) for this country as those of Hillary Clinton, but I’ll acknowledge that his leftist supporters are many, yet frustrated by the fact that even when he decisively wins states, he often ends up splitting delegates evenly with Clinton.

Then we have the Republican Party, which is presently in the midst of a bona fide political revolution. Something that never should have been able to happen, has happened: An outsider candidate, owing no loyalty (and no money) to the party’s establishment and espousing political positions which they cannot abide, is strongly positioned as the frontrunner and is virtually certain to enter the GOP convention with the most delegates. Donald Trump is the end result of the Republican Party elite’s self-centered attitude and flagrant disregard for their voter base over years, if not decades. The rank and file of the GOP is tired of being taken for granted, forced to swallow liberal candidates barely better than the Democrat alternatives and feeling more and more alienated from a party that cares little to nothing for them or their struggles. They are massing in support of Trump, and their message is clear: They want a candidate who puts America first, something the party has failed to do for far too long.

So how is it possible, even likely at this juncture, that the Republican nomination will go to someone other than Trump? Because ultimately, the GOP’s system of naming a candidate is designed specifically to prevent this kind of thing from happening. Sure, walk in to the convention with a majority (50% plus 1) of delegates and the nomination is yours, but fall short by even a single vote and every delegate you won – those representing millions of people who voted for you – are free to “vote their conscience”, which is a nice way of saying they do whatever the heck they want. That’s right; it is entirely possible for someone to win 49% of the overall Republican vote, yet fail to win the nomination because their delegates decided to disregard the will of the voters.

And it looks like that is what may happen here. At this point, Texas Senator Ted Cruz has all but given up in the task of winning more votes than Donald Trump, and that’s understandable: Trump has him beat. But he remains in the race, and his strategy has been to fight Trump for every delegate – not because Cruz thinks he can win a majority, but because he wants to make sure Trump doesn’t. Then he will go to the convention and carry out the party’s muddy dealings to allow him to pilfer the nomination, even though he has not earned the peoples vote under any theory of democracy. Understandably this is rarely done and it is not something the people voted for, the people voted for a candidate not a delegate.

Let’s be clear that this is no mean annoyance. Donald Trump’s status as Republican frontrunner is the result of vast dissatisfaction with the behavior of the party elite, and represents the people of the GOP making their voices heard. That is what democracy is all about. If Donald Trump goes to that Republican convention with the most delegates, but some rare Trojan Horse of party mechanics allows Ted Cruz (or anyone else) to leave as the nominee, the real loser isn’t Trump: It’s the American voter.

The Delegate Snatching Debate Wears On (and VERY Thin)