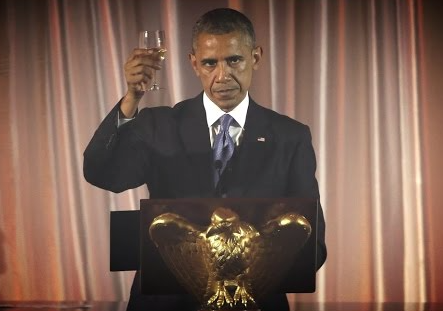 Obama’s policy of winning friends has turned our friends into enemies. When he abolished the missile defense systems in Poland and the Czech Republic, the argument was that Iran did not have the capability to manufacture and use long-range nuclear missiles. Even then, upon Obama’s first election, this argument was false, because Iran had possessed and successfully tested the solid-fuel Sejil missile in May 2009, which had an estimated range of 1,560 miles, thus was capable of reaching Prague and Warsaw with a one-ton payload. The International Atomic Energy Agency said in 2009 that Iran had “sufficient information” to build an atomic bomb and was able to “overcome problems” involved in its delivery system. We can only surmise and assume that 8 years into Obama’s misadministration of foreign policy, situation is even worse for US, for NATO, and for all of our former friends.

There is no doubt in my mind that recent Russian aggression in the Baltic Sea is a direct outcome of Obama’s policy of conciliation and “flexibility” toward Russia. Yesterday (mid-April 2016), Polish defense minister stated that Russia’s “systematic acts of aggression” indicate that it “will not stop with Ukraine.” This is a very serious allegation, in particular in view of the Crimean crisis.

Earlier this month, two Russian warplanes flew simulated attack passes near a U.S. guided missile destroyer which had just left the Polish port of Gdynia. A U.S. official said this was one of the most aggressive encounters in recent history. Yet, nothing happened. Kerry issued a few gestures indicating disapprobation. Those are empty gestures, and Putin knows it, because there is no “club” of nuclear missile defense in his hand. What is more, NATO and Europe is too preoccupied with the Muslim Invasion and crisis produced by the liberal complacency of PC-ridden politics – and lack of American leadership within NATO.

It is not coincidental that these attacks (such as the 11 “fly-bys” on destroyer Cook, followed by helicopter intimidation) occur predominantly in the Baltic Sea – close to Latvia, Lithuania and Estonia, former Russian republics which Putin eyes as cherries on the cake of Russian re-unification. These republics were among the first of EU “associated countries.” In culture, they are as European as Poland and the Czech Republic. In economy, they are among the richest in Europe.

Estonia boasts large oil reserves, stores of uranium, granite, rare earths and oxides. Lithuania has extensive plastic polymer industry and other plants, including top-notch IT technology and telecommunication firms. With corporate tax rate of 15% (5% for small companies), Lithuania is also extremely attractive to foreign firms and one may encounter may English, Italian, and even American firms have their IT centers here. Technology and economy closely connects these “Baltic republics” to Poland, Sweden and Finland. They have common internet, naval routes, and are interdependent in trade. All three are now also members of NATO and attacking them would mean attacking NATO.

Last year, a Swedish passenger aircraft had a narrow miss with a Russian surveillance plane. In December, NATO described Russian “passes” as a threat to regional civil aviation. We all remember the shooting down of Malaysian Airlines Flight over Ukraine in 2014. These incidents have only been increased as Obama’s administration entered its final year. Is the leeway and blasé attitude President Obama shows vis-à-vis Russian aggression the example of his “flexibility” – so infamously predicted during his 2012 meeting with Putin?

Daniel Greenfield: It's Time for a Palestinian State

An Interview with Tank Jones, Star of Union Bound