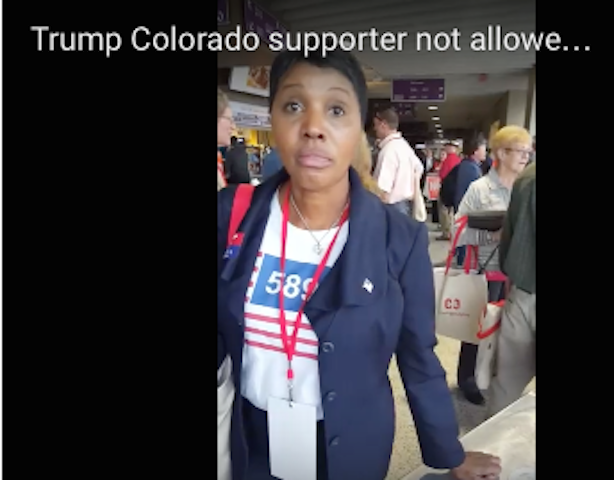 In the wake of one Colorado Trump supporter claiming disenfranchisement—whose story was discredited—a credentialed delegate has come forward claiming she was denied a ballot at the Colorado Republican State Convention.

Trump delegate Kimberly Jajack of Arapahoe County shared her story with former Pueblo County Republican Chair Becky Mizel in a video interview at the convention. Mizel, also a Trump supporter, was one of many national delegate candidates—which also includes delegates supporting Cruz— whose name was left off the official program and placed on an addendum to the program.

Jajack described the voting procedures for Arapahoe County. Delegates were assigned seats based on their last name. “I sat where they assigned us, H through K,” Jajack said. When a woman came by with the ballots, she did not have ballots for those with last names beginning with J. After waiting what she called “a long time” for her ballot to be delivered, Jajack decided to get in line to give her candidate speech for national delegate.

The more than 600 candidates were given ten seconds each to address the convention.

After returning to her seat, she said that she spoke to Joy—referring to Arapahoe County Chair Joy Hoffman—and a person named Andy.

Jajack was elected as an alternate to the Republican National Convention, pledged to Trump.

“I did not get to vote and that does not make me happy,” Jajack said.