Since the unnecessary unrest at University of Missouri last fall, many prominent donors decided to forego financial support, totaling over $2 million dollars. If you recall, there were many alleged incidents of racism, some unfounded, others, well unfounded, but nevertheless both the University of Missouri System Presidents, Tim Wolfe, and Mizzou Chancellor R. Bowen Loftin, resigned.

Tom Hiles, Mizzou’s Vice Chancellor of Advancement, told the Associated Press many donors were angered by the protests, and felt the students were given too much power. A few donors were apparently angry with Melissa Click, an assistant communications professor caught on video calling for “some muscle” to handle a couple of student journalists trying to capture the scene in a public area. Sure $2 million isn’t a lot in comparison to the $1.3 billion projected to land in Mizzou’s account this year, but it definitely leaves a mark. 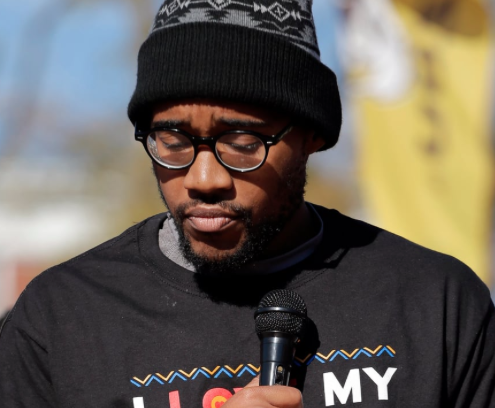 Jonathan Butler, the young man that created the chain reaction causing the unrest with his hunger strike for 4 whole days, is now touring the country with Black Lives Matter speaking to anyone who will pay to listen. Being the son of a multi-millionaire must be tougher than I can imagine, as Butler often preaches about the “struggle” and the dangers of capitalism. From what I gather, Butler actually learned a few things during his stint at the “unsafe” university as both an undergrad and graduate. His statement speaks volumes; it seems he decided to take his University of Missouri history lesson, outlining actual instances of racism on campus dating back 45 years, and linked the true crimes to the Michael Brown case that took place off campus in Ferguson:

Yes, you read that correctly. No, it makes no sense. So what safety measures have been put in place for black students on campus at the University of Missouri since the unrest? If I hear anything I’ll let you know. Thus far it remains as unsafe as Butler claimed, yet no word of dropouts due to racism.