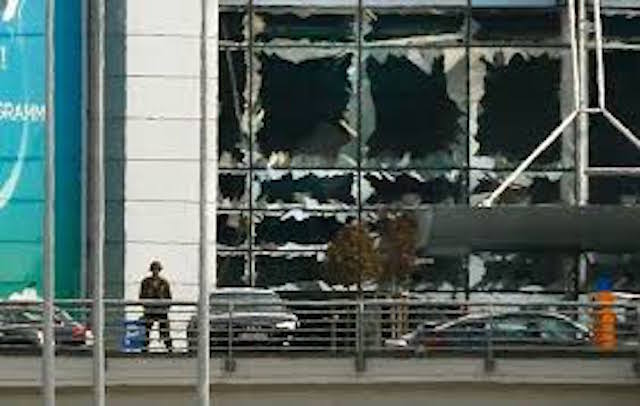 It has happened to all of us. Usually for reasons unknown to us, the schoolyard bully set their sights on you. It starts out small, just annoying so you try to just ignore it. “They just want to get a rise out of you” is the advice you get. That does not work, and the abuse gets worse and more frequent, and finally you realize you will have to take matters into your own hands. We all cheered when Ralphie finally snapped and gave bully Scott Farkas a healthy dose of his own medicine in the movie, “A Christmas Story”.

The entire world was once again horrified recently as terrorist attacks claimed the lives of thirty-five people including four Americans in a Brussels train station and airport terminal. The reaction of people was basically the one that follows every terror attack. Memorials were created for those that were lost, and world leaders vowed to apprehend those responsible.

But there seems to be something that no one is seeing. Call it simplistic, but when it is all boiled down, you have your basic neighborhood bully. The problem is that this bully operates on a global scale, and the globe is at the “if we just be nice to them” phase of dealing with the bully.

We already know that this bully’s favorite tactic is to strike anywhere in the world by blowing up innocent people just living their lives. They do it because the bully does not approve of the lives of the people they kill. We never know when or where the bully will strike next. This bully doesn’t just beat you up for your lunch money. They behead you if you do not convert to their way of life, and what the world does not understand is that the bully will continue on until it becomes Ralphie and decides to hit back stronger and harder than the bully ever could. Why don’t they? What stops them? Political correctness for sure, fear of racial profiling definitely. Newsflash for the world, the bully could care less about any of that. They only care that they can get you to cave into their demands.

TheReligionOfPeace.com is a website that tracks terror attacks, all terror attacks, especially the ones the mainstream media does not think you need to know about. Between March 26 and April 1, there were 30 attacks, 263 were killed, and 449 injured. There were six suicide bomber attacks, and all of this took place in eight countries. The Easter Sunday attacks on Christians in Pakistan was reported as was Brussels, but have we heard about any of these other attacks? Why is not just American media but international media as well covering for the bully?

The question is when is the world going to get tired of being bullied? What will it take? Will it take another 9/11, or something that makes 9/11 look like a day at the beach? That is the thing with bullies, when they are not confronted not only do they continue, but they get more brazen. What is more brazen than strapping explosives on 5 year-olds and relieving non-believers of their heads? Do we really want to find out?

Right now in the U.S., there are open FBI investigations into terror cells in all fifty states. That means the bully is rapidly gathering steam and no one is willing to stop it. Conservatives often darkly joke about how political correctness is going to kill us. Are there enough of us unwilling to confront the bully that is radical Islamic terrorism for that to happen?

The entire world needs to channel its inner Ralphie.