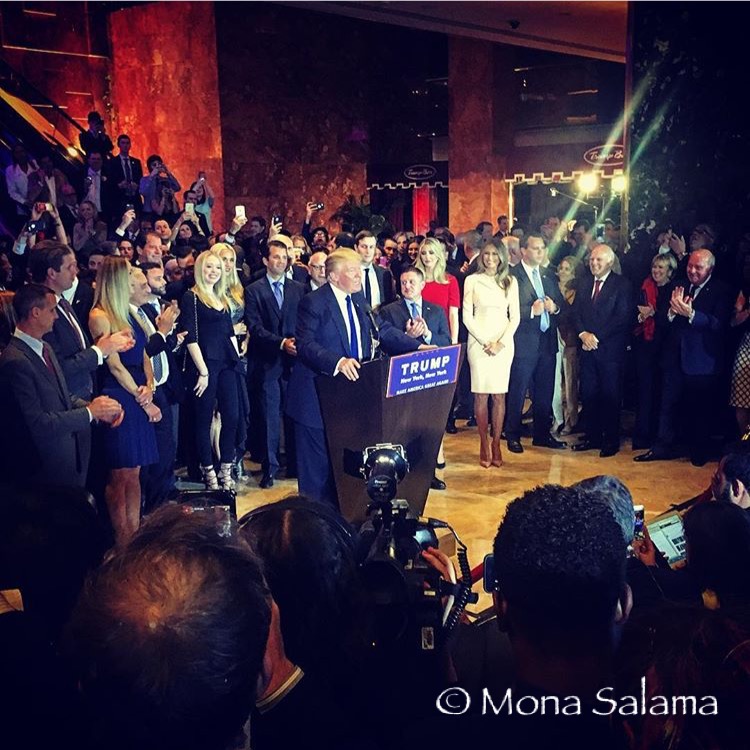 Midtown, New York. — In his home state of New York, front-runner Donald Trump scored a sweeping victory in the Tuesday night primary, giving him the rights to argue that he is unstoppable in the quest for the GOP nominee.

“We don’t have much of a race anymore based on what I’m seeing on television,” Trump said, noting Cruz is “just about mathematically eliminated” from winning the magic number of 1,237. “We’re going to go into the convention I think as the winner.”

Bouncing back from a difficult two weeks Trump’s campaign endured with a campaign shake-up after losing to Cruz in both Wyoming and Colorado in terms of picking up delegates by means of a state convention, a victory in the Empire State was badly needed for the hometown front-runner. But Trump delivered a massive victory with the majority of the GOP electorate casting their vote for him, something the state’s GOP party hasn’t seen thus far. Trump won in almost every single county of the state by 50% or more of the vote, only losing New York County (Manhattan) to Kasich.

“It is really nice to win the delegates with the votes,” Trump said. “Nobody should be given delegates, which is a ticket to victory, but not a fair ticket.”

Celebrating his resounding victory to the tune of Frank Sinatra’s “New York, New York, ” Trump held a press conference at his Trump Tower in Midtown Manhattan, the same venue where ten months ago he announced his presidential candidacy. In his short ten minute remark, Trump refrained from attacking his chief rival, by using the coined nickname he has given him of “Lyin’ Ted” to instead calling Cruz “senator.”

Sounding more presidential, Trump focused his message on trade and the economy as he prepares to campaign in states who were hit hard by manufacturing losses. “Our jobs are being sucked out of our states,” Trump said. “One of the big problems is economy and jobs, and that is my wheelhouse.”

Going forward to next week’s contest where five states holds its primaries, Trump predicts it will be an “amazing weeks” ahead for his campaign as he looks to seal the nomination to avoid a contested convention in July. He is favored across the board to win by double-digit, including the biggest prize of the five — Pennsylvania with 71 delegates awarded by winner-take-most.

For the first time in over 40 years, New York played a pivotal role in the presidential nomination process, a rare moment for New Yorkers to witness a “New Hampshire moment” — a term New York State GOP Chairman Ed Cox referred to the two weeks of the non stop campaigning occurring from every corner of the state from both parties.

With 94% percent of the precincts reporting, Trump won a solid 60% of the statewide vote, awarding him automatically 14 delegates out the state’s 95 delegates, while the remaining 81 will be divided based on the winner of the 27 New York’s congressional districts. Coming in second was Ohio Governor John Kasich with 25.2% followed by Cruz with 14.8%.

Following Tuesday’s nearly sweep, Trump appears poised to grab 85 to 90 delegates from the Empire State, bringing his total to 841-846 delegates. 674 delegates are still up for grabs as Trump needs to win about 396 delegates from now until the last election on June 7 to secure the nomination. With five states voting next Tuesday and 172 delegates are up for grabs, Trump is favored to win most of those states giving him the extra push he needs to clinch the 1,237 mark.

It was a devastating night for Cruz team, coming in a distant third place finish and shut out completely of obtaining any delegates in New York. The results in New York has effectively eliminated Cruz the possibility of reaching 1,237 before July. According to the AP delegate tracker, Cruz has 559 delegates and needs 678 before July to hit the threshold mark. With only 674 delegates left up for grabs, the only path forward for Cruz is to move forward and attempt to block Trump from winning a majority of the delegates in the upcoming primaries, especially in June when the largest delegate prize, California, will play a decisive role on who will emerge the party’s nominee.

Trump concluded his remarks thanking New York for giving him the boost to bounce back. “I want to just thank everybody,” Trump said enthusiastically. “I have great, great admiration and praise for the city of New York and the state of New York. I can think of nowhere that I would rather have this victory.”

Sheriff: Without Secure Border Every County Will Be ‘A Border County’