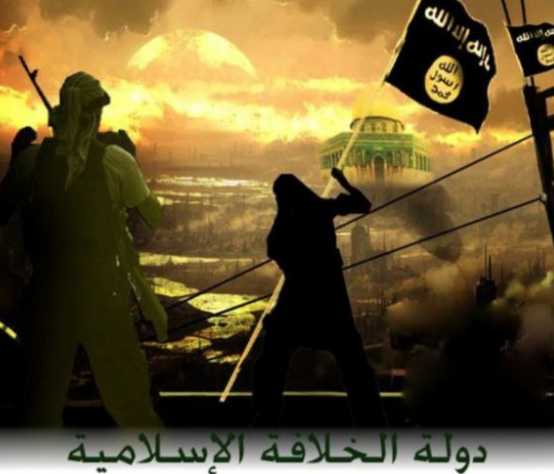 There are Jihadists from dozens of countries who have joined ISIS. What do they all have in common?

The official answer is radicalization. Muslims in Europe are “radicalized” by alienation, racism and unemployment. Neglected by governments, Muslim youth band together and become terrorists. Muslims in Israel are responding to the “despair and hopelessness” of the “Occupation”. Muslims from the rest of the Middle East are angry over their “dictators”. Muslims from the Ukraine? Who knows.

Radicalization comes packaged with a set of local grievances and explanations. It contends that all Muslim terrorism is a response to local conditions and that we are responsible for those conditions. Even though the “radicalization” is Islamic, it denies that Islam plays a positive role as a Jihadist goal. Instead, like Halal liquor or hashish, it’s what Muslims turn to when they have been disappointed in the West or in their own governments. Islam is just what happens when a Belgian Muslim can’t get a job.

And yet Islam is the only positive uniting factor for Islamic terrorism.

Why otherwise should a Moroccan youth from a French suburb who works at a nightclub, the son of a rural Saudi farmer who has never been outside his country and an American teenager who converted to Islam all risk their lives to form an Islamic State? The Jihadis of ISIS are a truly multinational and multicultural bunch. They have traveled to two foreign countries that most of them have never been to.

What else unites them into a common identity that they are willing to kill and die for if it isn’t Islam?

Radicalization favors local explanations. But those local explanations don’t add up nationally or globally. Europe spends a fortune on social services and yet Muslim terrorism has only grown worse. Other immigrant minorities in Europe have lower unemployment rates and aren’t blowing things up.

Removing Muslim dictators in the Arab Spring didn’t lower terrorism; it vastly increased the power and influence of Islamic terror groups. Nor have changes in American foreign policy and greater outreach lowered Islamic terrorism. If anything the scale of the problem seems to have only become more severe.

The Israeli peace process with the PLO likewise vastly increased the terror threat and no amount of concessions has brought peace any closer. There are stateless Muslims throughout the Middle East. Jordan is filled with the same exact “Palestinians” as Israel, many of whom are stateless and have few rights, yet terror rates are far lower. Instead Muslim violence spikes where there are religious differences.

As we see in Iraq, Syria and Israel, religious differences are more explosive than political ones. And where religious differences don’t exist, Jihadists create them by denouncing their Muslim enemies as un-Islamic. ISIS is the culmination of a process that you can see among “moderate” Islamists.

The official explanation is that a multitude of local factors cause Muslim disappointment leading to some sort of irreligiously religious radicalism which can be cured by preventing that disappointment.

We are expected to believe that there are hundreds of explanations for Islamic terrorism, but not one. And while no doubt individual choices and emotions play a role in the making of a Muslim terrorist, the same is true in the making of a soldier. An army exists as part of a positive national ethos. Reducing an army to a series of personal dissatisfactions is absurd. So is reducing ISIS to individually dissatisfied people while ignoring what its members actually believe. It’s as absurd as believing that Hitler became a monster because he couldn’t get his painting career off the ground.

Islamic terrorism is a positive ethos. It is horrifying, evil and brutal, but it is not some nihilistic void. You can look at unemployment rates in Brussels or dissatisfaction in Saudi Arabia, but nobody decides to fight and die for a Jihadist group because they’re having trouble applying for a job at McDonald’s. They join because they believe in its mission. Ignoring the organizing principle of Islamic terrorism while focusing on local conditions that might make Jihadist recruitment easier misses the forest for the trees.

Radicalization programs, under euphemisms such as CVE or Countering Violent Extremism, assume that Islamic terrorism can be countered by forming a partnership with Muslim groups and social services agencies. While the West will ease Muslim dissatisfaction by providing jobs and boosting their self-esteem to make them feel like they belong, the Muslim groups will tackle the touchy issue of Islam.

These partnerships achieve nothing because social services don’t prevent Islamic terrorism; they enable and fund the very no-go zones and dole-seeker lifestyles that are a gateway to the Jihad. Meanwhile the Muslim partners are inevitably Islamists looking to pick up potential recruits for their own terror agendas. Western countries fund terrorism to fight terrorism and then partner with still more terrorists to train their homegrown terrorists not to be terrorists, or at least not the wrong kind of terrorists. This is what happens when the “Islam” part of Islamic terrorism is ignored and outsourced to any Islamist who can pretend to be moderate in front of a television camera for 5 minutes at a time.

None of this actually stops Islamic terrorism. Instead it empowers and encourages it.

And yet without discussing Islam, there is nothing to discuss.

You cannot fight “radicalization” without dealing with what Muslim terrorists are “radicalized” to do. Without Islam, all that’s left is the political and sociological hunt for individual motives while completely ignoring what unites these individuals together. And so CVE plays the seven blind men while ignoring the elephant in the room. And the terror attacks and the futile efforts to avert them continue.

Islamization is what happens to individual Muslims and to Muslim communities. Islamization is also the goal of Islamic movements, overtly violent or covertly subversive. Islamization is not the answer of some radical preacher, but of the Islamic religion. This is not about jobs in Europe or democracy in Egypt.

Islam is not radicalized. It is radical. Like Communism or Nazism, it offers a totalitarian answer to everything. To truly believe in Islam is to possess the conviction that every country in the world must become Islamic and be ruled by Islamic law. Islamic terrorism is one tactic for realizing this conviction.

We cannot and will not defeat Islamic terror without honestly and bluntly confronting Islamization.

AlfonZo Rachel: Clinton is an Agent of Oppression!