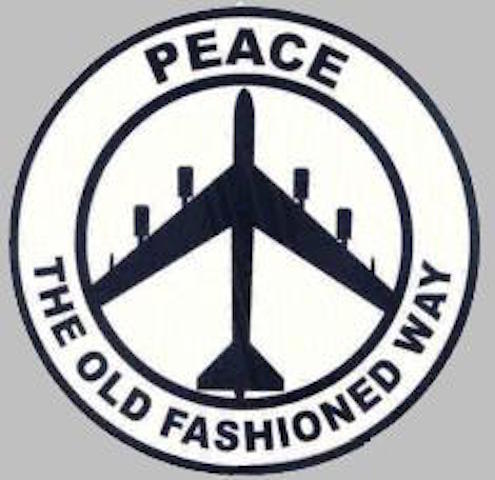 However if you use the words “Islamic terrorism” or even milder derivatives such as “radical Islamic terrorism”, you are playing into the hands of ISIS. If you call for closer law enforcement scrutiny of Muslim areas before they turn into Molenbeek style no-go zones or suggest ending the stream of new immigrant recruits to ISIS in San Bernardino, Paris or Brussels, you are also playing into the hands of ISIS.

And if you carpet bomb ISIS, destroy its headquarters and training camps, you’re just playing into its hands. According to Obama and his experts, who have wrecked the Middle East, what ISIS fears most is that we’ll ignore it and let it go about its business. And what it wants most is for us to utterly destroy it. Or as Canadian prime minister Justin Trudeau said, “If you kill your enemies, they win.”

But maybe if you surrender to them, then you win.

Tens of thousands of Muslim refugees make us safer. But using the words “Muslim terrorism” endangers us. The more Muslims we bring to America, the faster we’ll beat ISIS. As long as we don’t call it the Islamic State or ISIS or ISIL, but follow Secretary of State John Kerry’s lead in calling it Daesh.

Because terrorism has no religion. Even when it’s shouting, “Allahu Akbar”.

Obama initially tried to defeat ISIS by ignoring it. This cunning approach allowed ISIS to seize large chunks of Iraq and Syria. He tried calling ISIS a J.V. team in line with his claim that, “We defeat them in part by saying you are not strong, you are weak”. Unimpressed, ISIS seized Mosul. It was still attached to the old-fashioned way of proving it was strong by actually winning land and wars.

Europe and the United States decided to prove that we were not at war with Islam by taking in as many Muslims as we could. Instead of leading to less terrorism, taking in more Muslims led to more terrorism.

Every single counterintuitive strategy for defeating Islamic terrorism has been tried. And it has failed. Overthrowing “dictators” turned entire countries into terrorist training camps. Bringing Islamists to power in Egypt, Libya and Tunisia led directly to attacks on American diplomatic facilities. The Muslim Brotherhood showed no gratitude to its State Department allies. Instead its militias and forces either aided the attackers or stood by and watched while taking bets on the outcome.

There are contradictions there that you can drive a tank through.

If you believe the experts, then Islamic terrorists want us to stop them from entering Europe, America, Canada and Australia. They crave having their terrorists profiled by law enforcement on the way to their latest attack. And they wish we would just carpet bomb them as hard as we can right now.

When ISIS shoots up Paris or Brussels, it’s not really trying to kill infidels for Allah. Instead it’s setting a cunning trap for us. If we react by ending the flow of migrants and preventing the next attack, ISIS wins. If we police Muslim no-go zones, then ISIS also wins. If we deport potential terrorists, ISIS still wins.

But if we let ISIS carry out another successful attack, then ISIS loses. And we win. What do we win?

It depends. A concert hall full of corpses. Marathon runners with severed limbs. Families fleeing the airport through a haze of smoke. Only by letting ISIS kill us, do we have any hope of beating ISIS.

Politicians and experts claim that ISIS is insane. It’s not insane. It’s evil. Its goals are clear and comprehensible. The objectives of the Islamic State are easy to intuitively grasp. Our leaders and experts are the ones who are out of their minds. They may or may not be evil, but they are utterly insane. And they have projected their madness on Islamic terrorists who are downright rational compared to them.

Unlike our leaders, Islamic terrorists don’t confuse victory and defeat. They aren’t afraid that they’ll win. They don’t want us to kill them or deport them. They don’t care whether we call them ISIS or Daesh. They don’t derive their Islamic legitimacy from John Kerry or a State Department Twitter account. They get it from the Koran and the entire rotting corpus of Islamic law that they seek to impose on the world.

Our leaders are the ones who are afraid of winning. They distrust the morality of armed force and borders. They disguise that distrust behind convoluted arguments and counterintuitive rationales. Entire intellectual systems are constructed to explain why defeating ISIS is exactly what ISIS wants.

After the San Bernardino shootings, Obama insisted that, “Our success won’t depend on tough talk or abandoning our values… That’s what groups like ISIL are hoping for.” But ISIS does not care whether Obama talks tough, even if it’s only his version of tough talk in which he puffs out his chest and says things like, ”You are not strong, you are weak.” It is not interested in Obama’s “right side of history” distortion of American values either.

ISIS is not trying to be counterintuitive. It’s fighting to win. And our leaders are fighting as hard as they can to lose.

The counterintuitive strategy is not meant to fight terror, but to convince the populace that winning is actually losing and losing is actually winning. The worse we lose, the better our plan is working. And when we have completely lost everything then we’ll have the terrorists right where we want them.

Just ask the dead of Brussels, Paris, New York and a hundred other places.

This isn’t a plan to win. It’s a plan to confuse the issue while losing. It’s a plan to convince everyone that what looks like appeasement, defeatism, surrender and collaboration with the enemy is really a brilliant counterintuitive plan that is the only possible path to a lasting victory over Islamic terrorism.

Political Impact Of Islam In America