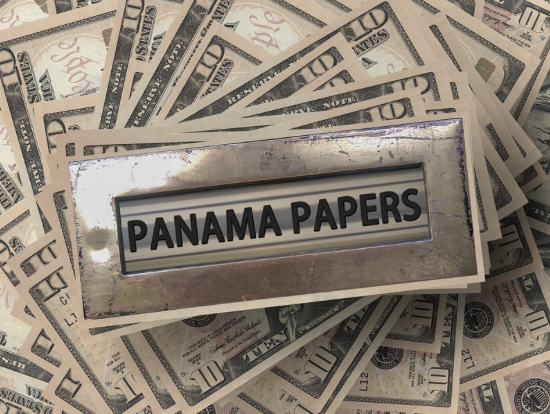 The infamous 11.5 million documents, summarily referred to as the “Panama Papers,” have become known as the “biggest financial leak in history,” exceeding even the Wiki Leaks. Technically, these documents are subject to attorney-client privilege, because they are held by the Mossack Fonseca Law Firm. How the documents were compromised remains a mystery. Allegedly, a person known only as John Doe sent these documents as a file to the Munich newspaper Süddeutsche Zeitung, a struggling paper which has been under water for over ten years.

In spite of the ominous “Wait, what’s coming yet!” given by the paper as a response to the question, “How come there are no Americans involved?” – at first sight, it is perhaps unlikely that but a handful of less important public figures would be involved in this scandal. The International Consortium of Investigative Journalists (“ICIJ”) continues to sieve through the files, but in view of the fact that the United States of America and Panama signed the Panama Free Trade Agreement in 2012, a bombshell remains unlikely – or so they say.

The U.S.-Panama FTA includes provisions requiring disclosure and release of information regarding all “ownership of companies, partnerships, trusts, foundations, and other persons” to the US regulatory authorities. “If Panama had ever been an attractive destination for American offshore storage of funds, this agreement shut the door on that possibility,” as John Cassidy wrote in The New Yorker.

Nonetheless, there is over 1000 US incorporation papers lodged with Mossack Fonseca which are now compromised and part of the Panama Papers. It must be noted that the scheme involving money laundering and tax evasion is based on confusion about whom the properties belong to, not their existence. Thus, a person may found a corporation plus a trust and set up an offshore account as an entity doing business elsewhere. The extent, scope and diligence with which US authorities would normally follow up on such “scoundrels and scammers” (to paraphrase the notorious NBC series) pursuant to the US-Panama FTA is questionable – which means we can, indeed, expect some surprises.

For instance, it has been revealed that Russia’s biggest financial institution, Sberbank, uses The Podesta Group as its lobbyist in Washington, D.C. Its CEO is Tony Podesta, who founded the Group in 1998 with his brother John, formerly chief of staff to President Bill Clinton, then counselor to President Barack Obama. Mr. Podesta is the epitome of a Democratic insider. Three Podesta Group staffers are all key “rainmakers” in Hillary Clinton’s campaign: Tony Podesta, Stephen Rademaker, and David Adams. What is more, John Podesta, Tony’s brother, is the chairman of that campaign, the chief architect of her plans to take the White House this November.

Russian “savings bank” Sberbank hired the Podesta Group to help its public image, which had been tainted by corruption and previous scandals, and asked them to assist in relieving them from the sanctions placed on Russia in the aftermath of the Kremlin’s aggression against Ukraine. It appears that the Podestas took Sberbank’s money and “laundered” it via their Panama accounts. This was naïve, to say the least, because of Sberbank’s already tainted reputation and the likelihood of a U.S. probe into Mossack Fonseca. Obviously, the “climate” of “what difference does it make” and being “above the law” rains supreme in Hillary Clinton’s camp.

We also know full well that the rise of socialists like Sanders here or Jeremy Corbin in Britain is also fueled by offshore-chiseled funds. In particular, Mr. Soros, who had set up his first offshore fund in the 1960s, is a true master of these schemes, which are fueled by totalitarian regimes with lack of accountability. Places like Russia, China, Saudi Arabia occur multiple times in the Panama Papers. While the Prime Minister of Iceland was forced to resign when it was revealed that he had sold a company to his wife for $1 (to avoid taxes), in totalitarian states, such accountability remains to be desired: who will depose the President of China (heavily involved in Panama money laundering) or the members of the Syrian regime (such as the cousin of Bashar Al Assad, often described as “poster boy of corruption”)?

OECD (Organisation for Economic Cooperation and Development) has attempted to deal with the problem in its “Model Tax Convention and Transfer Pricing Guidelines,” which contain 1600 pages of suggestions summarily termed the “BEPS process.” This “Basic Erosion and Profit Shifting” plan is to cover taxation cracks (corporations avoiding double taxation), taxes escaping from the countries where they should be accrued (individuals making money here, sending them abroad; multinational companies doing the same on larger scale) and other illicit schemes. Whether such ambitious comprehensive measures can be implemented globally – when even our own presidential candidate seems beyond legal reproach or probe – is questionable.

Brooke McGowan: Sick and Tired of Drudge? A GREAT Alternative Has Arrived!