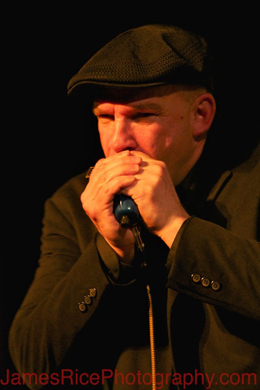 April 19, 2016 was the fourth anniversary of the passing of American musician Levon Helm. Levon was the singer, drummer, mandolin stringer and at times guitarist and harmonica player for the seminal group known merely and mightily as The Band.

The Band was comprised of one American, Helm, and four Canadians. Guitarist-Composer, Robbie Robertson, multi-instrumentalist-Garth Hudson, bassist/vocalist-Rick Danko and soulful vocalist/piano player Richard Manuel, along with drummer Levon Helm, created music for the ages. Their music had many diverse influences, Blues, Rock and Roll, Country, Gospel, Soul music and other influences percolated in their music. A lot of their songs such as “The Weight and The Night they Drove Old Dixie Down,” among others, are considered some of the best that music has to offer. The genre that we know as Americana could not be considered without the direct influence that musicians received from The Band.

As a musician, The Band’s example taught me to always serve the song and to pursue music with a definite set of ethical standards.

I was fortunate enough to see the original line-up of The Band at Watkins Glen with the Grateful Dead and The Allman Brothers in 1973, with Bob Dylan in 1974, and on their final tour before they (Robertson) called it quits with their final concert at Winterland in San Francisco that was captured on film by director Martin Scorsese in the movie, “The Last Waltz.”

After a few years of working on solo projects, The Band, minus Robertson, reformed and hit the road again in the mid-1980’s. With the untimely passing of original members Manuel and Danko, Levon Helm went back to his original roots and formed a Blues based band, Levon Helm and the Barnburners in the mid-1990’s.

Around this time Levon Helm had been diagnosed with throat cancer and his distinctive and powerful voice had been decimated by radiation treatments. In April 1999 I was in my favorite city in America, New Orleans during Jazz Fest week.

I found out from some New Orleans based friends that Levon had opened up a club called “Levon Helm’s Classic American Cafe” at 300 Decatur street. It was parallel to the House of Blues. I decided I would celebrate my 42nd birthday there seeing Levon and The Barnburners and Allen Toussaint.

The afternoon before the show I went into Levon’s club to get the feel of the place. After a snack of fried chicken fingers smothered with Black Death habanero hot sauce, I took a walk around the club. It was a two story, 300 seat club, with what looked like an excellent sound set-up. On the back of stage was a painting featuring larger than life representations of cities that surrounded the Mississippi river and musical figures such as Sonny Boy Williamson and Bessie Smith.

I got there a little after 9 PM and famed New Orleans songwriter Allen Toussaint was doing a solo piano set of some of his classic songs such as “Brickyard Blues and Southern Nights.” But when Levon Helm and the Barn Burners took the stage I felt that I had been transported back in time to a southern juke joint with one of the greatest Blues bands I have ever seen.

Because of Levon’s battle with throat cancer he was not doing any singing. The vocal chores were handled by his daughter Amy Helm and by singer-harmonica player, Chris O’Leary. This was a serious Blues band and Chris‘ harmonica reminded me of the best playing of Blues legend James Cotton. I stayed for about five hours and marveled at some of the best music I have heard in New Orleans.

Now in 2016, Chris O’Leary tours the country with his own group, the Chris O’Leary band. Recently I got to interview Chris about his beginnings, the Blues, his military service, his time with Levon, and the triumphs and trials of keeping a band on the road. 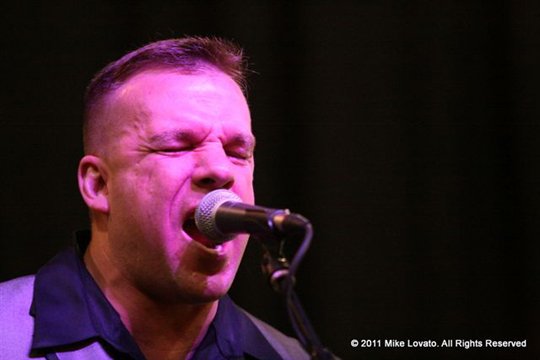 Chris was raised in upstate New York by a family that loved and respected all types of music. When he was 11 years old his Father turned him on to the Muddy Waters album, “Hard Again.” The harmonica playing of James Cotton had a direct impact on Chris and inspired him to pick up the harmonica for himself.

During his high school years Chris played guitar and bass in various bands. When he graduated from high school Chris enlisted in the Marines because of his father’s service example and because Chris loves America. He received Infantry training at Camp Lejeune. All in all, Chris served seven years in the Marine Corps and was part of Operation Desert Storm.

He saw direct combat action and was proud to serve in the Marines. He now despairs that veterans issues are being used as a “political football” and that this seems to happen every four years per the campaign cycle. The pandering about the needs of vets rightfully angers Chris and he does not want to see his own son join the military when he comes of age.

After leaving the military, Chris attended Marist college in Poughkeepsie, NY. He started his own band and became friends with musicians such as guitarist Pete Kanaras. Around 1996, a demo that Chris and his band recorded found it’s way to the stereo of Levon Helm. Levon started showing up at Chris‘ gigs and sat in with his band. Their renditions of classic Sonny Boy Williamson songs delighted Helm who said that Sonny Boy’s songs were “his cup of meat.” Ultimately this lead to Chris being offered a job in Levon Helm’s Barnburners.

When Levon Helm opened his club in New Orleans Chris followed him down there. The atmosphere of New Orleans broadened his musical point of view. Playing with Levon was a constant series of musical and professional lessons.

Levon’s main lesson to Chris was to always “play the song, to not use the song as a vehicle for soloing. Help tell the story of the song, no matter what.” The lessons of Levon Helm gave to Chris about this country and it’s people have proved to be invaluable.

After about six years with Levon Helm’s Barnburners Chris started experiencing some problems with his own voice. Chris stopped singing and concentrated mainly on raising his family. In 2007, Chris O’Leary started his own band again with a full force wind.

I saw the Chris O’Leary Band in Charlotte, NC. on February 24th of this year and was astounded by their musicianship. Besides playing very deep Blues, they also touch on material by New Orleans Legend Professor Longhair, Southern Soul, and material directly influenced by his time with Levon Helm. The band included road guitarist Pete Kanaras (Of The Nighthawks fame), drummer Ray Hangen (who played with the late Sean Costello), sterling bassist Matt Raymond, Andy Stahl on Tenor Sax &vocals and Chris Difrancesco on baritone sax & vocals. A great and a dynamic band and one well worth seeing.

In speaking with Chris I mentioned how I really appreciated some of the “vet themes” in some of his songs particularly the title track of his new album,”Gonna Die Tryin, Letters from Home (originally written during his time with Levon Helm) and 19 Cents a Day.”

Some of the lyrics from “19 Cents a Day” are written with an outlook that only a military veteran could be able to grasp. “A pat on the back/HR will show you the door/when they finish screwin’ dad they’ll send junior off to war/ 3 years in the guard he’s on tour number 2 when it’s someone else’s son it’s an easy thing to do/See we appreciate your service sir, but sir you’ve got to go….I’m sure they can help you down at the VA/where they fly Old Glory proudly/for 19 cents a day.”

Also powerful is the track “Letters From Home.” People forget how important letters were to an active duty service member before the advent of e-mail. Chris told me that he really enjoyed getting letters from kids during his Desert Storm service period.

The Chris O’Leary band plan on returning to the studio in September 2016 for a possible Christmas release. This will be a combination of his studio band and his road band.

I have a great deal of respect for Chris O’Leary as a musical artist and as a man. I urge all Blues/American music fans reading to check out the Chris O’Leary Band discography. You are bound to be delighted and inspired. All are available at his website thechrisolearyband.net, Amazon.com, the iTunes store, among other outlets. They are as follows:

Also consider going to see Chris when he comes to your town. Here are some upcoming dates and go to thechrisolearyband.net site to keep up with his shows.

To Sanders' Supporters: Subjugated by Socialism?