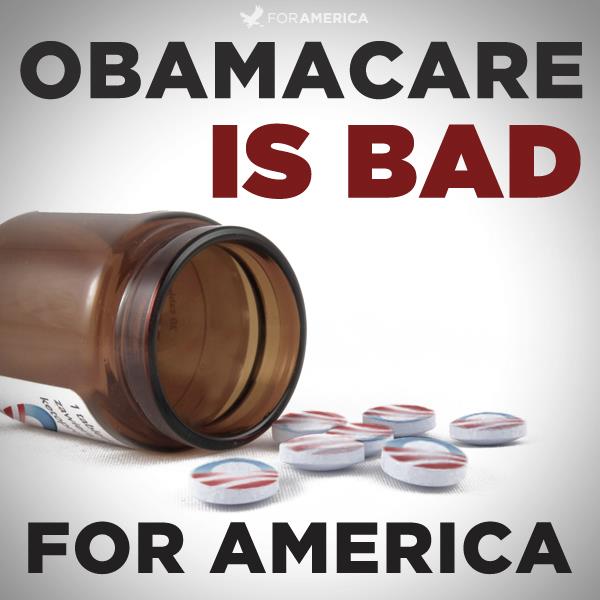 President Obama’s signature healthcare law (AKA: “ObamaCare”) has certainly been under tremendous scrutiny since its inception. However, the latest report from the Congressional Budget Office (CBO) is yet another major blow to the law. The report reveals that ObamaCare’s outlook is much worse than originally estimated as fewer people sign up and its costs rise more than expected.

According to Investor’s Business:

“To little fanfare and virtually no media coverage, the Congressional Budget Office sharply downgraded its forecast for ObamaCare in its latest report, issued in late March. By just about every measure, things are looking worse than they did a year ago.

First, the CBO has cut enrollment goals for the ObamaCare exchanges. Its March 2015 report projected that enrollment would top out at 22 million. Now it puts the ceiling at 18 million. And given ObamaCare’s track record so far, even that’s optimistic.

Lower enrollment numbers should mean lower taxpayer costs, since fewer people will be getting taxpayer-subsidized insurance. But higher-than-expected insurance subsidies are soaking up much of those savings.

Last year, CBO projected that the average subsidy would be $4,040. Turns out, it was $4,240. CBO now thinks subsidies will average $4,550 next year instead of $4,250. That is likely a reflection of the fact that premiums leapt upward this year, and are likely to make another big jump for next year.”

ObamaCare’s Medicaid expansion is also turning out to be far more expensive than planned, forcing the CBO to hike its 10-year Medicaid cost projection by $146 billion. That’s largely the result of far more people signing up for Medicaid than expected. Instead of 45 million enrolled in Medicaid this year, as the CBO had been predicting, there are 68 million.

In addition, far more workers will find themselves without employer-provided benefits than promised. In its initial report on ObamaCare in 2010, CBO said 3 million workers at most would lose their employer health benefits because of the law. Last year it claimed that 7 million will have lost workplace coverage in a decade. Now it says 9 million will likely be forced off employer plans.

And what about the uninsured? When Democrats shoved ObamaCare onto President Obama’s desk in 2010, the public was told that it would cut the number of uninsured by 32 million. That number has since dropped 25%.

As Investor’s Business also points out:

“Looked at another way, ObamaCare is now slated to spend $1.94 trillion over the next decade, and yet still leave one in 10 Americans without insurance.

Oh, and the revenues from ObamaCare taxes will be lower than expected over the next decade, either because they just aren’t producing as hoped, or because the White House has delayed various taxes for political reasons. CBO says the employer mandate will raise $12 billion less than they said last year, the individual mandate penalty $6 billion less, and the Cadillac tax $28 billion less.”

Between higher costs and lower revenues, those promises about how ObamaCare would not add a dime to the deficit have, yet again, been proven unreliable.

By repealing and replacing ObamaCare with patient-centered, free-market solutions, there is still an opportunity to deliver lower costs and expand coverage to Americans.

Hopefully, Americans will take this into consideration when they cast their votes in November.

Purpose of Israel to the World: Homeland for the Jewish People or Jewish Democratic State?

Planned Parenthood to Men: Sit Down and Shut Up