Have you grown tired, like I and millions of principled constitutional conservatives have, of the Drudge Report, for years the most popular news aggregator on the web?

The Drudge Report, founded by Matt Drudge, has been a longtime staple for conservatives seeking an alternative to the mainstream media’s liberal propaganda. Sure, Drudge linked to and drove traffic (and therefore, profits) to leftist media outlets like the New York Times and the Washington Post, but at least Drudge cherry picked the stories conservatives and libertarians may have an interest in, and changed the original headline into how it would be written if the mainstream media weren’t so slanted.

But now Drudge, with the help of editor Charles Hurt, a frequent commentator on FOX News, has become little more than a propaganda site for the Donald Trump campaign, ignoring unflattering news about Trump, while reporting every story that could be spun as favorable to the populist agitator.

Along with Breitbart and blogs like the Gateway Pundit, Drudge has shown its true colors — throwing it’s sizable influence behind a candidate that is hardly a conservative and who changes his positions so frequently that it’s difficult to tell what he really stands for — including whether he would respect the constitutional limitations the Constitution places on the president.

Thankfully, there is an alternative to Drudge and you won’t see Miley Cyrus or promotion of candidates who go against the principles America was founded on.

It’s called The Liberty Daily and you’ll notice very little cross-over with Drudge. It was founded by the husband and wife team of Matthew and Jennifer Burke.

“Drudge needed some competition. I’ve felt this since 2012 when it was obvious that he was in the tank for RINO Mitt Romney,” co-founder Matthew Burke, a former congressional candidate in Washington state told me. “I got tired of clicking on Drudge stories only to find out I was giving traffic to the enemy — the leftstream media. I started asking myself, ‘Why is Drudge propping up the failing NY Times and Washington Post by driving millions of page views to them?’ It made no sense to me.”

“Then Drudge started linking to stories from the likes of Alex Jones and began heavily pushing Trump this cycle while bashing Christianity and furthering every smear Trump levied against anyone who criticized him. I thought I was reading the National Enquirer,” Burke continued.

The Liberty Daily almost exclusively gets its content from conservative sites while avoiding linking to the mainstream media.

“We bend over backwards to direct our visitors to conservative media outlets we trust, although with the Trump domination of the media, this has become more of a challenge,” Burke admitted. “The bottom line is that we’re constitutionalists who want to restore the values and principles that made America great and prosperous and the envy of the world. Our goal is to promote the need to be seen in order to make that happen.” 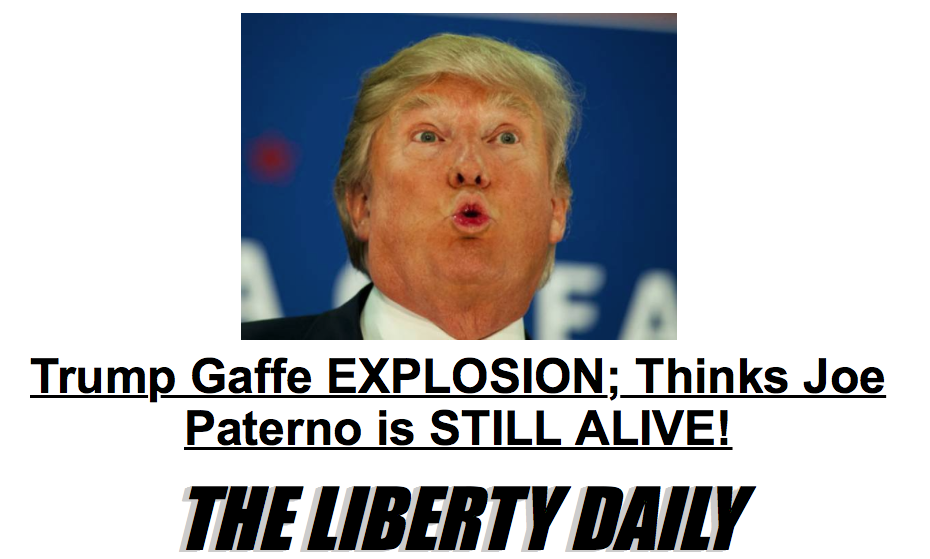 Andrew Breitbart’s untimely death was a severe blow to the whole conservative movement. But his site and what we believed to be his mission lived on. For a while.

Drudge said some time ago to have an exit strategy. Exit from what? Media, Florida, the planet? It was an eerie tweet and didn’t go unnoticed. Since then, he’s frequented InfoWars one too many times for this conservative’s liking.

We literally lost Andrew. And we may have lost Drudge to the Alex Jonesy voice in his head.

And now, both powerhouse media groups have recently turned into “Pravda for Trump” to coin a phrase used by Ben Shapiro who left Breitbart after the Michelle Fields kerfuffle.

Take Matt’s advice and exit Drudge. Set your homepage to this new site and feel at home again.