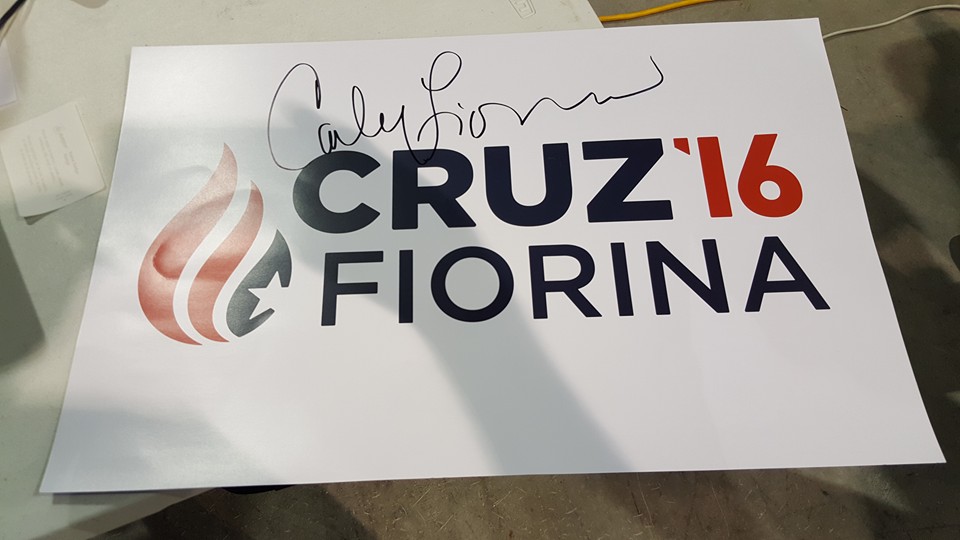 No doubt, Tuesday was a YUGE night for Donald J. Trump. As predicted, he swept the five Northeastern states of Connecticut, Maryland, Rhode Island, Delaware, and Pennsylvania. That should put him in the neighborhood of 945 to 960 delegates in the pursuit of 1,237.

However, things are not looking quite as rosy for Mr. Trump as the GOP race moves into the month of May.

“He’s not going to win Indiana. Trust me on this one. Internals matter, public polling (as we have witnessed over and over again since January) does not.

If Trump wins 9 delegates in Indiana, that’s a good day for him. Sure, he might win a majority of the delegates out of West Virginia on May 10th to get in the neighborhood of 960 delegates. Then what? Nebraska? Forget about it.

Those 36 all go to Cruz. Oregon? Yes, I am fully aware of the Cruz-Kasich detente regarding Oregon, but the majority of the delegates there are not going to Trump. The same in Washington State where most of its 44 delegates go to Cruz.

Montana and South Dakota? Cruz country. Trump will not win one of the 56 delegates from those two states combined.

New Mexico? Proportional and the latest poll had Trump up 2 points over Cruz with Kasich trailing badly. The game there is still afoot.

New Jersey-Trump will take all 51 (and no one will care).

The Republican battle looks like it will continue and most likely won’t end in May either, when the voters of Indiana, Oregon, and Washington also cast their ballots.

In fact, the bloody 2016 fight will probably carry on until the polls close in California on June 7. Then we will finally know for certain if Senator Cruz was able to stop Donald J. Trump, and whether or not we are headed into a contested convention. Unlike most GOP primaries, this race is most certain to go the long haul. And the longer it continues, the better it looks for Senator Cruz, even in California.

“California is a winner-take-all-by-district contest: 159 delegates will be awarded – three to the top-vote-getter in each of the state’s 53 Congressional Districts, with the ten statewide delegates and the voters of the three California RNC members going to the statewide plurality winner.

To stop Trump, Cruz will likely need significantly less than half of California’s delegates, as Trump needs to win over 50% of the remaining 622 delegates, and the map ahead for the reality-TV celebrity isn’t as friendly as it was yesterday.

Which takes us to the reality of the California political landscape, where statewide polling might be a decent indicator of how the 13 statewide delegate votes are likely to go, but the district-by-district showdown is a much different story.

There are two major reasons why recent surveys showing the Trump has a lead in California don’t hold up under scrutiny.

The first is that these polls are not broken down by district, but by region. In fact, the number of respondents to the surveys aren’t even a small sliver of the number that would be needed to predict voter opinions in 53 U.S. House seats. You would need hundreds of surveys completed in each seat. As an anecdotal example, the April Field poll, a very reputable public opinion survey released periodically, had only 588 interviews with likely GOP voters statewide — barely ten per district, on average.

The second reason to distrust the polls is that California has a huge number of ultra-liberal House districts where mere thousands of Republican voters in each will be deciding three delegate votes. You could not accurately survey this small number of GOP voters even if you wanted to – other than perhaps going out and interviewing each resident of the district.

In the Golden State, the factors that will truly matter will be smart voter contact and grassroots organization. In both of these areas, the Cruz campaign is well positioned relative to Trump. The former has been significantly invested in smart campaigning, targeting resources, and running a tight, smart campaign using the latest advances in voter identification. Cruz has been using voter contact tools ranging from social media targeting to geofencing. On the district level, these kinds of tactical considerations matter. And as for grassroots organization, the Cruz campaign has built an impressive armada all around the state, with an organizational structure and grassroots leaders in literally all 53 House districts.”

Bottom line:  While Donald Trump (and the mainstream media) is already referring to himself as the “presumptive nominee,” this GOP brawl is far from over, and he hasn’t quite yet earned the title.

According to John Boehner, Ted Cruz is 'Lucifer in the Flesh'