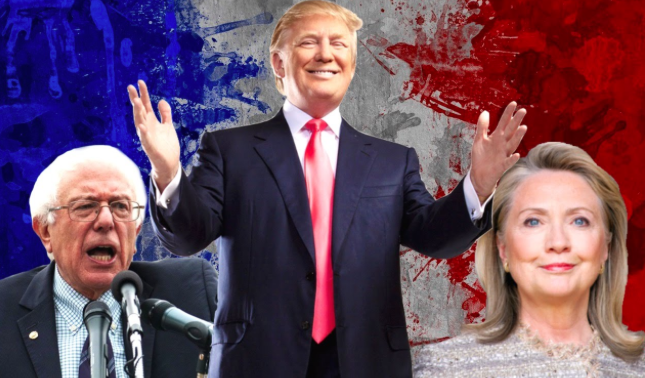 While Hillary Clinton was writing her grand thesis on Alinsky, and Sanders was organizing protests in Chicago, Donald Trump took on his first great project, to revamp the foreclosed Swifton Village apartment complex in Cincinnati, OH, a 1,200-unit complex, which he turned from 34% to 100% occupancy. He subsequently sold it at a profit, for $6.74 million.

In 1971, Trump moved to Manhattan with the same idea in mind – to improve housing for the middle class. He purchased decrepit and dilapidated buildings around Brooklyn, Long Island, even Manhattan – and made them top-notch again. This aroused the attention of the government, of which Clinton was already an indelible part, as we shall see below. In 1973, he was accused by the Justice Department of violations of the Fair Housing Act in the operation of 39 buildings. What were the charges? Trump was accused of refusing to rent to welfare recipients, mostly those who were likely to damage the properties and not pay any rent. Thus, he was treated as an anti-minority, anti-government rebel! We can only imagine how difficult and costly it must have been to rebut such charges… (which he successfully did in 1975).

Interestingly, by then, Hillary Rodham had enrolled at the super-white-privileged Yale, and started lawyering on the opposite side of the scales, prosecuting landlords who refused to rent to welfare recipients. In 1970, one year before she started dating Bill Clinton (also a Yale student), she was awarded a grant to work at Marian Wright Edelman’s Washington Research Project, where she was assigned to Senator Walter Mondale’s Subcommittee on Migratory Labor. (Marian Wright was an African-American “activist” who met Mr. Edelman four years earlier when Edelman was a supporting staff member of Robert Kennedy’s “entourage” when the latter was visiting southern slums.)

Incentivized by Marian Edelman, Rodham was viscerally involved in providing penurious immigrants, often illegal, with housing, sanitation, health and education. She was paid for by the government and stood for the government and regulations against private entrepreneurs like Donald Trump.

It should be of general interest to us that the current left-wing establishment had largely been formed in the early 1970s. Mondale’s Subcommittee on Migratory Labor members included, by means of example, the following:

–          Community organizer of Polish descent Barbara Mikulski: with BA in social sciences, she never held a job, and is currently the longest serving female member of Congress (longer than I have been alive, and I am no spring chicken anymore…!)

–          Community organizer of Polish descent (also the first generation Pole, like Mikulski), Bernie Sanders, admirer of Hitler and Marx, whose only degree is also a BA (political science)

–          Patty Murray, a “citizen-lobbyist” from Brooklyn, whose only qualification for 30 years in Senate (apart from community organizing) is a BA in physical education. Murray described herself as a “mum in tennis shoes…”

Shall I go on?

–          Al Franken, the “improvisational comedian” (Al Franken Show) who likes political satire and whose only qualification is a BA in “government.” I did not even know you can study and major in “government.” How does that prepare you to be a productive member of our society?

All right, so how about the man allegedly “unfit for presidency” Donald Trump? He earned his BA in economics from Wharton and immediately began to work in his father’s firm, improving living conditions for the middle class. He took a loan of $1 million and made it $1 billion. Who can do that? It is like making one dollar into a million.

Not many people also know that Trump was always a maverick, filled with healthy self-love and ego which I call American Pride. To “restrain” him, his father enrolled him in the New York Military Academy (NYMA), where he attained the rank of captain.

Does Clinton have a better qualification to be our Commander-in-Chief? Who is she again? A kowtowing pawn of a Secretary of State who hides e-mails and lies to everyone, probably including herself…

They are accusing Donald Trump of going through bankruptcy, which only shows ignorance of law – Chapter 11 bankruptcy serves to rearrange debt payments and enable a struggling business to make profit. No wonder it is politicians, who have never worked or run a business, who accuse Trump of failing because he pushed a casino through bankruptcy!

However, Donald Trump came to the rescue of many more businesses than we can imagine, large and small. He took on the burden of many foreclosed and bankrupted real estate deals and made them into successful enterprises. The Cincinnati complex in Ohio is one such example. Even more famously, he had an option to buy and made plans to develop the Penn Central Transportation Company, which was in bankruptcy. This venture included the 60th Street rail yard on the Hudson River (Riverside South) and the Grand Central Terminal, for which he paid $60 million. He turned the bankrupt Commodore Hotel next to Grand Central into the Grand Hyatt and created The Trump Organization, employing thousands of people and doing more for the poor, unemployed and immigrants seeking labor than any “community organizer in-chief” could ever dream of!

Let us also underscore that these projects required the government to get out of the way. For example, the repairs on the Wollman Rink in Central Park, built in 1955, had begun in 1980 with an expected 2 1⁄2-year construction schedule, but were not completed by 1986. Trump took over the management of the project without any city subsidy and completed it in three months for $1.95 million, which was $750,000 less than the initial budget! Whenever I see the scaffolding around the Congressional dome, I think of Donald Trump…

Communism says money is evil. All that the Big Government and socialist “redistribution” can produce is envy and more poverty.  As John Stossel pointed out, in spite of the left-wing Democrat propaganda, world poverty levels are approximately one half of what they had been twenty years ago. US poverty stagnates between 10-20%, with single family households about twice as much. Why? Think about $160bil we gave to Iran or the billions in foreign aid and UN support… Notably, however, our citizens spend approximately the same regardless of how much they make, which means that the more people have, the more they value what they have.

Capitalism is not about having but about doing – the very opposite of communism! For us, capitalists, money is the byproduct of our work. Other people’s money is the source of inspiration and excitement – leading to healthy competition, not envy. We strive harder, because life is a race and only the strong ones survive – not the sheep on social support, not the envy-ridden community organizers with little knowledge and even less scruples, whose sole aim is to rule over others and have more, not do more.

Let us ask ourselves again who is the one truly “unfit for president.” Is it the one who preaches welfare and redistribution, organizes and sucks up to the ignorant – or the one who practices, does, enlightens and proves himself by the fruits of his labor?

On Super Tuesday, Trump Holds a Rally in Ohio

The Art of the Steal: How Trump Won Over the GOP