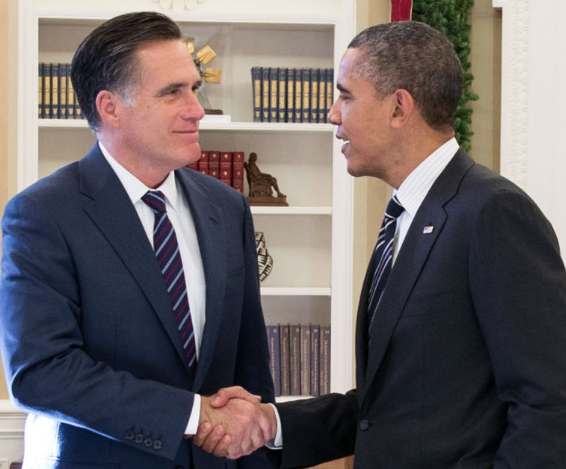 I feel the cross hairs going up on the back of my neck. The sound of panic from the Republican Party of 2016 reminds me of the British air raid sirens during World War II. The kind that I saw referenced as a child on old newsreel footage about the London bombings. Switch locations to D.C. That was the sound I heard in the back of my head when I saw Mitt Romney heading towards the podium on March 3rd, 2016.

I mean they have such a fear of actually changing gears with a Washington outsider that they have the nerve to insult me with the presence of Mitt Romney? That “man” among elitists? The man who blew the easily won 2012 election?

Let me explain exactly when I lost any amount of respect for Mitt Romney. It happened during the second debate between President Barack Obama and Republican Nominee Mitt Romney on October 17, 2012. My nephew Sean Smith had been murdered in Benghazi exactly one month and six days before this debate. A question came up about who bore the responsibility for the Benghazi attack.

Obama stated, “I am ultimately responsible for what’s taking place there. I am the one who has to greet those coffins when they come home, so you know I mean what I say.”

I remember watching this debate with my wife. I was angered at Obama’s arrogance and his lack of genuine remorse. Even at that early stage in the Benghazi story I was aware of a few simple truths. Mainly that our President’s lack of action and courage actually placed those four Americans in those four coffins.

As stated, I lost all respect for Mitt Romney that evening and the election was his to lose. He lost it and went into hiding. Now in 2016, Mitt Romney wants me to believe that he so genuinely cares about America that he feels he needs to make a speech about his perception of Donald Trump? The same Donald Trump that endorsed him? Why should we really care about your opinion Governor Romney when you betrayed America with your lack of courage in 2012? Who is paying you off now, Governor? Are you back on the establishment’s payroll?

Broadly, I am furious with the GOP’s denigration of the intellect of the American people in regards to who they want to vote for. It is none of their business who I wish to vote for. The GOP leadership is sailing on a ship of fools and they are poised to potentially lose another election with their back biting and their infighting.

This election will determine the path our country goes down. Are we going to vote for more of the same or will the people stand up behind a competent leader that can take on the establishment and stop the crony capitalism and back room deals? We have to stop being fooled by the Pharisees. Stop supporting candidates who support the establishments globalist New World Order (NWO) agenda. Before people decide who to vote for please ask yourself why the establishment would come out against Trump? Why do they fear Trump so much? Perhaps they know Trump may be the only candidate that can win in 2016 and not be controlled by the ruling class. All career politicians are nothing more than puppets to the establishment.

So four plus years later the Republican party has decided to use Mitt Romney as a human equivalent of the Obama TelePrompTer? To raise the level of disgust with the Republican party from 47% to 60%? To learn nothing from the lessons of 2012? To lose another election to the Democrats? In closing, I reference Defense Attorney Johnny Cochran’s statement during the 1995 O.J. Simpson trial, “If it don’t fit you must acquit.” Well Washington elites, tired party reptiles, and overpaid lobbyists the election is yours to lose. If the path don’t fit, you represented with Mitt.

Daniel Greenfield: Bernie Sanders Is Not a Jew