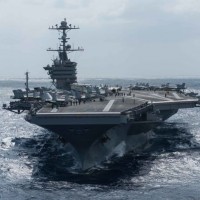 It’s not unreasonable to be upset when the government refuses to do its job. This is especially true when you consider that, from a conservative perspective, there’s really very little that the government should be doing in the first place. Frequently it forgets itself, ignoring the fact that it exists to serve we the people and taking upon itself responsibilities and powers for which it is neither qualified nor competent. But we do need the government for some things, and those things tend to be very important. Take, for example, the imperative of protecting us and our families from external dangers. It’s hard to imagine a more important job for anyone to have, anywhere, because if we’re not safe, then we’ve truly got nothing.

But our politicians seem more concerned with arguing and insulting each other than actually addressing national defense. Worse, when they do handle that issue, it is usually in the worst possible ways. We are bafflingly drawing down our military, closing the detention camp at Guantanamo Bay, and allowing our technological capabilities to languish at a time when the world is less stable and posing a greater danger to the US than ever before.

Let’s start with North Korea, whose power-drunk, in all probability insane dictator – excuse me; “Dear Leader” – has been conducting provocative nuclear tests and stockpiling his arsenal of nuclear weapons. He has even been improving his delivery systems; with the explicitly stated goal of being able detonate a nuclear warhead in Los Angeles. He’s not there yet, but working hard and experts are already worried about Hawaii. Why are we embracing a military posture of weakness that can only embolden this kind of behavior, and make us an inviting target?

China is another problem. Their economy is growing so rapidly that they will soon outpace ours in both total size and GDP, and their military is already the largest in the world. Once they get an industrial base under with which we can no longer compete, we will be in a permanent position of inferiority.

As a  “show of force,” the U.S. Navy sent an aircraft carrier and five escort ships to the South China Sea. Tensions have increased over the last month after it was learned that China had placed surface-to-air-missiles on one of the Islands.

Then there’s Russia. They have already acted aggressively towards Ukraine, raising fears in Europe of old Soviet-style conquest and they have taken the lead in Syria in a way that has emasculated the US and left us looking weaker than ever.

And speaking of Syria, it’s now looking like what Russia is doing there is in support of their puppet state – ruled by Assad – rather than born of any genuine desire to combat ISIS. So if Russia isn’t fighting ISIS, and we don’t care to…who is?

The answer is no one, which leads us all the way to the single biggest threat facing the United States and the world today: Terrorism. ISIS is a terrible example, but it’s only one. Unfortunately, there are numerous Islamic terrorist groups in the Middle East, all of which hate America and the West and wish to do us harm. They have resources, and the ability to reach our country with their agents to wreak all manner of chaos among our people. We are in imminent danger from these monsters, and still our government ignores its most solemn duty to protect us.

Why is this happening? Why do we neglect our brave military at the precise time that we need them most? Why has the Obama administration spent seven years allowing them to languish instead of strengthening them so that they can protect us from the evil that exists in this world? And most importantly of all, why do we tolerate this? When are we going to reject government inaction and demand that our elected representatives keep us safe?