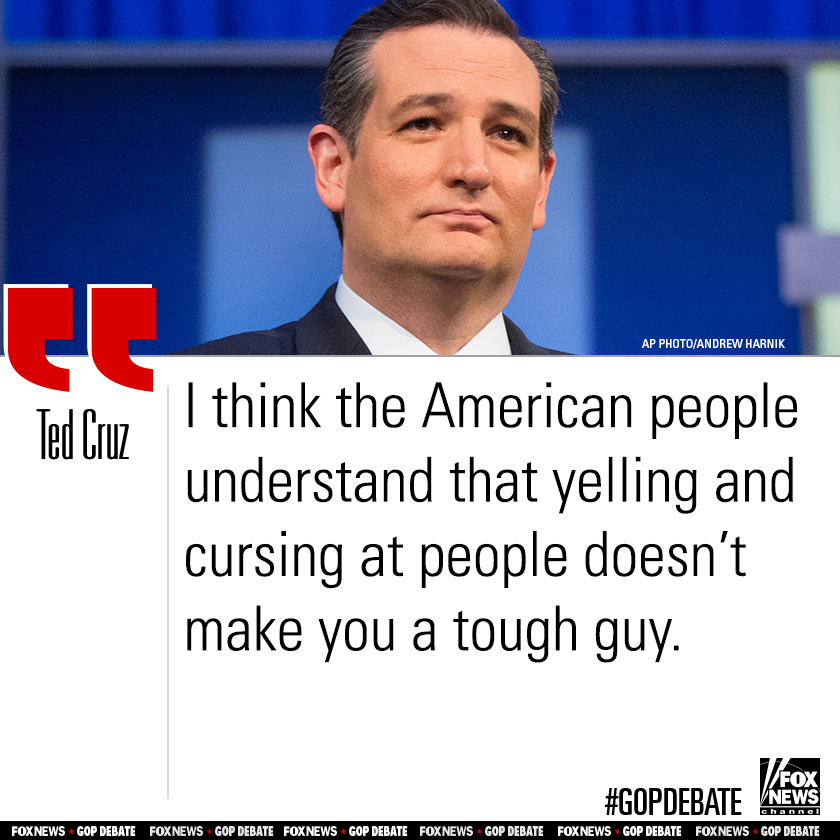 The three alpha males certainly duked it out on camera. But during the commercial breaks, Cruz was spotted playing with his children.

Since the debates can be rather brutal, it’s nice to see a softer side of each candidate.