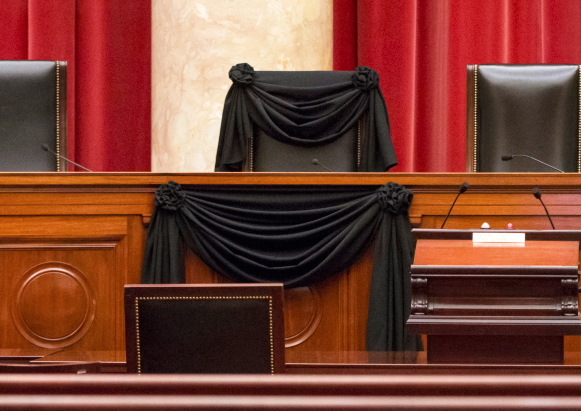 Conservatives are focusing on the nomination of Merrick B. Garland as a fight for Second Amendment rights, but it is much more than that. Seating Garland (or any other liberal) on the bench will be a great triumph for the liberal faction. That one liberal justice will be the last vampire needed to suck the blood out of our constitutional government.

To understand my claim, we must first define the liberal process: it is the subjective interpretation and enforcement of law—instead of honoring law as it is written. To a liberal, the actual intent of written law matters only when it suits their faction’s intent. This is why the Second Amendment’s order of “shall not be infringed” is mostly ignored, resulting in the outright bans of guns by some governments and incredible restrictions and paperwork burdens on others who wish to enjoy their Second Amendment right. Moreover, this is why the First Amendment’s order of the “free exercise” of religion doesn’t matter to their subjective mindset. The liberal faction has replaced that clause with words from a letter written by Thomas Jefferson: the “separation of church and state.” Never mind that Jefferson wasn’t a writer of our Constitution. Never mind that a personal letter is trumping the Constitution’s ratified order. Never mind the Constitution at all.

Do you get the idea?

The liberals have a process. They introduce their mutations and their pals in the media and the education business follow their lead, without caring one bit about its effects on our nation. All they care about is their party’s power. Their process indoctrinates the standard TV watcher and the young people, especially the students as they approach voting age, who are conditioned to believe that our Constitution is outdated and racist. Add to that the liberals continued attacks on the founders, such as the canard that Jefferson had sex with his slaves, and you have the formula for twisting the minds of well-intentioned voters into their being devoted followers of the party that has subjected our nation to the greatest debt in history, a horrible event.

From the powers gathered in Congress by this process, the liberals have used the nominations of judges to promote the seating their agents in courts whenever possible, while blocking proper constitutionists at every opportunity. The count is now 4-4. Add that last vampire and our Constitution will only mean what the liberal faction says it means.

Once that fifth vampire is seated, litigation will determine the law more than the law itself. Think of the shift in power; it will give the trial lawyers and their favored politicians the ability to define what “is” is, the powers to explain which laws make no difference, and will establish a direct connection in campaign finances between the liberal politicians and any enemy of our republic, foreign or domestic . If you believe that things are bad now, consider how bad they can get with the the last vampire in SCOTUS.

The bottom line is that the debate on this empty seat on SCOTUS is a fight for our entire constitutional republic. Fight like it’s worth it.

The European Social Media Attack Against ISIS: Hashtags and Tweets