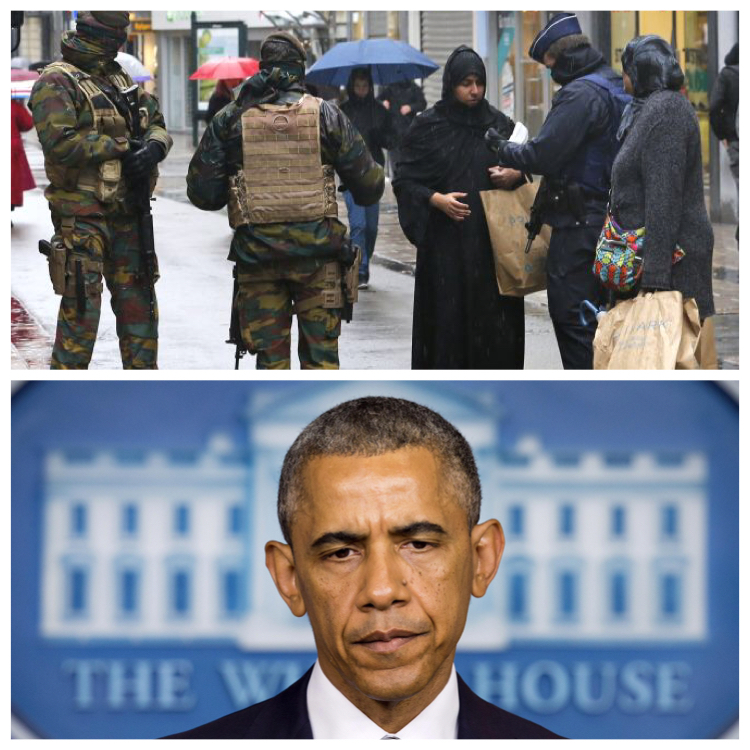 Was this another “setback”, Mr. President? As we recall, after the Paris Attacks, the president claimed those killed one by one in the Bataclan theatre was just a hinderance–considering he had ISIS “contained” at the time.

President Obama might need to let the terrorists know they’re “contained” because on Tuesday a suicide bomber made a beeline to American Airlines’ ticket counter in Brussels’ airport.

Belgium police were reportedly warned about a “revenge attack” due to the recent arrest of Saleh Abdeslam, a terrorist connected to the France hit in November 2015. It is not clear if there is a link, but to wake to a modestly secured airport in Brussels under attack just 4 days later, would be an immense coincidence.

So often we witness coordinated attacks succeed with the assistance of cell phones, social media, and careful planning. You wouldn’t be human if you didn’t question our intelligence in these sort of situations. Is the federal government ahead of the curve? Today’s terrorists are young and tech savvy. Terrorist groups are advising members about online anonymity and avoiding intercepts. Besides our resources, do we have ample access to Arab intel? Or is that commonsense that borders political correctness and we try to remain on the outskirts to avoid offending certain races?

The Boston bombers were questioned by the FBI long before their horrific attack on American soil. Yet, the local police had no idea. Another question, do we have a jazzy, Obamacare website now totaling over $2 billion dollars, yet no database keeping local police informed on FBI investigations? Keeping tabs on suspected terrorist may cost less than the administration’s projected price of $394 million to insure those at the expense of others.

Knowing the US is the number one target for ISIS, the above simple questions may bring fear to the average citizen just trying to pay their taxes to keep others above water. Sure racial profiling is wrong, but is it immoral to profile based on someone’s interactions, criminal history, or ideology? When will leadership face the reality that many countries, including the US is under attack? I believe the first step is commonly no longer being in denial.

The Real War is on Freedom and Liberty

In Wake of Brussels Attack, Cruz Calls On President Obama To Act