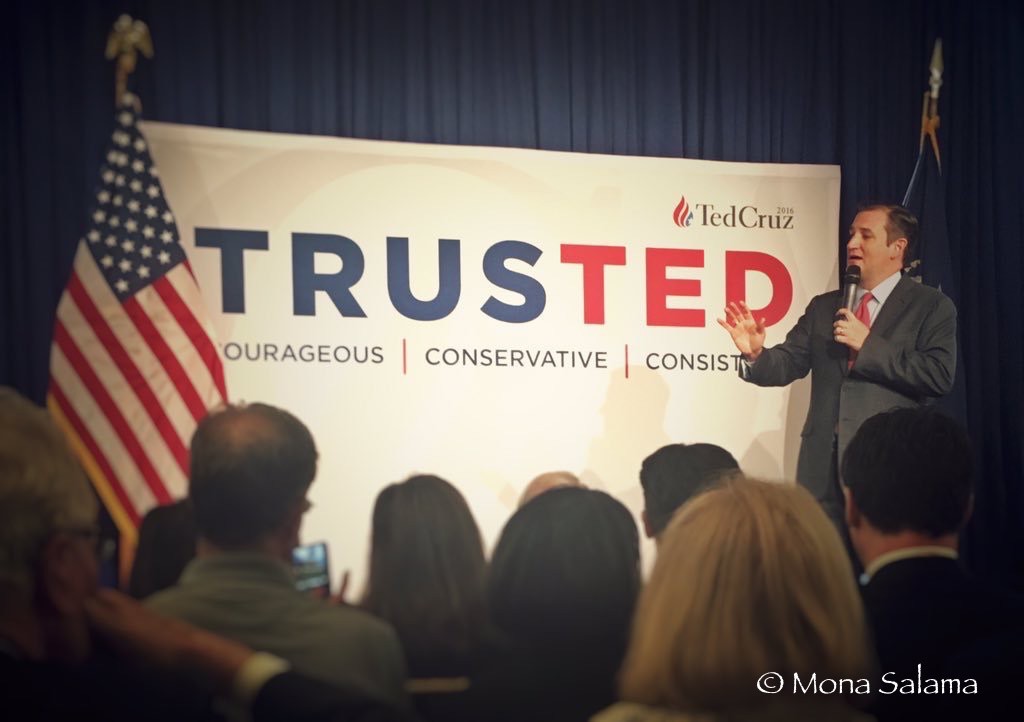 New York, NY. — Just six blocks away from Trump Towers in midtown Manhattan, Texas Senator Ted Cruz made a campaign stop in a state he once criticized but now holds an importance to his political survival.

In a speech peppered solely with reference to New York politics, Cruz blasted New York City Mayor Bill de Blasio for being an enemy of the NYPD and for his “political correctness” of disbanding the NYPD Muslim Surveillance program, an intelligence division that covertly monitored Muslim neighborhoods and mosques to track terrorist groups after the September 11 attack. He also attacked his rival and fellow New Yorker, Donald Trump for donating to the most powerful New York Democrats over the years.

“Mayor de Blasio is very unhappy with me because I said we should empower law enforcement,” Cruz said. “The mayor’s response is, essentially, ‘Who are these terrorists of which you speak?’ Look, it is that ostrich-head-in-your-sand political correctness that has made America so vulnerable.”

He continued on, “New York City, under Mayor Bloomberg, had a program that focused on, worked proactively with Muslim communities to stop radicalization to prevent attacks from radical Islamic terrorism before they occur,” Cruz said. “Now what happened? Mayor de Blasio came in and decided political correctness mattered more than keeping people safe. He disbanded the program.” 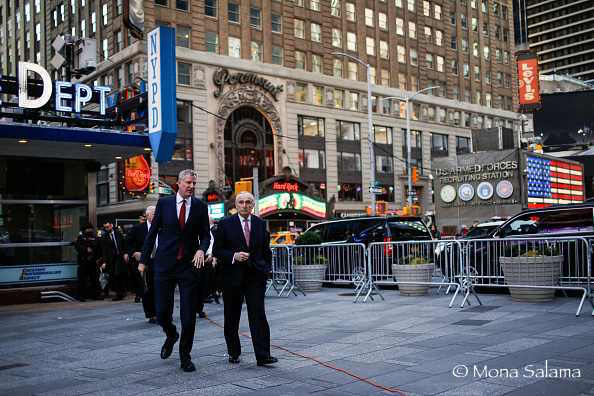 New York Police Commissioner Bill Bratton lashed back at the Texas Governor statement, saying the GOP hopeful is clueless when it comes to policing and anti-terror initiatives. “[Cruz] doesn’t know what the hell he is talking about,” Bratton said in a press conference prior to Cruz event. “While he’s running around here, he probably has some Muslim officers guarding him.”

Bratton added, “I would remind the Senator that he lives in the United States of America,” Bratton said. “The statements he made today is why he is not going to become president of this country. Because we do not need a president, who doesn’t respect the values that form the foundation of this country. I have over nine hundred very dedicated officers in this department, many of whom do double duty. They serve as active-duty members of the U.S. military in combat, something the Senator has never seen. So before he starts denigrating any population group, take a close look at who he is denigrating.”

Mayor de Blasio, who appeared alongside the Commissioner, also reproached the GOP hopeful. “[Cruz] comments are not about safety and security. It’s demagoguery,” de Blasio said. “I just have to say it’s reprehensible.”

Cruz also took his attacks on the Mayor one step further by mentioning a touchy subject of NYPD officers famously turning their backs to de Blasio several times. The feuded between Mayor de Blasio and the NYPD began in 2014 when the mayor infamously said he fears for his son “the dangers he may face in any encounter he has with the police officers,” after the grand jury chose not to indict a cop in a chokehold death of Eric Garner. The verdict led to mass protest across the city for weeks until the tragedy of two officers, Wenjian Liu and Rafael Ramos were assassinated in their patrol car.

“When the heroes of the N.Y.P.D. stood up and turned their backs on Mayor de Blasio, they spoke not just for the men and women of New York, but for Americans all across this nation,” Cruz said, to loud cheers from the crowd.

Even though Cruz focused much of his speech lambasting Mayor de Blasio, he also didn’t forget to criticize his GOP rival Trump in regards to the real estate mogul bankrolling liberal politicians that have dominated New York policies.

When asked if his previous comments of “New York Values” used against Trump before the Iowa Caucus would hurt his chances amongst New Yorkers, Cruz brushed it off. “You know I am not worried at all,” Cruz responded. “Because the people of New York understand first-hand the liberal, left-wing values of New York politicians.”

Defending his argument of “New York Values,” Cruz cited the different liberal policies that have caused New York to suffer. “Whether it is men and women in upstate New York and western New York who would like to work and have high-paying jobs, but liberal politicians prohibit fracking so they don’t get the same high-paying jobs that people in Pennsylvania get,” Cruz said. “Or whether it is African American and Hispanic school children here in the city of New York who Mayor de Blasio tried to throw out of their charter schools because he is, in effect, bought and paid for by the teacher union bosses.”

Cruz is considered an underdog in the New York primary that will be held on April 19. In the past New York Republican presidential primaries didn’t matter due to the state voting late in the game. By the time past presidential hopefuls came to New York, the future GOP nominee was faced in an uncontested battle for the nomination. However, the 2016 race has changed that. With now three candidates fighting to the finish line before the convention, New York will now have the chance to see each of the candidates campaign here. With 95 delegates awarded proportionally based on congressional district, Trump is seen to be positioned to take all the delegates, similar to the results seen in South Carolina. Recent poll conducted by Emerson College in New York has Trump 64% to Cruz 12%. New York City along with western chunks of New York State is considered Trump’s territory based on the New York surrogates the front-runner has secured in endorsements.

“New York is going to be a battleground,” Cruz said. “It’s been a long time since the State of New York had a voice nationally in selecting the nominee.”