(Author’s note:  The encouragement and advice I received from everyone at CPAC gave me the much needed confidence to write my first article for PolitiChicks.  I wanted to thank all who helped and especially the awesome Ann-Marie Murrell for the opportunity! With that much deserved acknowledgment, it is from those interactions at CPAC that brought the following article to fruition.)

If you have a smartphone with apps on it, you get notifications about whatever battery-draining activity is happening on social media.  So on February 20th I was notified of the following video by Robert Reich, 4 Reasons Ted Cruz is More Dangerous Than Donald Trump:

Is this supposed to scare people from Ted Cruz?  Let’s see…

1. Ted Cruz is “Fanatical”. This is one of those terms used to paint someone like Cruz as an extremist. But what is it that is so extreme about wanting our country to stick the Constitution? It’s people like Reich who believe in a Constitution that has no true meaning and can change at the whim of whatever is popular at that time. That sounds more fanatical than anything related to Cruz.

2. Ted Cruz is a “True Believer”. So let me get this straight; actually believing in your principles is considered a detriment? Bernie Sanders could actually be considered a true believer and while I don’t agree with his views I can respect that he is running on an ideology he truly believes in. Wouldn’t it be great to see a presidential race where the people had a clear choice between the candidates?

3. Ted Cruz is “Disciplined and Strategic”. This sort of criticism shows that people like Reich are threatened by Cruz because, along with his passion for the Constitution and the fact that he is truly a believer, he is also wise enough to stay on message and not get distracted by his opponents tactics. 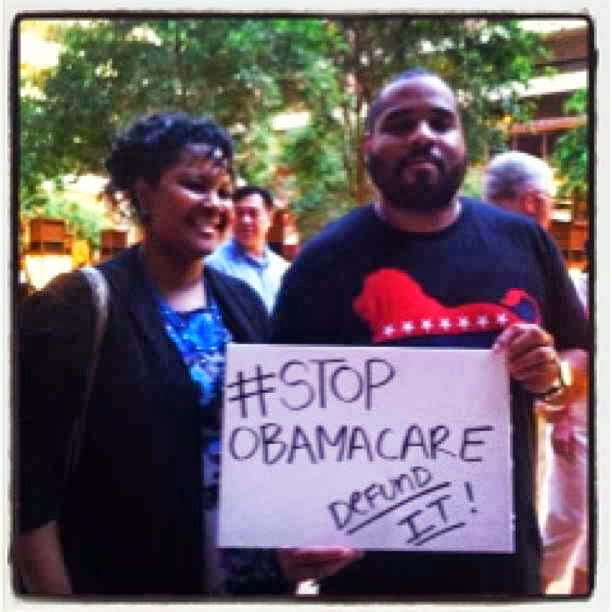 4.  Ted Cruz is a “Destroyer”. A destroyer of what? Big government programs like Obamacare? In the video Reich mentioned that Cruz leads the Republicans off “fiscal cliffs”, specifically pointing out the 2013 government shutdown. To be clear, a bill was passed to fund the government except for Obamacare but Senator Reid and President Obama would not accept that and they proceeded to shut the government down until they got what they wanted. Sen. Cruz was in the middle that fight. I remember attending one of the “Defend Obamacare” events and I was glad to see someone actually do what he said he would do when campaigning for the U.S. Senate seat.

Those four reasons that make Ted Cruz so “dangerous” to people like Reich and his ilk are the same reasons I’ve been a supporter of Cruz since 2012. 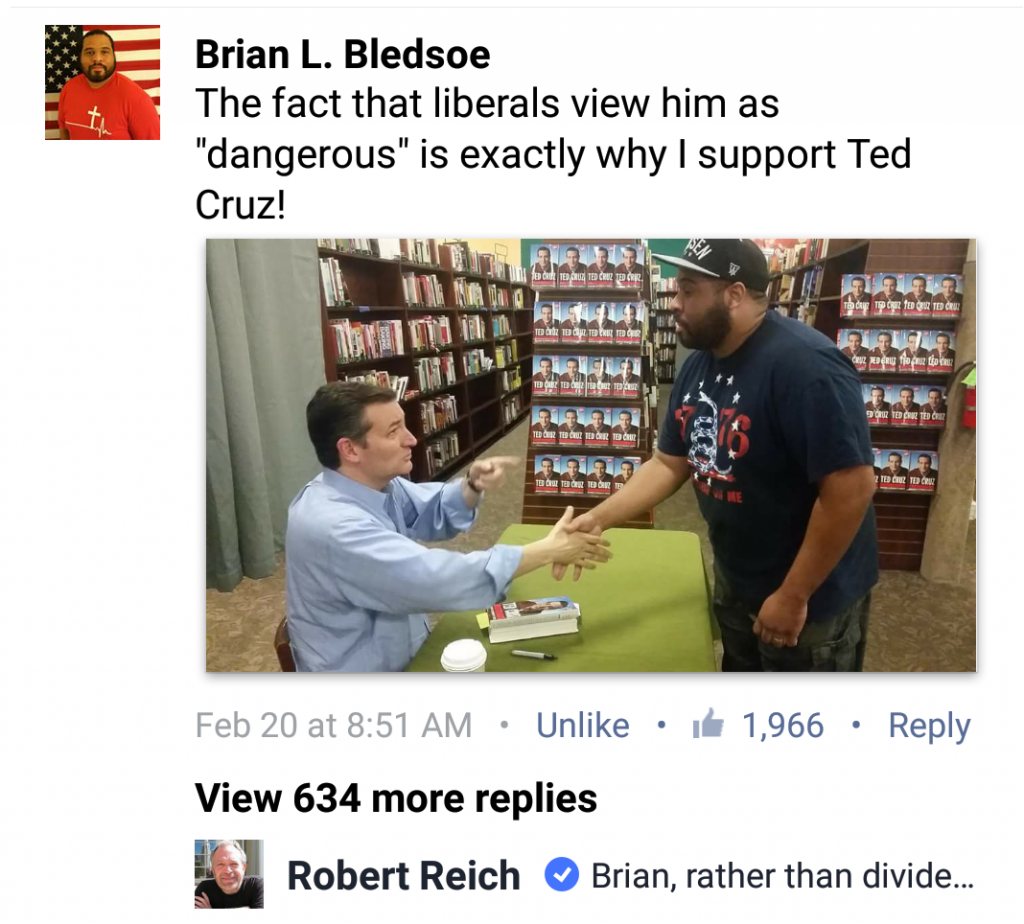 So I decided to leave a comment on the video along with a picture of me shaking the Senator’s hand at his book signing for “A Time for Truth” last year.

The video was went viral among conservatives as well as liberals and I was getting a few likes and replies, but all that changed when Reich himself replied to my comment. 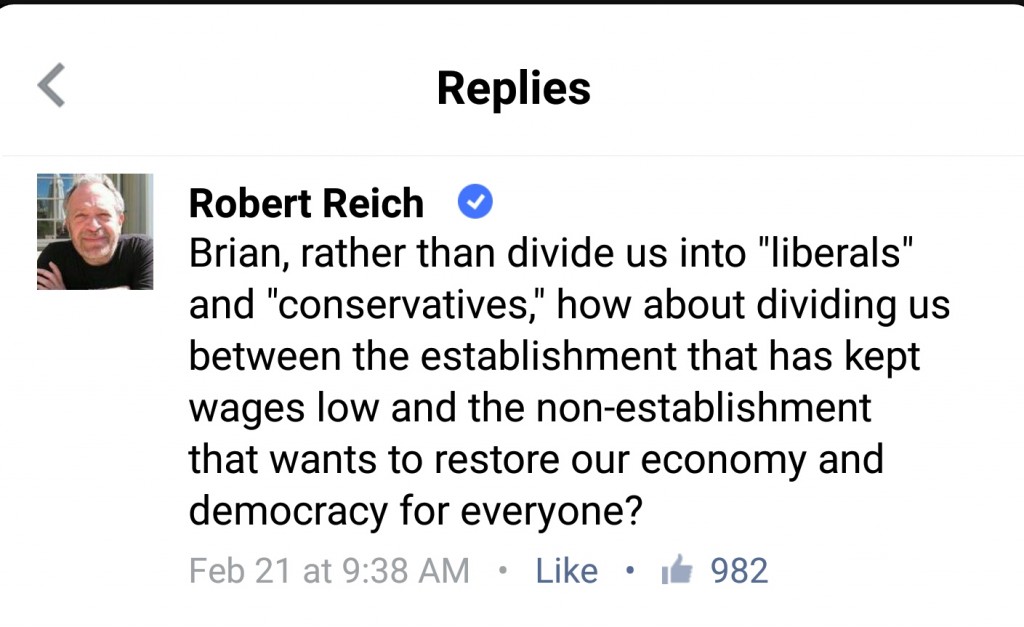 Soon after he sent his reply to my comment, the Facebook notifications on my page went crazy! It was as if Reich sent a signal to all his fans alerting them about my comment so they could either lecture me about how “evil” conservatives are or to just insult me with the typical tired cheap shots all conservatives have heard, along with the additional ones reserved for minorities who dare to be conservative.  (A few minutes after his response I asked him for clarification but he never replied back.)

Over time the replies have evened out between compliments and complaints, but today, as I’m writing this, I’ll still get one or two notifications about it.  So I guess Reich thinks I’m dangerous, too. If that’s the case, I’m in good company.

Who Is George Soros?