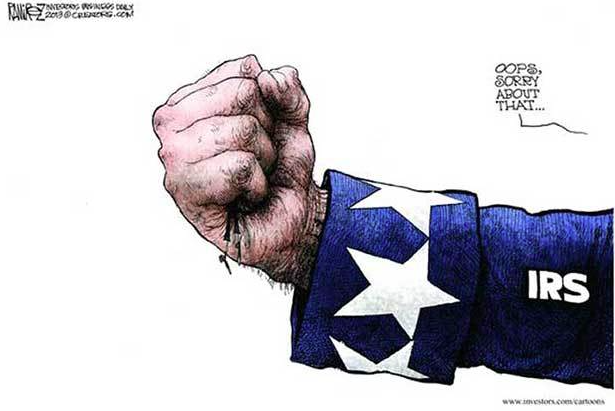 For the past twenty years I have worked for a CPA firm and tax returns are clearly a privy matter. I can think of other things that are equally as personal but not more so than what income a person makes and how he or she spends it.

You can see this sensitive subject matter play out in real life with family members of an accountant. No one engages Uncle John CPA or Sister Suzi CPA to do their taxes and financial year end planning even though there would the familial discount of being at no cost. The reason is a simple one: wealth is private.

Etiquette has told us from very early on in our upbringing that certain topics are not up for social discussion. We are taught that being civilized entails remaining considerate of others including not only their property but their personal space and boundaries too.

Americans educate their young not to inquire upon others questions that are of a particular nature such as, How much money do you make? Are you a virgin? How old are your teeth? How much do you weigh? Are you a man or a woman? How much is your mortgage? Does your wife know you have a girlfriend?  It is innately understood that no one would appreciate the same invasive questions asked of themselves. And when someone does cross this line of communication their question reveals a lack of refinement and regard and does not deserve an answer, no matter how the silence is perceived by others.

There is specific criterion a candidate needs to meet for a Presidential run to be legitimate as is spelled out in The Constitution but making their personal tax return public knowledge is not on the list.

Yes, I fully understand that a candidate running for office can be equated to a job interview and as the employer, the voting public likes to know as much as possible about the candidate for whom they cast their most precious vote.   I agree with this and yet the tax return is too over reaching and reveals far too much information. The process for which people run for office is basically such a turn off that it repeals many wonderful citizens that would never put themselves under such scrutiny to run.

When an American files the legal paperwork to run for office they have to fill out Form 278 which has several requirements including a list of the candidate’s assets and liabilities and is “… still notoriously invasive and occasionally embarrassing. Indeed, it’s widely considered an obstacle to staffing the executive branch.” Let us be honest, nothing is private when it comes to the media and the salacious appetite of a certain part of our population who feel entitled to know all confidential information of a President Elect but in reality this is simply not true.

The informal practice of media members and other politicians demanding release of tax returns is nothing cutting edge and many Presidential hopefuls have succumbed to the loud pressure of the media to indeed release their most removed and special information of not only their life, but of all of their dependents. But not all of the candidates do release their tax returns. In the last several decades there have been about seven that have refused to follow suit.

In 2012 Senator Harry Reid was way out of line when he accused Governor Mitt Romney of evading taxes for ten years, then demanded to see his tax return. He thought he was scary smart and powerful as he tried the oldest trick in the book to pull Romney supporters away from their candidate to vote for Barack Obama instead. Reid is not stupid he knows good and well that the relationship between a wealthy American and the IRS is a close one. The IRS is most interested in the taxes of citizens that maintain healthy bank accounts than they are someone who is poor.

Unfortunately Governor Romney succumbed to Reid and released his tax return to the media because to do otherwise would be misread as admitting guilt of some kind. And of course Romney had paid his taxes and did so in a timely fashion. Most wealthy people pay their taxes because if not, they would end up in federal prison (except for Democrats like Al Sharpton). And incarcerated wealthy Americans really put a dent into the government’s cash flow because when “evil rich people” are in jail and cannot work, their income goes down and Uncle Sam cannot take as much. as is example in the 2013 Congressional Budget Office report shows accounts for the bottom line numbers. In 2013 The CBO reported that the top 20 percent pay nearly 93 percent of all income taxes, while the top 40 percent pay 106 percent of them.

So I was very surprised and disappointed when Governor Romney himself recently demanded that Mr. Donald Trump show us his tax returns because he is convinced Trump has something to hide. I am not sure if the good Governor from Massachusetts had a bad fall and bumped his head or it was a case of sour grapes or just a low blow from one millionaire to another. But his behavior sure gave the infamously loyal President Reagan good reason to roll in his grave as Mitt broke the eleventh commandment. Republicans shalt not ever insult other Republicans, well…outside of the primaries anyway.

Not demanding release of tax info is not even a matter of moral high ground. It is common sense. It is human decency. It is sensible. It is appropriate. It is a big ole heaping spoonful of the Golden Rule that if applied would bring more good people to the Presidential primaries every eight years giving Americans much more choice.

The IRS is an institution in place to track U.S. money with a paper trail that uses accounting principles and procedures to audit income tax. The clandestine information that can be retrieved from personal income tax returns is not meant to be levied as a political tool or used as a politician’s weapon such as in 2013 for example.

Ahead of the 2014 midterm congressional elections the IRS admitted after the fact that they had targeted certain political groups and people with conservative affiliations, in particular going after members identifying with The Tea Party for audits that brought undue intensive scrutiny.

The old job interview excuse as to why we must see a President’s tax return to ascertain if they will make a good President, you know all in the name of Governmental clairvoyance is just that, an excuse. The reason the media and others are interested in Trump’s tax return is because The Trump campaign is sweeping the Nation and his political enemies are desperate to stop his political momentum. Along with the twisted fact that the Left in this country have decided it is obscene and evil to be wealthy.

Liberals like to pretend they do not know where money comes from and they need to verify Trump’s tax return. Just like with Romney the only reason the left wants to see a tax return is to know how much money a rich man has and then insult his opulence. That is all there is to it.

Romney and Trump are a couple of the same wealthy individuals that keep society from falling on her face because so many people do not pay their fair share. These affluent citizens work hard enough to get rich and are smart enough to invest it and not spend it. Wealth is never in all part inheritance, or luck. It is easy to spend money and hard to become financially well off, funny how Senator Bernie Sanders never mentions this in his revolutionary rallies…No, instead the good Senator from Vermont, who was not quick enough to get the big bucks for a university gig or a Wall Street speech, wants his supporters to follow him to the Money tree orchard.

The Media's Willful Blindness About Islam