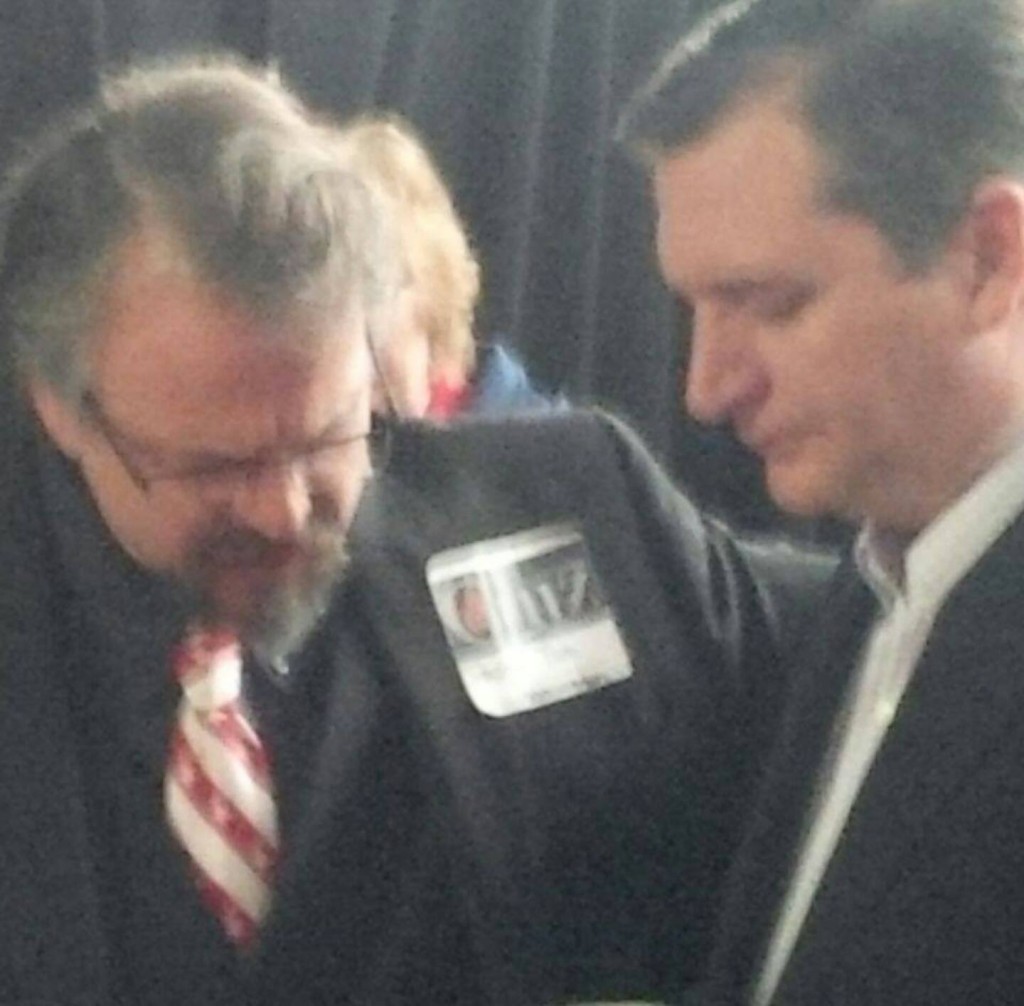 After pastor Tim Remington was shot six times, including once in the head, reports are saying his is “absolutely fine” and is expected to fully recover.

From the LA Times:

Forty-eight hours after praising the rise of Ted Cruz as “nothing short of a miracle” during a rally for the Republican presidential candidate, an Idaho pastor was experiencing a miracle of his own Monday – recovering from a bullet to the head and other gunshot wounds sustained in an ambush outside a Coeur d’Alene church.

Tim Remington, a popular leader of the community’s religious right, was shot six times Sunday afternoon by a suspect authorities identified as a 30-year-old former Marine, Kyle Andrew Odom of Coeur d’Alene. A manhunt was underway Monday to find him and a silver Honda that sped from the Altar Church parking lot.

The daylight shooting was caught on security video, authorities said. The resort town’s police chief, Lee White, termed Odom armed and dangerous and said he should be “taken off the streets as quickly as possible.”

Though rushed to Kootenai Health and Medical Center in critical condition after being shot in the skull, lung, shoulder and hip, the California-born Remington, 55, was later upgraded to fair and was doing “absolutely fine,” according to the church’s associate pastor, John Padula.

Security video, Padula told the Spokesman-Review newspaper, showed the suspect attending a Sunday service at the church in northeast Coeur d’Alene, a city of 46,000 residents about 35 miles east of Spokane. The suspect, who wasn’t a church member, waited in the parking lot after Remington finished his sermon and prepared to leave.

A family friend, John Crigger of nearby Kellogg, said he talked with Remington’s wife at the hospital and “as far as I understand it, Tim Remington will simply have more reason to boast in the Lord.” On his Facebook page, Crigger wrote: “Shot six times and not ONE vital hit…. Emergency room Tech’s and Dr.s are calling this a miracle.”