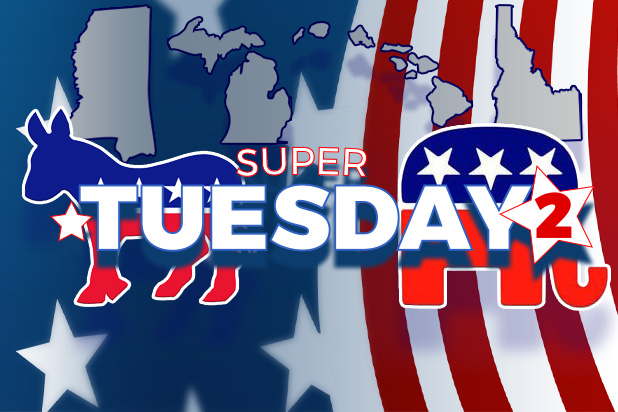 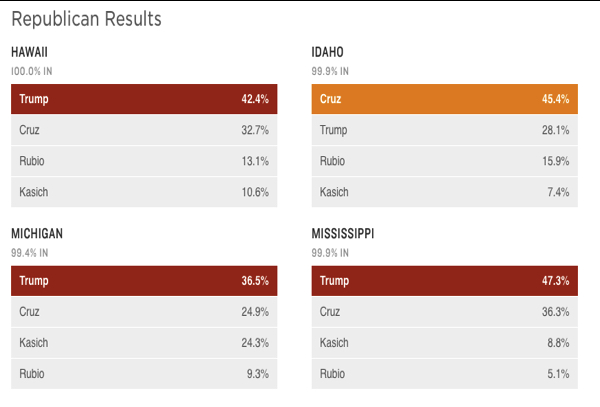 Cruz Wins Idaho as Trump Takes Hawaii
The results from Super Tuesday 2 where the GOP had 3 states were holding primaries and one holding a caucus are in — Donald Trump wins Michigan, Mississippi and Hawaii, while Ted Cruz won Idaho.

In Idaho, with 51% reporting, AP called Cruz the winner, where he was leading with 43% of the votes to Trump 29%. Having now seven states in his pocket, Cruz can continue on with his argument that he is the only viable candidate that can’t defeat Trump.

Idaho’s delegation count is divided by a proportional system where a candidate must break at least 20% of the vote to be awarded partial delegation or 50% to be awarded all of the 32 delegates in Idaho. With 99% reporting, Cruz won with 45.4% of the votes and will be allocated 20 delegates. Trump, who came in a distant second with 28.1%, will receive 12 delegates. Both Marco Rubio and John Kasich failed to break 20% in votes; therefore neither will be awarded any delegates.

In Michigan, Cruz and Ohio Governor John Kasich was in a fight for second place. Kasich was hoping a good showing would give him the boost he needed before heading into next week’s crucial contest in his home state where the contest is settled on winner-take-all. With 80% reporting, Cruz was in second place with 4,000 votes over Kasich and would capture second place from there. However, both Kasich and Cruz will be allocated 17 delegates each out of the 59.

The final state was Hawaii, where Trump claimed the last prize of the night by winning the Hawaii caucuses. Shortly after 2:30 A.M Eastern, AP called Trump with 45.2% of the votes the winner with 51% reporting. Cruz was in a distant second, receiving 31.3% of the votes. With 100% reporting, Trump received 42.4% of the votes with Cruz coming in second with 32.7%. Rubio finished in third place with 13.1%, followed by Kasich, who came in fourth with 10.6% of the votes.

Hawaii only has 19 delegates that are awarded proportionally. So far based on reporting, Trump is estimated to receive 11 delegates while Cruz will grab 7 delegates. 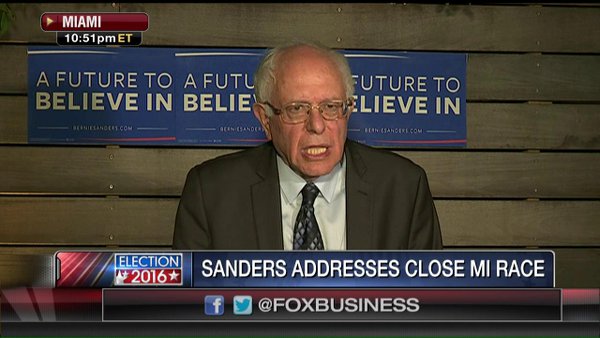 On the Democratic side, there were only two contests being held during Super Tuesday 2 with 166 delegates up for grabs. Hillary Clinton won Mississippi, while Bernie Sanders shocks everyone to win the Michigan primary in a tight race that he was projected to lose by double-digit margin.

The biggest news of the night was Sanders’ major victory in Michigan, a win that will give him the fuel to continue onward and halting Hillary’s hopes of quickly securing the democratic nomination.

With 99% reporting, Sanders captured 49.9% of the votes compared to 48.2% for Clinton. Prior to the primary, polls showed Hillary a huge favorite to win Michigan, giving her a margin of between 11 to 37 points over Sanders. However, none of the polls released before the election surveyed any voters after the Democratic debate that took place on Sunday where Sanders focused his tune on attacking Hillary for her past support of trade deals. It’s a big issue in this state that relies on its auto industry for jobs and manufacturing that fuels the regional economy. In the 1990s, Hillary’s husband, President Bill Clinton signed the NAFTA trade agreement, which has cost the state of Michigan thousands of manufacturing jobs throughout. Sanders seized on this topic to hammer Hillary’s support on free trade, arguing Michigan’s manufacturing base have eroded, leading to a shortage of jobs due to trade deals passed during Hillary’s husband tenure.

In his narrow victory, Sanders proved he isn’t going down without a fight. “I want to take this opportunity to thank the people of Michigan, who repudiated the polls that had us 25 points down a few days ago, and repudiated the pundits who said Bernie Sanders is not going anywhere,” Sanders said. “What tonight means is that the Bernie Sanders campaign, the people’s revolution that we are talking about, the political revolution that we are talking about, is strong in every part of the country.”

Although winning Mississippi in a blowout win due to a huge advantage among African-American voters, Hillary’s weakness amongst attracting blue-collar Democrats and independent voters will be problematic as Ohio, Illinois, and Missouri head to the polls next week, all having similar demographics and sentiments like Michigan. Focusing solely on the Flint’s water crisis, Hillary underestimated the electoral outside the African-American community, as Sanders competed across the state other than solely Wayne County. Sanders also closed the gap amongst black voters, winning 30% amongst that demographic, a much better performance than last week’s Super Tuesday minority states.

Despite the narrow win, Sanders won’t see any real gains in delegates from Michigan. With 130 delegates up for grabs, Sanders is projected to win at least 63 while Hillary will obtain at least 52. Her win in Mississippi will give Hillary a boost of 29 delegates compare to 4 for Sanders. 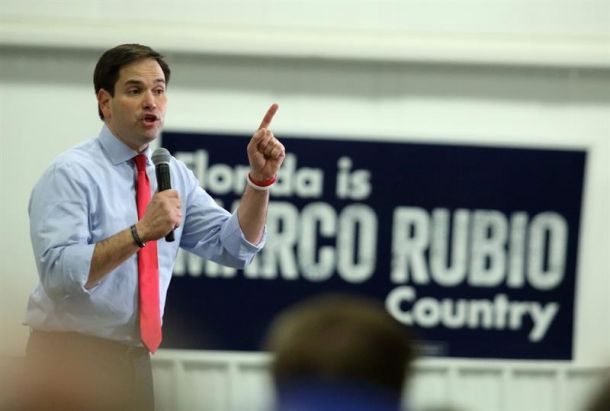 Bad Night For Marco Rubio
Marco Rubio quest for the GOP nomination suffered a major setback with just a week until a do-or-die primary in his home state of Florida. Even though he was expected to win either of the 4 states contested nomination, Rubio lost more by gaining nothing at the end. He failed to obtain enough votes to be allocated any delegates in Michigan and Mississippi, where he came in fourth in both states. In Michigan, he received 9.3% (123,016) of the votes, and far worse in Mississippi with 5.1% (20,691) of the votes. What makes the losing sting even more is the one time golden star in the Republican Party was overtaken by John Kasich, a well lesser known candidate in the four-man GOP field. Kasich, who came in third in both states, was able to come out Super Tuesday 2.0 with 17 delegates added to his count.

In Idaho and Hawaii, Rubio came in third place, but failed in both states to obtain the 20% threshold needed to allocate any delegates.

Refusing to hold an election night rally like previous times, Rubio who has headed home to focus on this do-or-die election for the nomination. Facing increasing pressure to drop out, the race to coalesce around Ted Cruz as the only option to defeat Donald Trump, Rubio’s campaign has insisted that he isn’t going anywhere- even after Florida. “I don’t think anyone has a clear path to 1,237 delegate,” Rubio said in a Florida rally on Tuesday. “So buckle up your seat belts, this ride has got a few more tricks and turns.”

Even if Rubio were to win his home state and obtain all 99 delegates, it still won’t be enough to catch up to Trump who now has 458 and Cruz who has 359 in their pockets. As of right now, Rubio has 150 delegates to count out of the 1,237 needed for the nomination.

An obvious reason for his “shrinking campaign,” a headline from The Drudge Report is the recent hostile attacks and sexual innuendo reference Rubio has made the past two weeks. Prior to his childish attack, Rubio was in a close battle for second place against Cruz, where Rubio was able to come out the winner in the early states of Nevada and South Carolina. Going forward when Rubio unleashed an all-out war on Trump, calling the front-runner a “con-artist,” mocking his tan and the size of his private parts has now backfired big time, where on Super Tuesday, he only won one state and came in third in most. Even though he came in third place, Rubio failed to gain 20% in most of them, thus failing to gain any delegates that night.

Rubio has a week to prove he belongs in the 2016 race. His campaign team says he is staying only in Florida to campaign even though four other states are also holding a contest the same night. The stakes couldn’t be higher for Rubio. Stay tune.