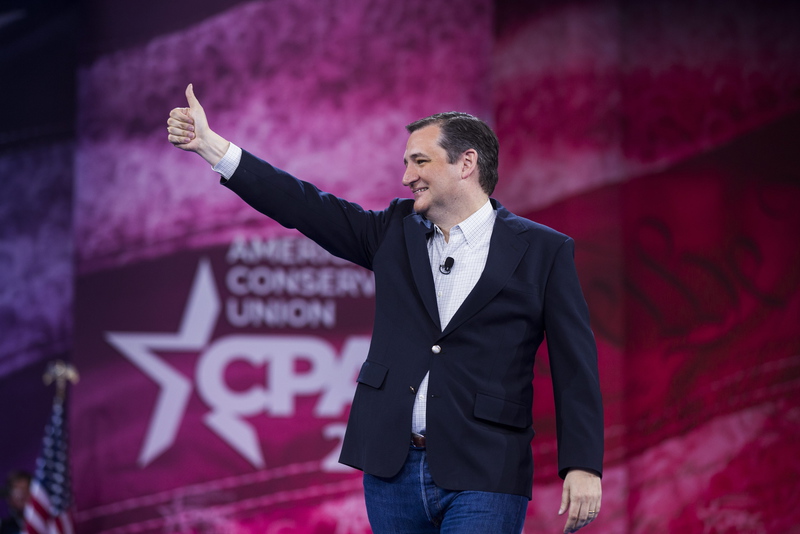 Cruz received 40% of the votes from the 2,659 attendees who voted. Coming in second was Senator Marco Rubio with 30%. The GOP front-runner Donald Trump, who cancelled his planned appearance finished in third with 15% followed by Governor John Kasich with just 8%.

The straw poll conducted during a presidential year only asked the attendees to vote on the current contenders from either parties. Since Paul dropped his bid for presidency last month, his name was not one of the options. However, 9% of the attendees who voted picked Paul as their choice for Vice President. 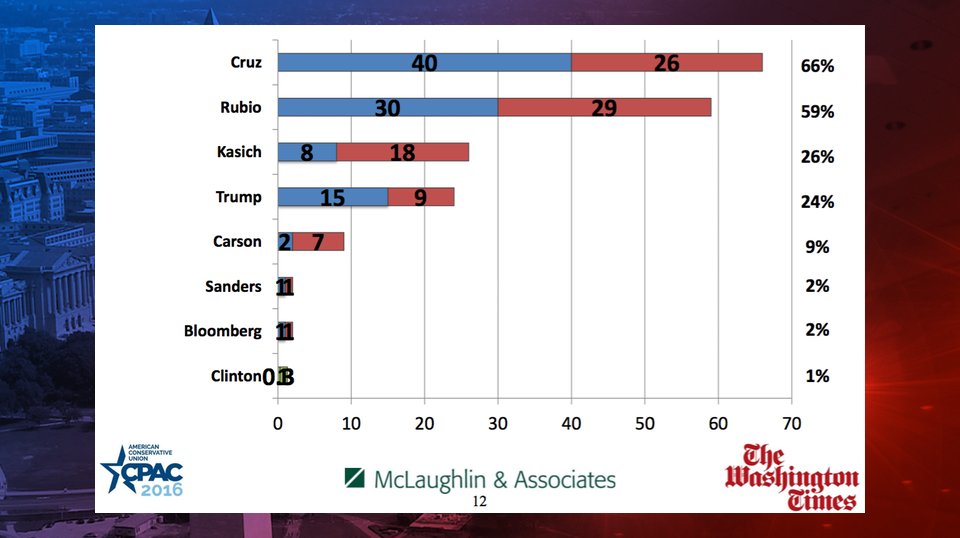 Trump Cancels on CPAC
On the second day of the annual convention, as attendees were waiting in a dreadful line to pass security to enter, news broke out that front-runner Donald Trump cancelled his Saturday appearance slot.

Very disappointed @realDonaldTrump has decided at the last minute to drop out of #CPAC — his choice sends a clear message to conservatives.

Rumors were floating around the venue that if Trump attended his Saturday morning appearance, he would be faced with a planned boycott. The ‘1776 Man,’ William Temple, who attends conservative events as Button Gwinnet and carries a Gasden flag told National Review that he plans to have a massive walkout when Trump enters the stage to speak.

“We are having a massive walkout on Saturday when Trump comes to speak,” Temple said. “We already have over 300 people who are going to get up one at a time to go to the bathroom.”

In a statement released after the news of his cancellation dominated the headlines, Trump campaign stated the front-runner would instead be holding rallies in Kansas prior to the state Caucus and Florida.

“Because of this, he will not be able to speak at CPAC as he has done for many consecutive years,” the statement reads. “Mr. Trump would like to thank Matt Schlapp and all of the executives at CPAC and looks forward to returning next year, hopefully as president of the United States.” 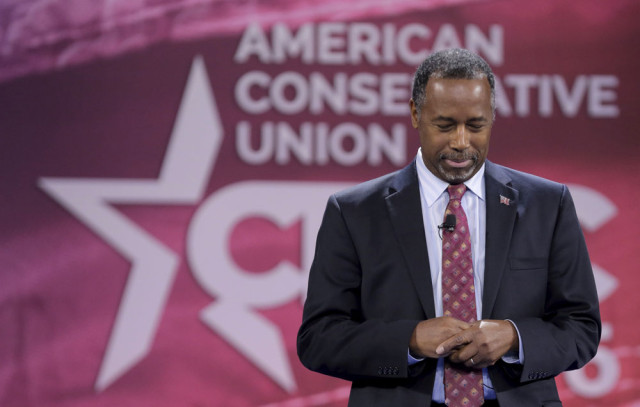 “Even though I might be leaving the campaign trail,” Carson said as the audience gave him a standing ovation. “You know, there is a lot of people who love me, they just won’t vote for me, but it’s OK! I will still continue to be heavily involved in trying to save our nation.”

Earlier in the week, Carson hinted he would be dropping out the race when he decided not to participate in the Thursday night GOP debate held in his hometown. After a disappointing showing on Super Tuesday and failure to win any of the early states, Carson acknowledged that he “didn’t see a political path forward.”

Promising he will still be heavily involved in his cause to save this country for future generation, Carson became the new national chairman of the Christian organization called ‘My Faith Votes,’ a nonpartisan organization with a mission of mobilizing registered Christian voters to the polls.

“I believe Christians in this country can easily determine the next president of the United States should they simply show up at the polls,” Carson stated. “When we do vote, we the people will once again solidify our commitment to the Judeo-Christian values upon which our nation was founded on.”

The only African-American candidate in the crowded GOP field, Carson ten months bid saw him surging in the polls nationally and in Iowa during the late fall. But after the attacks in Paris and in San Bernardino, his inexperience on foreign policy and his advisors telling the press of his struggles to master the information led to Carson’s downfall and was unable to recover.

During his speech, Carson announced a list of criteria he is looking for in a specific candidate before he decides to endorse one of his former rivals. He stopped short of naming who he would pick, but issued a call for civility amongst the last four standing. “They need to understand that we, the Republicans, are not each other enemies,” Carson said in regards to the recent infighting going on amongst his former opponents. “We cannot afford to give the Democrats all this ammunition.”

“We have already supplied them with an enormous amount of materials. Could we just stop?”