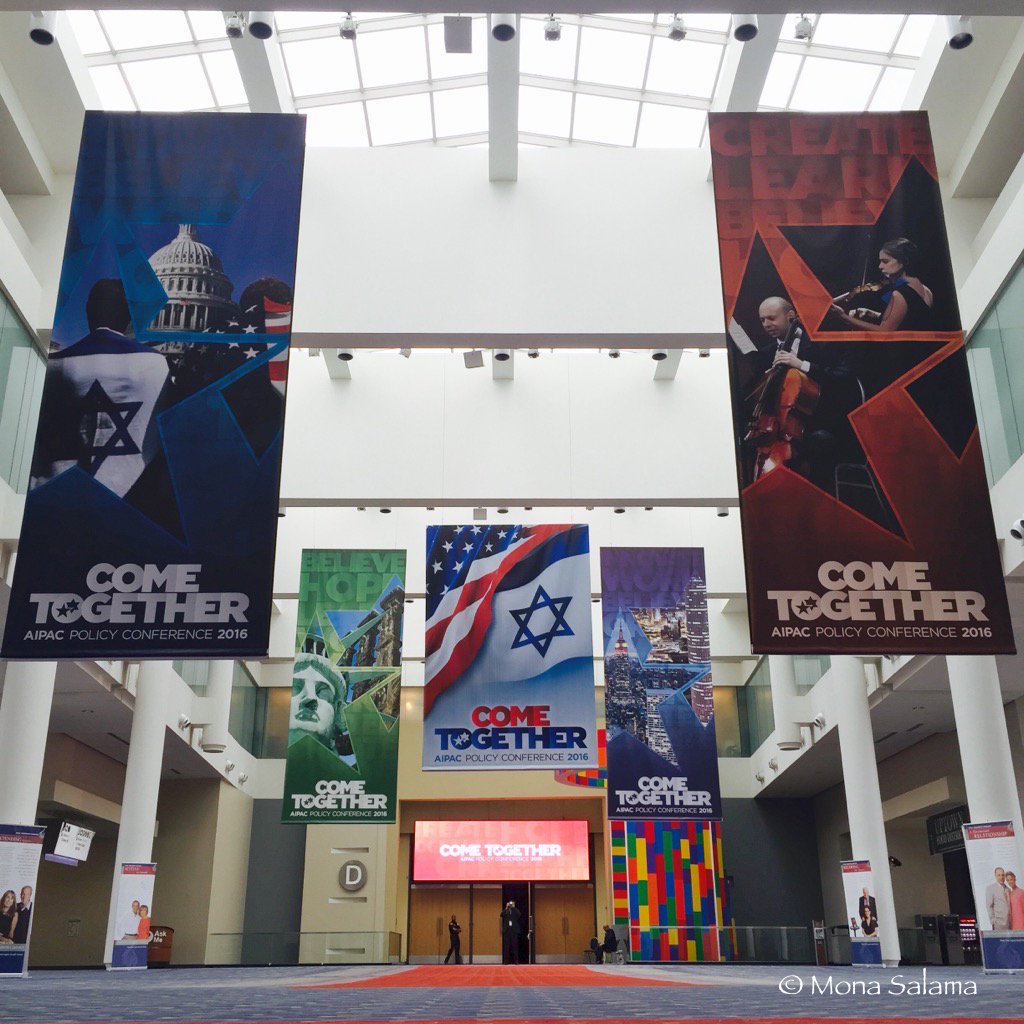 All three presidential GOP hopefuls spoke at the pro-Israel annual conference, coined as AIPAC in Washington D.C. Over 18,000 attendees filled the Verizon Center in downtown Washington for a daylong event filled with speeches from Washington leaders and presidential hopefuls on both sides of the isle.

On the eve of the Western Tuesday primary in Utah and Arizona, the three candidates gave their remarks that sought to outdo one another in demonstrating their foreign policy credentials, in particular Israel and the Iran Deal.

Here are the takeaways of all three candidates remarks: 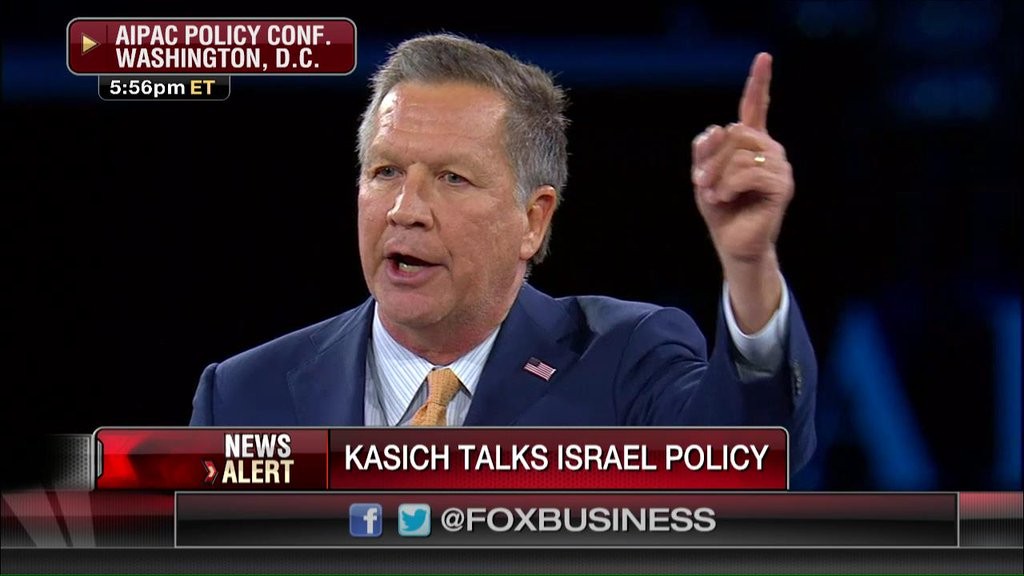 “As the candidate in this race with the deepest and most far reaching foreign policy and national security experience, I don’t need on the job training,” Kasich said. “I have lived these matters for decades.”

.@JohnKasich: “My support for Israel has been firm and unwavering for 35 years” #AIPAC2016

Vowing not to remain neutral in defending Israel, Kasich, without mentioning names, took aim at the GOP front-runner Donald Trump for his recent remarks of remaining neutral when it came to negotiating peace amongst Israel and Palestine. “We cannot be neutral defending our allies,” Kasich stated. “I applaud our continued legacy of support for the Jewish state and I condemn all attempts to isolate, pressure and delegitimize the State of Israel.”

On the Iran nuclear deal, Kasich criticized the deal from the Obama administration and called for its suspension after it was found that Iran violated its terms of the agreement by testing ballistic missiles earlier this month. “These tests were both a violation of the spirit of the nuclear deal and provocations that that can no longer be ignored,” Kasich said. “One of the missiles tested had printed on it in Hebrew, ‘Israel must be exterminated.’ I will instantly gather the world and lead us to reapply sanctions if Iran violates the nuclear deal. We must put the sanctions back on them as the world community, together.”

Kasich vowed as president that he would not continue making deals with those that consider America its enemy. “No more delusional agreements with self-declared enemies,” he said. “No more.”

.@JohnKasich: “In a Kasich administration, there will be no more agreements made with self-declared enemies” #AIPAC2016

The loudest applause came when Kasich stressed the importance of bipartisan support. “We Americans must rededicate ourselves to reaching the bipartisan national security policy consensus that President Reagan and the Democrats achieved,” Kasich said. “We need to work together with Congress on an agenda that serves the nation as a whole.”

.@JohnKasich: “We are Americans before we are Republicans or Democrats” #AIPAC2016 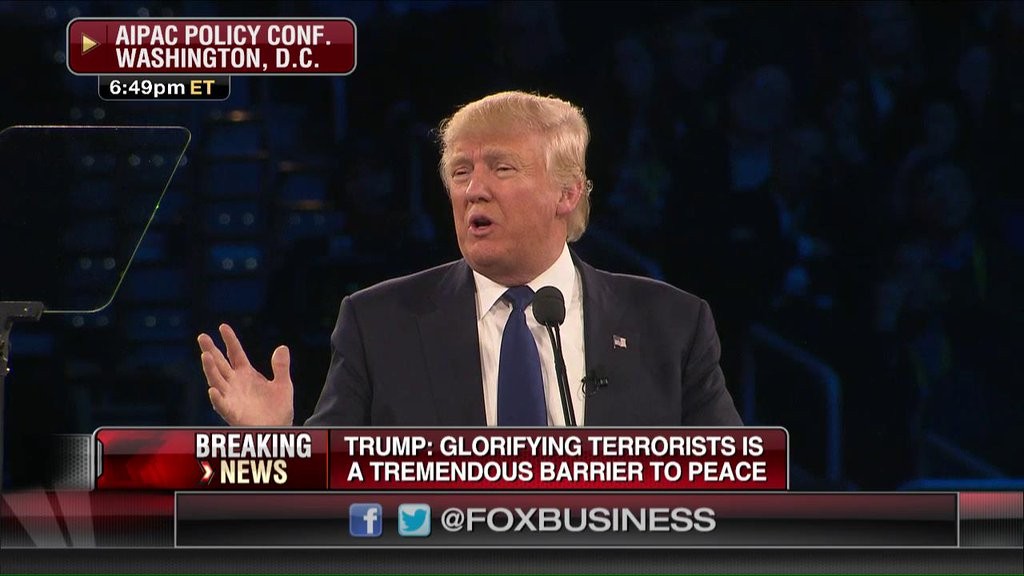 The most anticipated speech that later became praised as a well-received presidential speech given late Monday afternoon came from the front-runner Donald Trump.

“I didn’t come here tonight to pander to you about Israel. That’s what politicians do: all talk, no action,” Trump said, beginning his remarks. “I came here to speak to you about where I stand on the future of American relations with our strategic ally, our unbreakable friendship, and our cultural brother, the only democracy in the Middle East, the State of Israel.”

In a prepared remark that was delivered using a teleprompter, Trump focused his remarks bashing the Iran Deal, giving details on how he would as president deal with Iran. “When I am president, I will adopt a strategy that focuses on three things when it comes to Iran,” Trump said. “First, we will stand up to Iran’s aggressive push to destabilize and dominate the region… Secondly, we will totally dismantle Iran’s global terror network and third we must hold Iran accountable by restructuring the terms of the previous deal.”

.@realDonaldTrump: “I have studied this Iran Nuclear Deal more than anyone else, believe me” #AIPAC2016

Coming under attack from opponents from both parties on how he would handle the ongoing Israeli-Palestinian conflict, Trump changed his tone of rhetoric, calling for the American embassy to be located in Jerusalem and promising to stand on the side of Israel.

“We will move the American embassy to the eternal capital of the Jewish people, Jerusalem,” Trump said. “And we will send a clear signal that there is no daylight between America and our most reliable ally, the state of Israel.”

Previously, Trump stated he would remain neutral when it came to the Israeli-Palestinian conflict, stating he wouldn’t support any kind of deal unless Palestine would stop their attacks on Israel. During his remarks, Trump vowed to block any move by the United Nation, calling their agreement a “complete and total disaster” who is not a friend to either the United States or Israel.

.@realDonaldTrump: “When I become President, the days of treating Israel like a second-class citizen will end on Day 1” #AIPAC2016

Ted Cruz: “Am Yisrael Chai” (The People of Israel live) 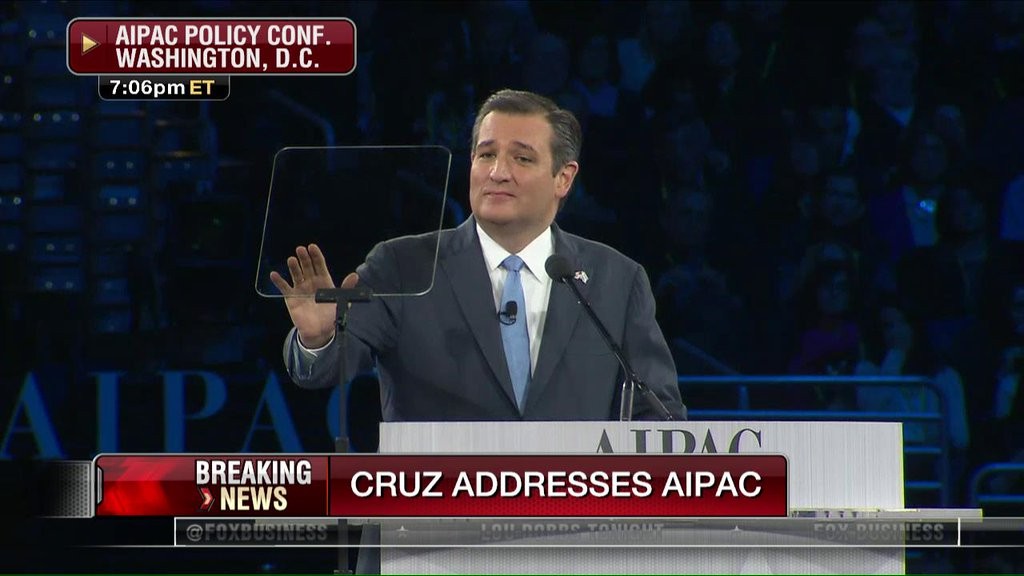 The final speech of the night came from Ted Cruz who opened his remarks reflecting on the upcoming Jewish holiday of Purim before taking swings attacking Donald Trump for his remarks.

“Perhaps to the surprise of the previous speaker, Palestine has not existed since 1948,” Cruz said. “My leading Republican opponent promised he, as president, would be neutral between Israel and the Palestinians. Let me be very clear, As president, I will not be neutral.”

Recalling the recent murder of American citizen and U.S. Army veteran, Taylor Force, who was stabbed in Jaffa, Israel, Cruz noted that the attack is a reminded that both America and Israel are fighting the same battle together against radical Islamic terrorism.

.@tedcruz: “America and Israel are in the fight together against radical Islamic terrorists” #AIPAC2016

Vowing to rip up “the catastrophic Iranian deal,” Cruz blasted the recent missile test conducted in Iran and declared if that were to happen when he is president, he will either shoot the missile down and reimpose sanctions on Iran. “If I am president, on the first day we will reimpose sanctions on Iran,” Cruz said. “Hear my words, Ayatollah Khamenei, If I’m president and Iran launches a missile, we will shoot that missile down.”

.@tedcruz: “Here is my words to Iran, either you will shut down your nuclear program, or we will shut it down for you” #AIPAC2016