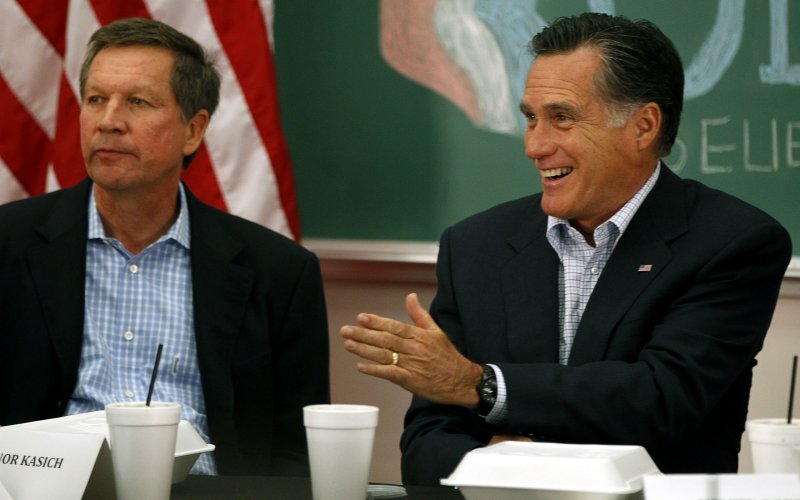 On Sunday night, it was revealed that Romney would campaign on behalf of a Republican candidate for the first time. He is expected to appear alongside Kasich at his two Ohio events in Canton and Columbus on Monday afternoon.

Romney has not yet formally endorsed any candidate in this Republican nomination election cycle, but has come out against the front-runner Donald Trump. Earlier this month, Romney blasted Trump during a speech where he encouraged voters to vote for Trump’s rivals.

“I believe with all my heart and soul that we face another time for choosing, one that will have profound consequences for the Republican Party and more importantly, for the country,” Romney said last week in Utah. “His domestic policies would lead to recession. His foreign policies would make America and the world less safe. He has neither the temperament nor the judgment to be president. And his personal qualities would mean that America would cease to be a shining city on a hill.”

Saturday evening, fellow Ohioan and former Speaker of the House, John Boehner endorsed Kasich at the Republican Party HQ. During his low-key speech, Boehner, in his first public appearance since retiring in October endorsed the fellow governor telling the audience that he already cast an early ballot for Kasich.

When asked about the 2016 race and the anti-establishment uprising, Boehner avoided the topic and didn’t mention the front-runner or the recent headlines of protestors shutting down Trump’s rally in Chicago.

“I’m not really interested in getting in the middle of all this,” Boehner said to reporters.

So Ted Cruz is Dangerous? How Shaking Cruz's Hand Caused a Fervor

Utah Gubernatorial Race Heats Up with Allegations of Fraud