What is happening? Have we entered a comic book where events take place in some alternate reality?

On Tuesday Donald Trump took about 50% of the vote in Mississippi. In a victory speech that night, Trump described his win in my home state as shocking. It is shocking. After all, we haven’t been overly fond of arrogant, know-it-all, rich Yankees since carpetbaggers swarmed over our state in the 1860’s. If you had told me two years ago that this would happen I would have choked to death on my own laughter.

In a state that is ideal for Ted Cruz, Cruz only won 6 out of 82 counties. Some might lay the blame on Cruz’s point man in Mississippi, Chris McDaniel. McDaniel came close to unseating the mainstream incumbent Thad Cochran in the last senatorial contest in spite of his blunders on the stump, the biggest being his statement that he would have refused federal aid for Mississippi after Hurricane Katrina.

Seriously? The largest disaster in U.S. history literally wipes out ¼ of your state and you don’t want electricity, water, food services, roads hospitals, etc., restored quickly? It is a testament to the power of the Tea Party tenets that McDaniel garnered as many votes as he did.

The problem is years of political leadership based on compromise, inaction, stumbling, lack of vision, poor leadership, the inability to listen to the people, and empty promises.

The Tea Party candidates say they want to reclaim and restore the Republican Party but it may be too little too late. Trump is confirmation that the anger and disgust in the electorate has reached a boiling point. The people are saying, politically, that they are ready to blow up the whole process.

In the face of that sentiment, what good can Mitt Romney do in trying to block Trump? He sure couldn’t persuade the majority of the American people four years ago. And the #StopTrump effort? Please. Stop whining.

Who is to blame for Trump? The Republican Party.

A message is being sent. Many will refuse to listen but they do so at their own peril. The message? 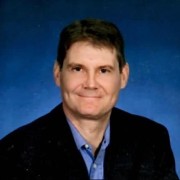 CPAC 2016 Through the Eyes of a First-Timer