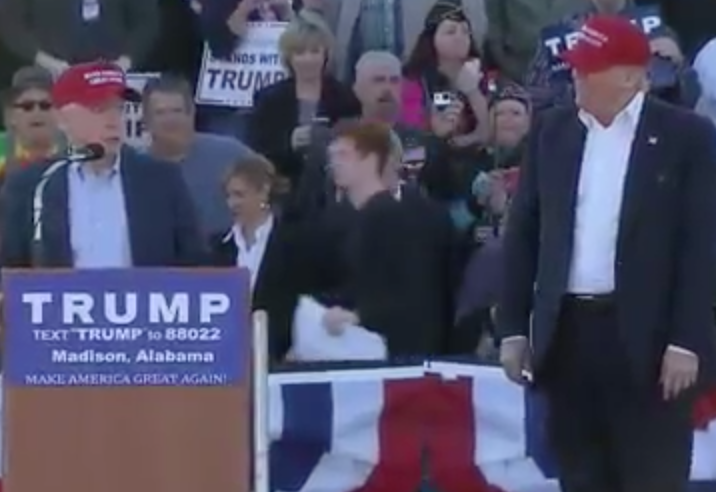 When Alabama Senator Jeff Sessions announced his endorsement of Donald Trump on Sunday, many Alabamians were stunned. It was just two days before Super Tuesday, and social media was abuzz with posts and comments about Sessions’ betrayal of the conservative values he has long supported. While some quickly embraced the endorsement, many more were surprised.

Everywhere, people were asking, “Why?” Was this a uniting of minds over principle, or was there something else at play? Had the “deal maker” struck a deal with Senator Sessions, promising him a position in exchange for his endorsement?

On Thursday, just two days after Trump’s overwhelming victory in Alabama on Super Tuesday, Donald Trump made the announcement that he has just tapped Senator Sessions to serve as the Chairman of his National Security Advisory Committee. The announcement was posted on Facebook, and Trump tweeted it out on Twitter.

Senator Sessions will serve as the
Chairman of my National Security
Advisory Committee. https://t.co/jQed1P6SD9 pic.twitter.com/n83Cbs4jtA

Donald Trump praised Sessions, saying, “It is an honor to have Jeff as a member of the team. I have such great respect for him and I look forward to working with him on the issues most important to Americans.”

This may be a smart move on Trump’s part, considering the blistering he received in Thursday’s FOX debate over his lack of foreign policy strategy. But, many Alabamians are not yet over the sting of what they see as a betrayal by Jeff Sessions earlier in the week.

While Session’s endorsement may have contributed to Trump’s surging numbers in Alabama, it is more likely that, just as in South Carolina, cross-over voting played a larger role.

Despite grassroots Republicans pleading for years that the GOP close the primaries to all non-Republicans, party leadership in the state has resisted the move. For many years, Democrats have played a calculated and intentional role in deciding Republican candidates for office, from local school board members, to gubernatorial and presidential candidates. There seems to be no stomach by GOP leadership to change this practice anytime soon.

How much of a role Sessions’ last minute endorsement played in the Alabama primary result is uncertain, but his appointment to a key policy position less than a week later is certainly interesting timing.