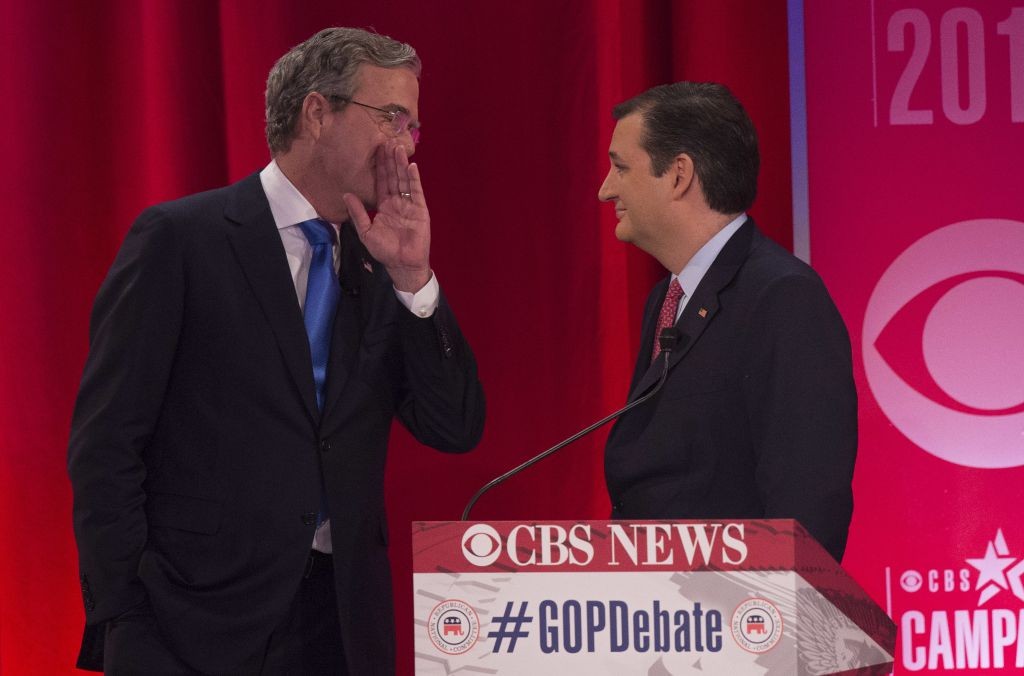 “Ted is a consistent, principled conservative who has demonstrated the ability to appeal to voters and win primary contest, including yesterday’s Utah caucus,” Bush wrote in a Facebook post. “As I said from the moment I launched my presidential campaign, the stakes in 2016 couldn’t be higher.”

The endorsement from Bush comes a month after the former Florida Governor dropped out after the GOP presidential race following poor performances in Iowa, New Hampshire and South Carolina. The surprise endorsement will surely bother the Senator Marco Rubio, who could have benefited greatly from his one-time close political ally turned GOP rival last week during the Florida winner-take-all-primary. Before the Florida primary, Bush met with Rubio, Cruz and Ohio Governor John Kasich separately to decide who to support as well as who is the most viable to stop Trump from gaining the nomination. However, sources from Florida Republicans said Bush wouldn’t endorse anyone prior to the Sunshine State primary and Bush wouldn’t endorse his former friend due to the “bad blood” between them.

Now after Rubio has dropped out after failing to win his home state just a week ago, Cruz has gotten a rush of prominent establishment figures to throw their support behind him as a strategy to stop Trump. Former 2012 presidential candidate, Mitt Romney announced he would be voting for Cruz in the Utah caucus, a state that Cruz won with 69% of the votes on Tuesday. Senator Lindsay Graham, Cruz former GOP rival and one time enemy held a fundraiser in connection with AIPAC in Washington on Monday. Scoring an endorsement from a fellow Bush can now provide a massive boost for Cruz in terms of support and fundraising. Cruz, who is considered the most hated man in Washington, can now prove what he has been saying throughout the campaign trail: “Republicans all across this great nation are joining behind his campaign.”

“We must overcome the divisiveness and vulgarity Donald Trump has brought into the political arena or we will certainly lose our chance to defeat the Democratic nominee,” Bush wrote. “Republicans can win back the White House and put our nation on a path to security and prosperity if we support a nominee who can unite our party and articulate how conservative policies will help people rise up and reach their full potential.”

Trump responded to Bush’s disapproval and endorsement on Twitter.

I think having Jeb’s endorsement hurts Lyin’ Ted. Jeb spent more than $150,000,000 and got nothing. I spent a fraction of that and am first!

In his statement, Cruz said he is “honored to earn Bush’s support.”

“I’m truly honored to earn Governor Jeb Bush’s support,” said Cruz. “Governor Bush was an extraordinary governor of Florida, and his record of job creation and education innovation left a lasting legacy for millions of Floridians. His endorsement today is further evidence that Republicans are continuing to unite behind our campaign to nominate a proven conservative to defeat Hillary Clinton in November, take back the White House, and ensure a freer and more prosperous America for future generations.”