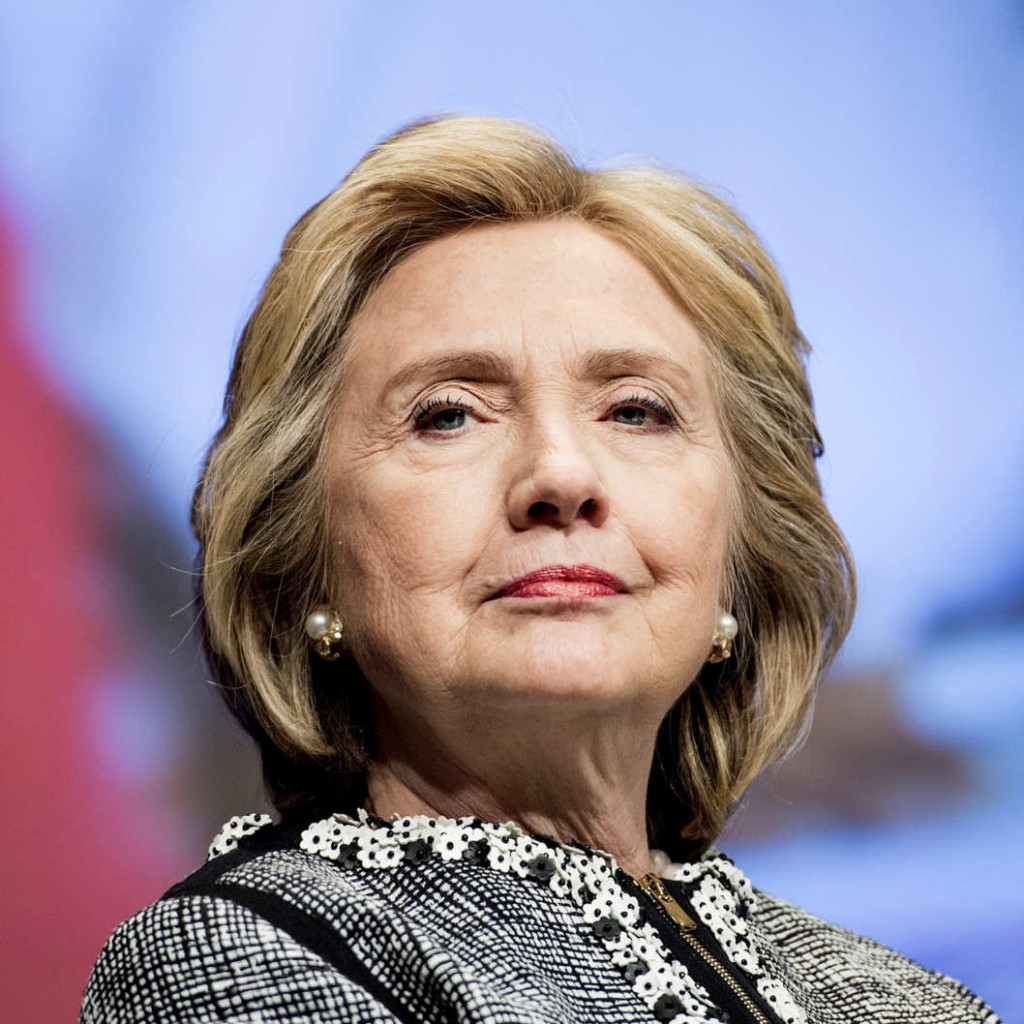 Very slim pickings in this election season if you are looking for substance or reason. The debates have been the greatest example. Whether they are for the Republican or Democratic candidates the questions have been, for the most part, somewhat inane or you have the moderators doing their best to instigate a fight among the candidates.

Reactions not reason is the path that is being walked by politics in America in 2016.

But imagine my surprise when I actually heard a substantive question asked of Democratic nominee frontrunner, Hillary Clinton, during the March 9, 2016 Washington Post/Univision Democratic debate. Almost an hour into the debate Jorge Ramos, the co-moderator from Univision, asked Mrs. Clinton the following question about Benghazi.

“OK, next question. I want to continue with the issue of trust. Secretary Clinton, on the night of the attacks in Benghazi, you sent an e-mail to your daughter Chelsea…”

Immediately the Clinton supporters started making a booing sound. Like a herd of cattle approaching the killing floor in a slaughter house.

Ramos continued, … saying, “Al-Qaeda was responsible for the killing of the Americans.”

Despite the rudeness of the herd, Ramos went on: “However, some of the families claim that you lied to them. To that speed, here is Pat Smith, the mother of the information officer, Sean Smith. Let’s listen.”

Ramos than played a video clip of Pat Smith where she stated, “Hillary and Obama and Panetta and Biden and all of — and Susan Rice, all told me it was a video, when they knew it was not the video. And they said that they would call me and let me know what the outcome was.”

Ramos asked a simple, substantive question: “Secretary Clinton, did you lie to them?”

Secretary Clinton responded, “You know, look. I feel a great deal of sympathy for the families of the four brave Americans that we lost at Benghazi. And I certainly can’t even imagine the grief she has for losing her son, but she’s wrong. She’s absolutely wrong.”

Clinton continued, “I and everybody in the administration, all the people she named, the president the vice president, Susan Rice we were scrambling to get information that was changing literally by the hour. And when we had information, we made it public. But then sometimes we had to go back and say we have new information that contradicts it.

The herd moved their hooves and cheered for Mrs. Clinton. Cheered for her ability to lie and obfuscate under oath for 11 hours. Two hours less than the men of 13 hours.

“Anybody who watched that and listened to it knows that I answered every question that I was asked and when it was over the Republicans had to admit they didn’t learn anything. Why? Because there had already been one independent investigation. There had been seven or eight congressional investigations, mostly led by Republicans who all reached the same conclusions, that there were lessons to be learned.

And this is not the first time we lost Americans in a terrorist attack. We lost 3,000 people on 9/11. We lost Americans serving in embassies in Tanzania and Kenya when my husband was president. We lost 250 Americans, both military and civilian, when Ronald Reagan was President.

And at no other times were those tragedies politicized.”

And the Clinton herd continued to cheer and applaud.

“Instead people said, let’s learn the lessons and save lives. And that’s when I did,” Clinton said.

Jorge Ramos countered Mrs. Clinton’s statement: “But Secretary Clinton, what they’re saying is that — what the families are saying is that you told your daughter Chelsea one thing and a different thing to them.”

Clinton than said, “Jorge, that makes my point. At the time I e-mailed with my daughter, a terrorist group had taken credit for the attacks on our facility in Benghazi. Within 16, 18 hours, they rescinded taking credit. They did it all on social media. And the video did play a role.”

“We have captured one of the lead terrorists,” Clinton said, “and he admits it was both a terrorist attack and it was influenced by a video. This was the fog of war. this was complicated. The most effective, comprehensive reports demonstrate that. Look, as I said in the beginning, I deeply regret that we lost four Americans.”

Ramos, proving his point and asking the most substantial question of just about any of the debates so far, let Mrs, Clinton slink back into the shadows.

When discussing Benghazi on the campaign trail, Mrs Clinton starts off with a smug, almost chilling smile. Sometimes she actually laughs like some demented seagull. Not the behavior of anyone with true regrets. She acts like a combination of Lady Macbeth, cackling madly “Out damn spot, out I say,” or the Queen of Stepford Wives with an extended family of stepford children. A unruly brood of children that cannot name you any real accomplishments of Hillary Clinton.

Clinton is addressing the issue of Pat Smith absolutely wrong. Were Charles Woods, the Doherty family, my in-laws, all absolutely wrong about being told about the video excuse at the funeral? I think not. The fog of war? The fog of Clinton and why she cannot be considered for the presidency. After all, she can’t seem to be able to handle complicated issues.

Secretary Clinton and President Obama blamed the anti-Islamic video for over two weeks after the attacks. Disgusting when, by this point, they absolutely knew it was a well coordinated terrorist attack. In addition, there is no substantiated proof that captured Benghazi terrorist, Ahmed Abu Khattala, has ever blamed the notorious anti-Islamic video for being an impetus for the Benghazi attack.

When it comes to the politicization of Benghazi, no one bears the guilt more blatantly than the Democrat Party. From the beginning the Benghazi attack has been made a political football between the two sides of the aisle. But only has the Democrat Party demonstrated a blatant level of cruelty with the families of the victims enduring such thoughtless comments from the members of the party such as a Benghazi being a “phony scandal or a re-animated corpse,” among other insults. The only real phonies in this story are Hillary Clinton and the equally guilty members of the Obama Administration including the President himself.

On the Republican side, now that Senator Rubio has lost Florida, maybe we won’t have to hear his repetitive statements about Hillary Clinton lying to the Benghazi victims family members over their coffins. We never needed you to remind us, Senator, and I always wondered what you would have really done to address the Benghazi issue.

I truly wonder whether either party will ever address the recommendations by the various Accountably Review Reports after the various terrorist attacks over the years. I would hope the House Select Committee on Benghazi would address this failing. No results so far. I do have some grave doubts about the efforts of Chairman Gowdy and the other members of the Benghazi Select Committee. I hope that they prove me wrong.

Benghazi is definitely the issue that is the uneasy elephant in the room for the Clinton campaign. Despite the cavalier attitude and behavior of Mrs. Clinton, Benghazi is the ghost that will not go away. Towards the end of February former President disgraced the office of the presidency (Not the first time) when he threw a Marine Sgt. out of a pro-Hillary rally in South Carolina. for making some serious statements about Mrs. Clinton’s lies about Benghazi.

I suggest that the 2016 Republican nominee be very informed about Benghazi. Please do more than Mitt Romney did. Pose some serious questions to Mrs. Clinton. Feel free to look at my open letter to Trey Gowdy, printed HERE in this publication on November 6, 2016, if you are looking for some substantive questions and some pointers for a path of questioning.

On March 14th, with MSNBC’s Chris Matthews, Mrs. Clinton stated that “we didn’t lose a single person in Libya.” She said no one was killed during the disposing and murder of Gaddafi. Perhaps. However, there should be a consideration, Mrs. Clinton, in regards to death after the fact. Four Americans, including the first U.S. Ambassador killed in decades, one of our Special Operators,and countless North African and Middle Eastern Christians, among others, have been killed, Mrs. Clinton. They were killed by your illegal and unnecessary regime change in Libya along with the resulting chaos and destabilization of that region and it’s surrounding countries.

The Arab Spring promoted by Clinton’s State Department and the Obama Administration has become the Al-Qaeda winter. A brutal cold winter that reveals the face of terror and creates fear in the heart of most thinking Americans. This was the atmosphere that lead to fruition of ISIS. Now this Lady Macbeth stand-in, Stepford wife gone amuck is going to keep America safe from ISIS?

Mrs. Clinton is not capable and not competent. She is a skilled politician with both serial liar and sociopathic tendencies. Skilled, cold, conniving, and superficial. Her supporters are gullible people that have been manipulated by her slick talk and see her as very wise. They are embracing both illusions and delusions. The sociopath is guiltless in their own empty soul. Always on the prowl. Pray for your own protection against their manipulation and never place them in higher office.

Mrs. Clinton may very well face a possible criminal indictment for use of a private e-mail server that she used for State Department business. If indicted, this may be the end for her bid for the presidency. Clinton aide, Bryan Pagliano, has been given immunity for his testimony by the Justice Department things are changing rapidly for Mrs. Clinton. When I think of Mrs. Clinton’s future, I think of what Jim Morrison said, “The future’s uncertain and the end is always near.”

Considering Mrs. Clinton’s dereliction of duty and aiding and abetting the enemy in Libya, perhaps this will seem like a point of justice for myself and the other Benghazi victim family members. In closing, if Mrs. Clinton is indeed indicted it is the firm responsibility of Attorney General Loretta Lynch to do her job and enforce the law or face possible impeachment. With the games that have been played with Benghazi, almost four years seem forty. It’s time for accountability.