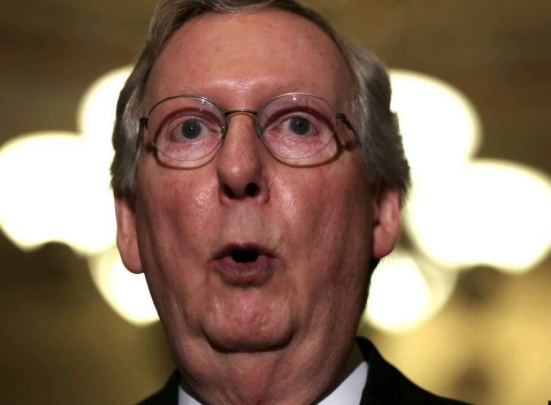 In a very strange “blackmail-ish” move, establishment Republicans in the Senate are demanding Sen. Ted Cruz apologize to Sen. Mitch McConnell for calling out his lies before they will consider backing Cruz for president.

Cruz is supposed to apologize to McConnell for calling McConnell a liar, when he is demonstrably a shameless and compulsive liar, because he was wrong. And, at least the subtext reads to me, that apology is the price of senators supporting Cruz and not supporting the nomination of Donald Trump.

This is not only ridiculous but it underscores the tragic pettiness of the GOP Senate leadership. They really don’t care about f*** all besides their perquisites and prerogatives. Were the cost of throwing these douchenozzles out of power not so incredibly high, I would cheer on a Democrat Senate next year.

It has also put Ted Cruz in a difficult position. He’d probably be happier if his Senate colleagues were cheerfully helping his campaign. And had the invitation been delivered privately, he would have had every incentive to go along with the trust-building exercise. But by putting him on public notice that the price of their cooperation is crawling back to Washington and giving McConnell’s wrinkled posterior a tongue-bath at a press conference, they have virtually guaranteed that there will be no such overture. It would be utter political suicide for Cruz to do that and it has put a private meeting out of bounds as well because now it has been framed as an official apology.

How far Cruz is willing to go to win back his colleagues remains to be seen.

“It’s not like we have some phone tree of U.S. senators to endorse,” Roe said. “We never built our campaign that way.”

“Ted Cruz said that he won’t humble himself before Senate Majority Leader Mitch McConnell to smooth over the rough relationship he has developed with colleagues.

‘[Cruz] tells me he won’t go ‘on bended knee, with my hat in hand’ to Mitch McConnell to unify GOP against [Trump],’ FOX News’s James Rosen tweeted Wednesday morning.”