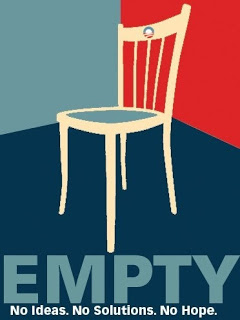 On a hot day in June, the grandson of a bank president took to the floor of the Senate to denounce the daughter of sharecroppers. “I feel compelled to rise on this issue to express, in the strongest terms, my opposition to the nomination of Janice Rogers Brown to the DC Circuit,” Senator Obama said.

Born in segregated Alabama, Janice Rogers Brown had been a leftist like Obama before becoming conservative. When Obama rose to denounce the respected African-American jurist for her political views it had been almost a full two years since President Bush had nominated her in the summer of ’03.

Obama had arrived a few months earlier on his way to the White House and was eager to impress his left-wing backers with his political radicalism. He held forth complaining that Judge Janice Rogers Brown, who had gone to segregated schools and become the first African-American woman on the California Supreme Court, was guilty of “an unyielding belief in an unfettered free market.”

And he filibustered Judge Brown, along with other nominee, trying to deny them a vote.

“She has equated altruism with communism. She equates even the most modest efforts to level life’s playing field with somehow inhibiting our liberty,” he fumed.

Brown, who due to her family background knew far more of slavery than Obama, had indeed warned about the dangers of a powerful government. “In the heyday of liberal democracy, all roads lead to slavery. And we no longer find slavery abhorrent. We embrace it. We demand more. Big government is not just the opiate of the masses. It is the opiate — the drug of choice — for multinational corporations and single moms, for regulated industries and rugged Midwestern farmers and militant senior citizens.”

Obama viewed her opposition to “our very own ‘Socialist revolution’” as disqualifying. Ideology was the only judicial test that ever mattered to him. Not scholarship. Not qualification. Not ability. He plots to force another radical nominee in place of the deceased Justice Scalia whom he had said would not have been nominated despite his “intellectual brilliance” because “he and I just disagree.”

When filibustering Justice Alito, Obama rejected the idea that the Senate should approve a judge just because he might be “intellectually capable and an all-around nice guy.” The key test was “ideology.” Justice Alito was an “an intelligent man and an accomplished jurist” who had the “the training and qualifications necessary to serve,” but he was from the wrong side of the political tracks.

And Obama put party over country and radical ideology over party.

He “profoundly” disagreed with Justice Clarence Thomas. He conceded that Justice Roberts “is qualified to sit on the highest court in the land” and that “he is humble, he is personally decent, and he appears to be respectful of different points of view,” but he voted against him because he has the wrong “political philosophy.”

Democrats and their media allies demand a prompt and immediate “up and down vote” on his nominee.

But when Obama voted against Judge Priscilla Owen, despite her highest rating, Democrats had blocked her nomination for four years. That’s an entire presidential term. Owen was nominated by Bush in his first year in office. Despite being a moderate, Owen only got a full Senate vote during Bush’s second term. Obama had fought to filibuster her even though Owen was generally considered a moderate.

Obama filibustered Judge William Pryor, who had replaced Judge William Steele, who had never even gotten a hearing as part of a process that also took four years from first nomination to confirmation.

Bush had nominated Judge Pickering in ’01 and he was blocked in committee, falsely smeared as a racist and then filibustered by Senate Democrats to deny him the “up and down vote” that they are now busy clamoring for. After three years, Pickering gave up and was replaced by Wallace, who was also blocked by Senate Democrats for a year and denied a vote. Six years later, Bush was still trying with Judge Southwick who had served in Iraq. He was also denied an “up and down” vote until the end of 2007.

Senator Obama fought Judge Southwick’s nomination insisting on the need for a “consensus candidate” and claimed that his nomination would “threaten the very basis of our freedom and democracy.”

And only Obama was supposed to be allowed to do that.

By the time Senate Democrats finally approved a Bush nominee, a presidential term and a half had passed. Those numbers should put any of the current rhetoric about a “prompt process” and the right to an “up and down vote” to rest. If failing to move forward with a judicial nomination is a violation of the Constitution, then Obama and his political party were in violation of it under President Bush.

If it isn’t, then they are shameless liars who will say anything to get their way.

At their worst, Senate Democrats actually kept a judicial seat open for their choice, Judge Andre Davis, for Bush’s entire two terms in office, by blocking all Republican nominees on one pretext on another until Obama took office. The seat stayed open not for a year or two or even six, but for nine years.

Senate Democrats have not only denied an “up and down vote” on Republican nominees for entire presidential terms, they have smeared them and destroyed their lives and even taken lives.

Judge Miguel Estrada’s nomination was blocked for years because, according to a memo from Senator Durbin’s office, he was “Latino,” in an ugly campaign that helped lead to the suicide of his wife. These are the rules by which the Democratic Party had played when the shoe was on the other foot.

And let’s not forget it.

Obama’s approach on both sides of the table was purely partisan. He now speaks about the importance of avoiding partisanship in judicial nominations, but his history of rhetoric and deeds tells another story.

Both of these behaviors are symptoms of his political extremism and inability to compromise. But even more troubling, his argument that Republican presidents and senators may not act the way that he did represents yet another fundamental breakdown of political equality under the rule of law.

Obama not only seeks to break the laws of the land, to make his own laws and then to demand that everyone abide by them, but he also wants a double standard in which these unique powers that he has claimed will be exclusive to his political movement. That goes beyond putting party ahead of country. It is the wholesale replacement of country with party and party with totalitarian ideology.

Daniel Greenfield: Immigration or an iPhone