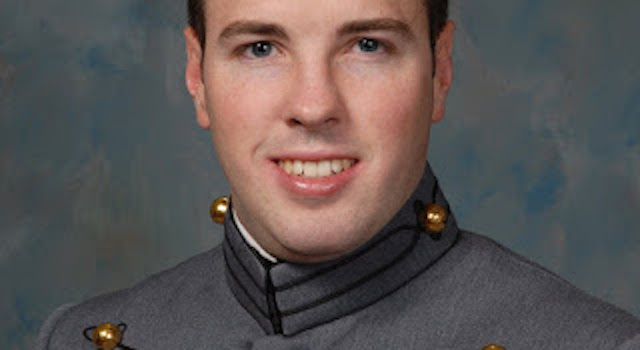 Taylor Force had been deployed to Iraq and Afghanistan, he had served at Fort Hood in the year of the infamous Islamic terrorist attack on the base, but a Jihadist finally caught up to the veteran, whose father and grandfather had also served their country, in civilian life during a visit to Israel.

Bashar Masalha, the Islamic terrorist who murdered Force, was shot dead by Israeli police around the time that Biden was hanging out a mile away at the Peres Center for Peace. But Biden and his boss signed the checks to Iran and the Palestinian Authority that motivated and rewarded Force’s killer.

The Palestinian Authority pays terrorists based on the amount of harm they caused and the resulting jail sentence. Had Masalha survived his attack on Taylor Force and the other victims, he would have likely been paid $2,000 a month for his act of terror. That’s pretty good money in a place where $2,000 is more like an annual income. It’s so good that that there’s no shortage of terrorists eager to kill for cash.

And the Palestinian Authority has no shortage of money to pay Muslim terrorists to kill Americans and Israelis because the terror organization which claims to be a state is subsidized by the United States with billions of dollars. In 2014, the PA spent $144 million on payments to convicted terrorists. Its terror budget benefited from Obama boosting 2014 foreign aid to the PA to $440 million. For “peace”.

Masalha is dead and will not receive the blood money he was hoping for from the Palestinian Authority, but he died knowing that his family will still be paid for his crime. In just one year, the PA paid out $78 million to the families of terrorists. Masalha’s family will receive money each month for the murder of Taylor Force. That money will come from American taxpayers. It will come from you.

After a vague condemnation, Biden headed to a meeting with the head of the Palestinian Authority, PLO and Fatah, Mahmoud Abbas, whose organization encouraged and financed the murder of Taylor Force. While the body of Abbas’ latest American victim was flown back to his family, Biden grinned at the Osama of the West Bank, shook the bloody hand of the head of a terrorist organization that is among the world’s top terrorist killers of Americans and promised him more cash that will be used to help kill more Americans.

After the murder of Taylor Force, Biden could have skipped the meeting. When an Israeli planning committee approved a housing plan the last time he was in the country, Biden kept Netanyahu waiting for 90 minutes to express his displease. He didn’t keep the PLO terror boss waiting for even a second.

Why do Jewish houses in Jerusalem offend Biden more than the murder of an American veteran?

But sadly the taxpayer financing of Islamic terrorism in Israel doesn’t end with the Palestinian Authority.

Obama signed off on Iran’s nuclear program. As part of that deal, Iran got $100 billion in sanctions relief. And he generously threw in a check from the American people to the Shiite terror state for $1.7 billion.

After 9/11, Biden told staffers, “Seems to me this would be a good time to send, no strings attached, a check for $200 million to Iran.” Obama added plenty of interest to that check and Iran quickly began putting that money to good use in its weapons programs and its terror financing.

As part of its celebration, Iran announced that it would pay $7,000 to the families of terrorists in Israel. On top of the American taxpayer money that the family of Taylor Force’s killer will receive from the Palestinian Authority, they will also receive blood money from Iran.

Funding terrorism is popular in the Muslim world. The Saudis were funneling $5,300 to the families of dead terrorists in Israel. And they are not alone. These days some of that money has been diverted to Islamic holy wars in Syria, Iraq, Libya, Yemen and any number of other places where Allahu Akbar is shouted as heads roll and bombs go off, but the checks are still being cut to Muslim terrorists in Israel.

And too much of the money being used to murder Americans is coming out of the pockets of Americans.

Taylor Force is not alone. He is the second American to be murdered by Muslim terrorists in Israel this year. Americans murdered by Islamic terrorists in Israel last year included Richard Lakin, a 76-year-old former elementary school principal from Connecticut, Rabbi Eitan Henkin, a father of four who was driving his family home, and Ezra Schwartz, a Massachusetts teenager on a mission of mercy.

Many other Americans have been stabbed, shot at, wounded, stoned and terrorized. And the money funding their attackers came out of their own pockets.

Members of Congress from both parties have tried to cut off aid to the terrorists of the Palestinian Authority. But Obama, like the presidents before him, has refused to listen or to follow the law and continues to fund terrorist attacks in Israel in much the same way that Saddam Hussein used to.

Unfortunately he is not alone. The United States has funded Fatah and PLO terrorism under three presidents. This is an ongoing crime that must stop. It kills Israelis and it kills Americans.

The Al-Aqsa Martyrs Brigade appears on the State Department’s own list of Foreign Terrorist Organizations. The Brigade is an arm of Fatah, whose terrorist boss, Mahmoud Abbas, was one of the first foreign leaders Obama phoned on his first day in office.

Abbas was a frequent guest at the White House. Despite skipping Israel’s parliament, Obama paid a visit to the terrorist leader’s Muqata fortress, ignoring Abbas’ own statement, “As far as I am concerned, there is no difference between our policies and those of Hamas. So why are they labeled as terrorists?”

That’s a very good question. Maybe Abbas can ask it of Biden as the Vice President of the United States pays a call on the PLO and Fatah terror boss in the old British prison that serves as his fortress despite the murder of Taylor Force and other Americans funded by Abbas’ terrorist organization.

Obama has poured billions into the Palestinian Authority. These vast sums of money have not led to peace. They have not convinced Abbas to negotiate in good faith with Israel. Instead those billions have helped finance Islamic terrorism. It’s time for the United States to stop funding terrorists.

It’s clear that this administration will not do the right thing. But if its successor does not stop paying terrorists to kill, then Taylor Force will not be the last American victim of taxpayer subsidized terrorism. And their blood will be on his or her hands.

Senior GOP Official: "We Choose the Nominee, Not the Voters"