The campus wars aren’t really about race. Race and the rest of the identity politics roster are the engine for transforming an academic environment into an activist environment.

Think of it as the Post-Educational University. Or Activism U. 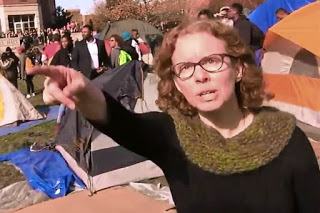 The average campus already skews left, but maintains the pretense of serving an educational purpose. The demands put forward on campuses begin with racial privileges, but do not end there. These demands call for politicizing every department, the mandatory political indoctrination of all students and faculty, and the submission of non-political academic departments to activist political ones.

The campus wars are a declaration that activist non-academic departments that offer identity politics analysis while contributing nothing and which often owe their existence to campus clashes from a previous generation, should dominate all areas of life and thought at every university.

Imagine if physics majors rioted and demanded that every single area of study on campus had to incorporate theoretical physics and hire physics majors. That is exactly what is happening with identity politics studies. It’s a naked power grab that has the potential to redefine academia.

Behind the minority students that are the public face of the campaign, are embedded faculty radicals like Melissa Click whose abuses recently led to her firing from the University of Missouri. Click’s body of work, gender, race and sexuality analyses of popular culture, is fairly typical of the activist faculty behind the power grab. Media studies is often confused with journalism, but the two have little in common. Media studies has become a guide to politicizing culture by viewing it through the intersectional lens.

Click’s husband, Richard Callahan, who also took part in the harassment, is a religion professor on paper, but in practice offers class analysis of religious practices. These resumes are fairly typical of the faculty activists behind the crybully insurgency. They may belong to anthropology, sociology, religious studies or a dozen other departments, but all they ever do is overlay their political filter over a given field. And once it is in place, activism is the inevitable step for correcting the “injustices”.

They’re not academics; they’re activists with a mandate to impose their filter on everyone.

Student activists demand exemptions from their studies for activism and academic bankruptcy that will allow them to erase entire semesters from their records. Academics take a backseat to activism. The purpose of the institution ceases to be education. Instead the university exists to manufacture more activists to make more demands, first of the university, and then of everyone else.

The university is just a training ground for activists. A political playhouse for them to shake down before moving on to shaking down the rest of the country. That’s what this is about.

On campus, the conflict escalates as activist departments use their new resources to expand the scope of their pressure tactics. In the timeless struggle for academic resources between faculty and departments, student activism is a nuclear weapon. And the endgame of this struggle is the triumph of activism over academics and ignorance over knowledge. 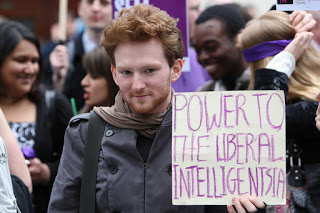 The crybully targets in this latest round of campus wars have been university presidents and student leaders. Baseless claims of an unsafe environment are used to leverage leadership changes that either bring activist allies to power or new leaders that are terrified enough to give in to activist demands.

Even the rise of BDS has been embraced by non-Muslim social justice activists as a means of forcing out Jewish and even non-Jewish student leaders. Allegations of Zionism were used by Students for Justice in Palestine co-founder Hatem Bazian to block Jewish student leaders back in his student days. That tactic has been revived on California campuses as one more political offense to be exploited by activists.

The multiplication of petty political offenses is an Orwellian tactic for enforcing the activist agenda.

None of this is really about the imaginary hate crimes or offensive Halloween costumes. The activists invent pretexts for activism. And they will always find something that makes them feel “unsafe” and traumatized even if they have to invent it. The high pitch of their hysteria usually makes up for whatever logical and factual deficiencies there are to be found in their latest claims of victimhood.

The crybully demands are not the final campus endgame, but they offer us a disturbing preview of it.

Their ideal campus is a political organization, not an educational one, whose primary mission is indoctrinating students to view all matters through a race, class, gender, sexuality lens for the purpose of political activism. It’s not just the Western canon being eradicated, but learning as we understand it.

The activist complex doesn’t believe in education, but in a constant process of reeducation in which an evolving left adopts new positions, purges dissenters and reeducates the public to the new position. It does not believe in facts, historic, moral or scientific, but perspectives that are only as valid as the intersectional oppression status of the individual. It does not draw the line at cultural perspectives in media studies, but insists on a feminist mathematics and rejects what it calls Eurocentric physics. Giving its activists control of universities would unleash Lysenkoism on a grand scale as every area of science would be broken down into perspectives of gender, sexuality and race.

The left claims to love science, but with their victory science as we know it would cease to exist. 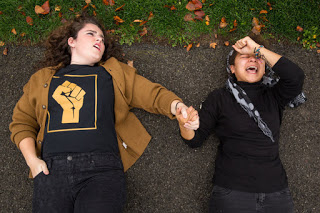 This is not hypothetical alarmism. For example, the California Polytechnic State University demands call for forcing engineering students to take “anti-racist science and technology” studies. Princeton’s Black Justice League warned that, “Learning about marginalized groups, their cultures, and structures of privilege is just as important as any science or quantitative reasoning course.”

At the University of Virginia, the demand was that “every course should strive to recognize minority perspectives and every department should make it a goal to offer multiple courses that include or focus on minority perspectives”. Biology would discuss eugenics and Systems Engineering would “discuss culturally sensitive industrial organization”. Such demands have become altogether typical.

Academic departments would be subservient to activist departments. The latter would take over and hollow out the former leaving nothing but worthless degrees and student debt. Graduates would be qualified to do little except be activists and “allies” in their chosen fields. Their mission would be to propagate and enforce politically correct doctrines in the classical Soviet political commissar sense.

Safe space culture would silence dissent among faculty and students while creating activist student-faculty organizations empowered to conduct endless purges and protests. College would be free and utterly useless for anything except turning out the next generation of community organizers. It is not only the ideas themselves that are endangered, but the entire mechanism for exchanging them.

The activist model would not only eliminate intellectual diversity, it would eliminate education.

The campus wars are about political correctness as a way of life. And we are only beginning to discover what that truly means.

AlfonZo Rachel: Why Zo Isn't Interested in Promoting a Candidate

Obama in Cuba: WHY?!