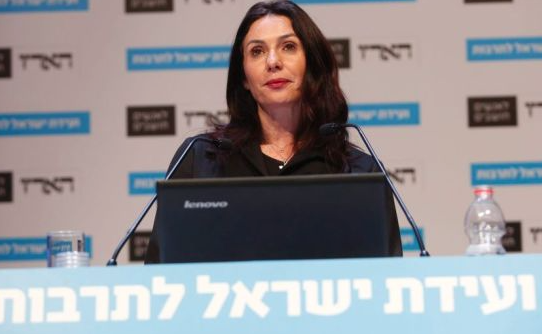 Mexican President Pena Nieto has recently compared Donald Trump to Hitler and Mussolini. This statement was initially made with respect to his “rise” but was soon stripped of all PC petals: several Harvard-weaned left-wing ideologues and other “op-ed” pundit Sanders-lovers have promptly repeated Nieto comparing Trump to Hitler without any qualms. Why is no one upset and abhorred by this outrageous defamation which casts aspersions on our political system and our culture as much as it does on Donald Trump and millions of his followers?

When they asked Dr. Carson how he explained to the foreign media the “despicable row” on the Republican primary stage, Dr. Carson replied that we were all appalled and felt ashamed. I am not! It is democracy at work, you foreign indoctrinated left-wingers! Watch and learn!

Nieto is the most corrupt Mexican politician in recent history. His mother pomaded his hair with lemon juice to make it stick and called him “Quique” when he was a boy – short for Enrique – which means,  “Master of the estate.” She brought him up to be a politician. He has never worked outside of politics, never held a job, knows nothing about business except the theory from his “MA in business” – probably just enough to learn how to tax and undermine small businesses. Like Sanders, Nieto has always been a socialist. He rules over a decrepit corrupt system based on three parties which vie with one another for socialist primacy.

The Institutional Revolutionary Party Nieto represents has held power in the country for 71 years, first as the National Revolutionary Party, then as the Party of the Mexican Revolution. It is a full member of the Socialist International, which is a congregation of socialist-communist parties from around the world under the Marxist heading: “Proletariat of the World, Unite!” (I vividly recall how the communists slobbered in the 1980s over Andrea Papandreu, Greek commie PM, former head of the Socialist International…) The other two significant parties in Mexico are of the same disposition: the left-wing PRD (Party of the Democratic Revolution), and National Action Party (PAN). No wonder Mexico, pobre Mejico, is so corrupt, It has been ruled by socialists for over half a century! The country is roughly comparable to the Chicago or Detroit under 30 years of Democrats’ “rule” – only worse off, because there is no way out and it has been like this for generations.

Do you have a Hispanic friend? I do. Ask them what they think about Nieto. I did. I was told Nieto is the worst they have had for a long time. He married his soap opera actress of a wife to win the elections and corruption, drug trade, and the system of socialist perks have only gotten worse under him. Nieto is a nephew of the former Governor of the State of Mexico. He himself started as a notary public and soon “graduated” to the Governor of the State of Mexico… Why does no-one speak about these facts? Let me tell you why – it is not politically expedient, not something Obama-lovers would find appealing.

Today, Obama is meeting with the “good-looking Trudeau” (in Obama’s words), “thawing” U.S.-Canada relations. What exactly is “thawing?” Meanwhile, he called the Middle East “situation” a state of “Cold Peace!” Cold Peace? It is impossible not to notice the “climate change” references! Let us not forget that all “Green Parties” around the world (in particular in Europe) are 100% composed of communists! It is a veneer – alas, too thin not to see through.

One cannot help comparing Trudeau, a second generation socialist (his father was Canada’s Prime Minister) to Nieto. The main topics of the Obama-Trudeau gay socialist pow-wow are climate change and TPP. The latter is called “free trade” but is anything but: the socialist are transforming the words “free trade” into a commie vehicle. How? It is another thinly-disguised PC term for “down with walls and borders,” a communist motto of the Second International and Socialist International: the “proletariat of the world” must “unite” against all capitalists of the world – it is the “evil capitalists” that build walls and fences to separate the proletariat of the world!

To summarize, Iran has fired two nuclear missiles with “Israel Must Be Wiped Out” written on them, halted talks on oil freeze, has executed one thousand people last year, including children (under 18) for drug possession and “sex crimes”.  North Korea has likewise fired two short-range missiles with “miniature nuclear warheads” on them, conducted at least one nuclear test.  China has usurped the South Sea international trade hub (where we sent 2 “two” bombers – to do what exactly – threaten China?) and Obama speaks about “thawing permafrost,” “thawing icebergs,” and “thawing relations with Canada…” Obama’s brain is thawing – that is the only climate change in America!

Is anyone surprised Netanyahu turned down Obama’s “invitation?” Israel’s minister of culture Miri Regev said: “Cut the bull***!” As a Moroccan-born woman, former brigadier-general in the Israel Defense Forces, she has had her share of discrimination… She would not go about whining, asking the government for more “fairness.” Like Donald Trump, she approaches the issue from a pragmatic point of view, quoting the ancient Chinese philosopher of war Sun Tzu: “Cut the Bull***!”