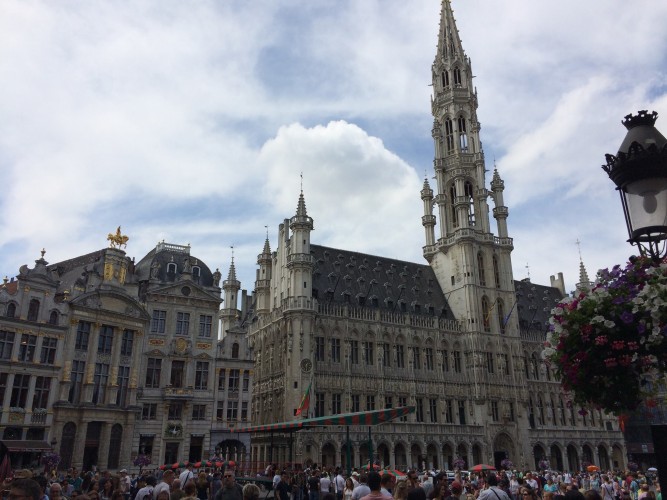 A convicted ISIS recruiter who ‘planned imminent terrorist attack in France’ is among seven arrested as police use grenades in raids in Belgium and Paris Thursday night.

According to Daily Mail:

“Seven people have been arrested in Belgium and Paris after masked anti-terror police carried out a string of raids across Europe in connection with the Brussels massacres and a new terror plot.

Armed police swooped on properties in the Schaerbeek and Jette districts of Brussels and arrested a total of six people, who are thought to be connected to Tuesday’s airport and Metro bombings.

German police have also arrested two more people with suspected links to the attackers while a new suspect in the Brussels plot, 28-year-old Syrian Naim al-Hamed, has also been identified.

It comes as it was revealed that the Frenchman arrested in the northern Paris suburb of Argenteuil last night was identified as a convicted ISIS recruiter who was in the ‘advanced stages’ of planning an attack in France.

Reda Kriket, 34, was reportedly jailed in his absence in Belgium last year in connection with a network sending jihadists to Syria. He was placed on a Most Wanted police list in January, and was considered ‘extremely dangerous’.

Daniel Greenfield: Islamic Terrorism Is Over If You Want It