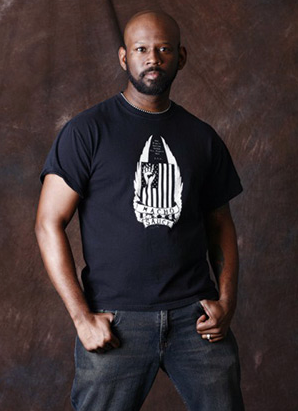 My Buddy, Ann Marie sent me a posting from a very confused and contrary so-called Christian.  This person opens up by making pretty solid Christian conservative statements then follows it with statements that contradict what you were supposed to believe about the opening:

Dear fellow Christians,
On homosexuality… On abortion… on Islam…
Some of you have wondered. So let’s be clear.
I believe marriage as designed by God is meant to be a union between one man and one woman.
I believe abortion-on-demand is a terrible response to a real dilemma faced by women (and those who love them).
I believe Islam is in error regarding the identity, mission, and history of Jesus Christ.
And I will not vote for candidates put forth by the party that claims to champion “traditional” marriage, the repeal of Roe v Wade, or the defeat of faux enemies involved in the supposed “Islamization” of America.
The Republican Party has become a party with one goal; to institutionalize a twisted nationalistic religion claiming to be Christianity but bearing less and less resemblance to biblical faith with each passing year.
The Republican Party has cloaked itself in God-speak while advocating the undermining of equality under the law…

There’s a book that does this, by the way. It’s called the Quran. It repeats just enough of the Bible to make it seem trustworthy, and then with that leverage it lies.  And this person is a capital confused liar. The party that takes liberties and twists Christianity to justify their selfishness has been the democrats. They used it to falsely justify slavery, and they use it to justify depriving people of their right to property.

The ones who have instituted what is unGodly are the Democrats. They put government before God, they justify institutionalized theft, murder, covetousness, and adultery. They endorse secularism and humanism which invites people to have idols over God.  They despise and destroyed the father and mother unit to give honor to, and adultery.

This person accuses Republicans of trying to institutionalize a twisted view of Christianity when the Democrats have overtly made the environmentalism the state sponsored religion that they penalize the people for not embracing.  This person does not understand the ten commandments, the work of Jesus Christ to fulfill the law or the balance of freedom.  This person is speaking from a place of self righteousness that would have Jesus turning over in His grave if He were still in there.

This so called Christian cites Jimmy Carter and Barack Obama as the most publicly Christian presidents.  Here’s more:

The Republican Party has, at first covertly and with this election cycle overtly, embraced a racist tribalism rooted in the old “Southern Strategy” designed by George Wallace and then Richard Nixon.

The Republican Party has done more damage to the Gospel of Jesus Christ by usurping a Christian Identity than all the Atheists such as Richard Dawkins could ever do. I have this from the mouth of Christian missionaries facing hostility worldwide because of GOP nationalism masquerading as biblical faith.

Yes, Democrats can be obnoxious and stupid and evil as well. But the Democratic Party does not cloak itself in Jesus language. Additionally, and this continues to baffle and infuriate me, it is the Democratic Party which has given us two of the most publicly Christian (in word and often deed) Presidents in recent memory: Jimmy Carter and Barack Obama. Both men received the usual reward for such behavior: vilification and scorn from the so-called “Christian Right.”

Homosexual marriage? It isn’t our job as Christians to force moral behavior upon others that we often don’t even live ourselves. (Trump’s various marriages as just one example.) Marriage has existed much longer than Christianity has… and while I believe the Scriptures, I see nothing in them to justify my forcing my views on marriage upon another person. This fails the “Love your neighbor” test, but does work very well for the GOP as they use homosexuality every election to rally their Evangelical troops.

Abortion? Hillary Clinton’s phrase, “I believe in making abortions safe, legal, and rare,” ticked off the Republican / Evangelical Right. But there are many ways Christians can help in making abortions rare. One of them is to insist that goverment programs be created and/or strengthened to help pregnant women find housing, food, daycare so they can work… and jobs. Churches can, should, and sometimes do help. But the government — most Democrats believe — is not an evil “other” out there, but rather “of the people by the people for the people.” It is us! The GOP? Illinois’ GOP Gov. Rauner, as one of his first acts in office, blocked daycare funding and denied 5,000 Illinois children access to state-subsidized daycare. At least 100 child care providers closed their doors.

There really wasn’t much point in continuing to read this person’s junk after that. The policies of Barack Obama are to force people to accept what is apart from God. Jimmy Carter says, “I believe Jesus would support gay marriage although I don’t have scripture to back that up.”  Let me help ya out Jimmy.

Jesus made a special appearance to Saul who became apostle Paul, and Paul with the endorsement of Jesus Christ reported that wrong doers and Those who indulge in sexual sin, or who worship idols, or commit adultery, or are male prostitutes, or practice homosexuality, will not inherit the Kingdom of God.
So no. Jesus would not be accepting of Gay marriage. And I can back that up with scripture. That’s not hate. I don’t hate homosexuals, I hate having to be forced to endorse what is against God and nature’s ordinance.  This person is trying to bring up bigots like George Wallace to make a case against republicans. Hello. George Wallace was a Democrat. Next.

Southern Strategy? Oh I see. A bunch of bigoted Democrats who hated Republicans (who were the actual champions of civil rights) all of a sudden switched over to the party they hated. Sure. Sounds logical. And if they “switched” how come there’s not a whole bunch of former Republicans on the Democrat side?
There is only one real southern strategy that worked, and that’s when LBJ said “I’ll have these N-words voting Democrat for the next 200 years.” Blacks are still voting Democrat at over 90%.

One last issue…Muslims. Yes, I believe Jesus was and is and ever will be God’s Son, a member of the Triune Godhead, crucified and raised from the dead for our restoration and salvation from sin. Muslims don’t believe that. And if anyone messes with my Muslim neighbor, they mess with me. The hatefest among GOP candidates on this score invalidates them *all* as being Christians of any depth. If you don’t get loving your neighbor, you don’t get Jesus.This person talks about hate. Hate is well expressed as slander, and that’s what this person is doing. Fitting, since Satan means slanderer, or accuser.

This person is a wolf dressed up like a goat, and the goats are too stubborn to get that they don’t get Jesus (to borrow the claim that this person made saying we won’t get Jesus.)  The goats don’t pass for sheep.

Anyway. This person is very confused about how the balance of freedom is applied and has a lot of growing up to do concerning love. This so called christian has a bad case of projection. I recommend this person take that telephone pole out of their own eye before worrying about the splinter in someone else’s.

AlfonZo ("Zo") Rachel is a Christian conservative social/political humorist. His work is distinguished by his grinning delivery and rapid-fire rant style in his video commentaries called ZoNation on PJTV.com. Rachel is also the founder and drummer for 20 lb SLEDGE. Zo has written a book, WEAPON OF A.S.S. DESTRUCTION (American Socialist States). Visit his website at AlfonZoRachel.com Read more at http://alfonzorachel.com/about#VHz5kOOmTRY5P1C1.99