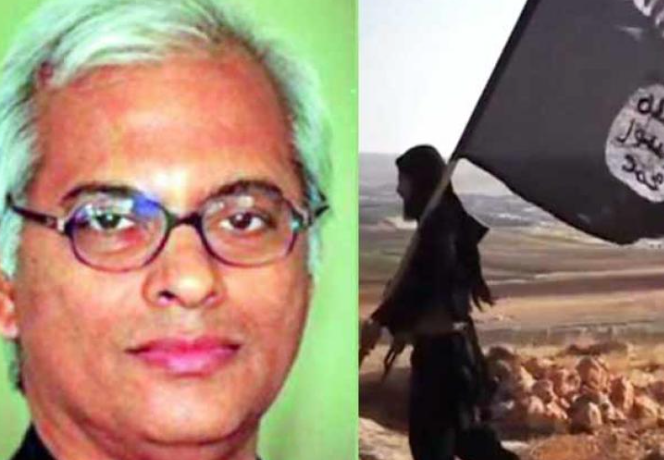 The Salesian priest was abducted on March 4 when ISIS militants attacked a nursing home for the elderly in the southern city of Aden, Yemen. ISIS slaughtered four nuns, two Yemeni female staffers, eight elderly residents and a guard of the Mother Teresa’s Missionaries of Charity home.

A surviving nun, Sister Sally, hid behind a door in a refrigeration room. Her witness to the gruesome deaths of her fellow Christians is why she believed she was spared in the attack. The terrorists went to the refrigerator room three times to find her, miraculously she was not discovered.

The nuns were the only Christian presence in Aden, Yemen.

The ISIS militants mercilessly killed the other women who worked there. Their concern was for the nuns, crying out, “Don’t kill the sisters,” before being killed.

A WhatsApp warning the week before Easter weekend said ISIS would crucify the kidnapped Father Ushannalil on Good Friday. Efforts to find the priest by the Vatican and the FBI in correlation with Persian Gulf Church groups were unfruitful. The Indian embassy officials in North Africa were also looking to find him.

The Archbishop of Vienna, Christoph Cardinal Schonborn, confirmed to his congregation during Easter Vigil Mass that the crucifixion had taken place.

This is one horrendous incident in the mass annihilation by ISIS of religious minorities taking place globally.

The United States has been reluctant to address the growing extermination of minority religions by the rise of ISIS.

However on Monday, CNN reported the House of Representatives unanimously passed the resolution”labeling the ISIS atrocities against Christian groups in Syria and Iraq ‘genocide,’ a term the State Department been reluctant to use about the attacks and mass murders by the terror group.”

Both Republicans and Democrats in the House united together “393-0 to back a ‘sense of Congress’ saying the crimes committed against Christians, Yezidis and other ethnic and religious minorities in the region amount to war crimes and in some cases, genocide.”

Jeff Fortenberry, (R-NE) district has the largest group of resettled Yezidis in the U.S., authored the resolution with California Democratic Rep. Anna Eshoo.

Fortenberry said in his March 14 debate,

“This is [a] threat against civilization itself when a group of people, ISIS— 8th century barbarians with 21st century weaponry—can systematically try to exterminate another group of people simply because of their faith tradition violating the scared space of individuality, conscience and religious liberty, you undermine the entire system of international order.”

We have witnessed a weak president and administration that for the past seven years ignored the atrocities afflicting not only Christians but minority religions in general. The United States government’s verbal recognition of the mass genocide taking place by the rise of ISIS is only a beginning.

The American media rarely covers the worldwide abominations against the religious minorities in any detail. They should be held accountable for dereliction of duty. The American people cannot speak out or demand leadership take action to stop the carnage if they are not aware of the global genocide’s escalation.

Wisconsin #GOPTownHall: Candidates Backing Away From the Pledge