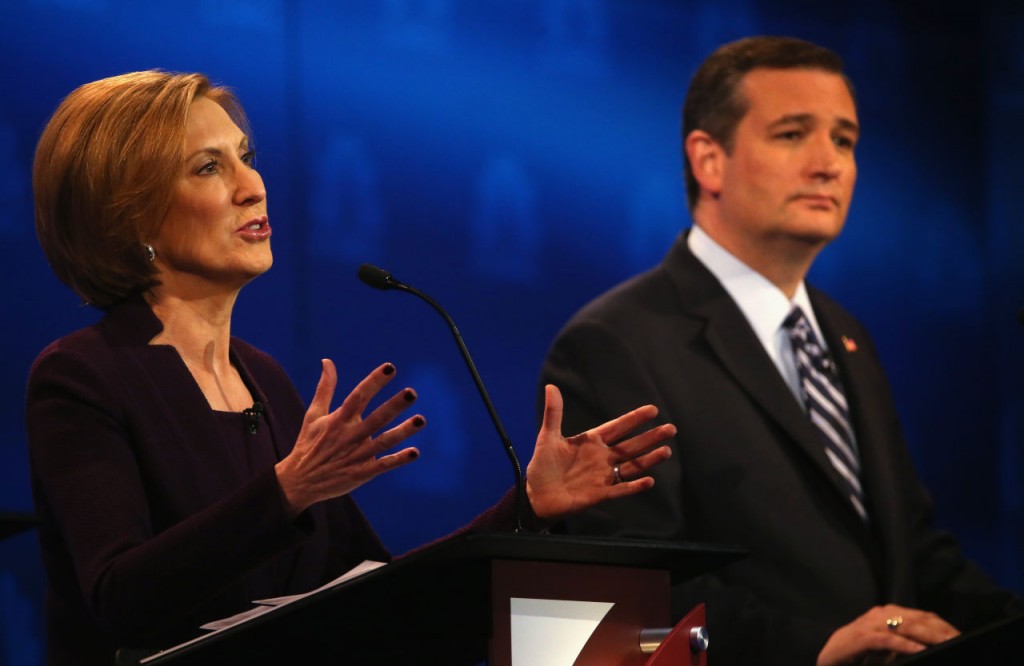 “I checked the box for Ted Cruz,” Fiorina said, in a surprise appearance. “And I am here to tell you why.”

She went on to add that she will continue to “raise her voice” as to why Hillary can’t be the next president. “You know I have been relentless in my criticisms against Hillary Clinton,” she stated. “We need to go on to win in November by beating Hillary Clinton.  And I will continue to raise my voice to men and women across this country about why she cannot be our Commander in Chief.”

Fiorina’s endorsement came just hours after Super Tuesday 2, where Trump extended his delegate lead to 458, 99 more than Cruz who has 359 at the moment. The Texas Senator has a week left to close the gap to prevent Trump from winning the nomination, especially in critical winner-take-all-primaries in Florida and Ohio. If Trump wins Florida, a state of 99 delegates are awarded to the winner, he has ran away with the nomination. Cruz has chosen to stop Trump’s momentum, by trying to remove Rubio from the picture. Opening 10 offices and investing much time and money in Rubio’s own home state, Cruz might succeed in ruining Rubio chances, eliminating him as well and closing the race to a two-man showdown between him and Trump.

“Carly Fiorina is a strong, principled leader and woman of faith,” said Cruz. “Our campaign is stronger with her leadership and her voice. Her story embodies the promise that in America anyone can start as a secretary and become a Fortune 50 CEO. Carly speaks the truth with courage, doesn’t back down to the Washington power brokers, and terrifies Hillary and the Democrats. We are blessed to have her support, and together I am confident we will continue to unite conservatives so that every American has the opportunity to achieve the unimaginable.”

Daniel Greenfield: Everyone Except Hillary is Racist and Sexist